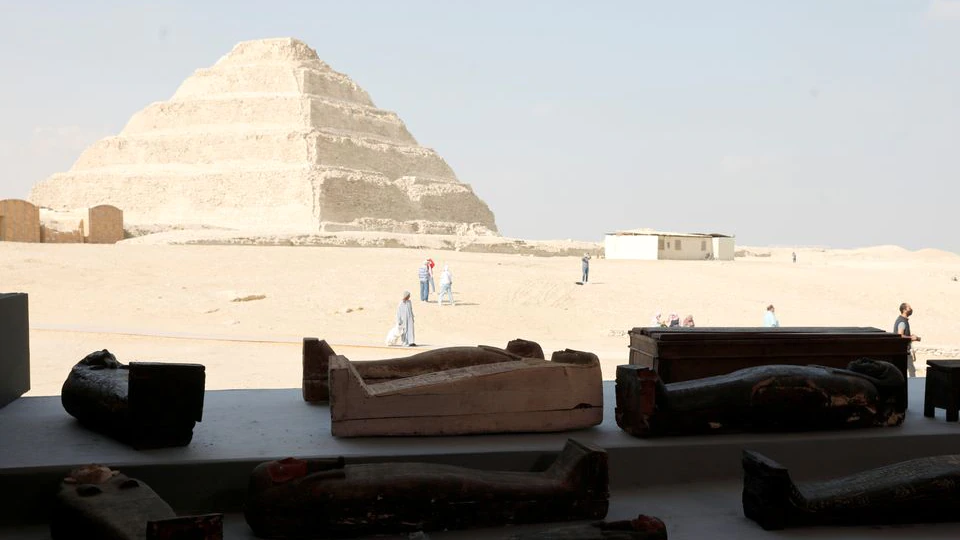 Sarcophagi that are around 2,500 years old, from the newly discovered burial site near Egypt's Saqqara necropolis, are seen during a presentation in Giza, Egypt, November 14, 2020. (Photos: Agencies)

Egypt on Tuesday reopened to tourists the 4,700-year-old southern tomb of King Djoser at the pyramid of Saqqara, south of Cairo, after a 15-year renovation.

Inscribed on UNESCO's World Heritage List, the tomb lies near the Third Dynasty pharaoh's famous Step Pyramid, Egypt's earliest large-scale stone structure, which itself was closed for restoration until March 2020.

The southern tomb, built between 2667 B.C. and 2648 B.C., is thought to have been built for symbolic reasons, or perhaps to hold Djoser's internal organs, said Mostafa Waziri, secretary-general of Egypt's Supreme Council of Antiquities. 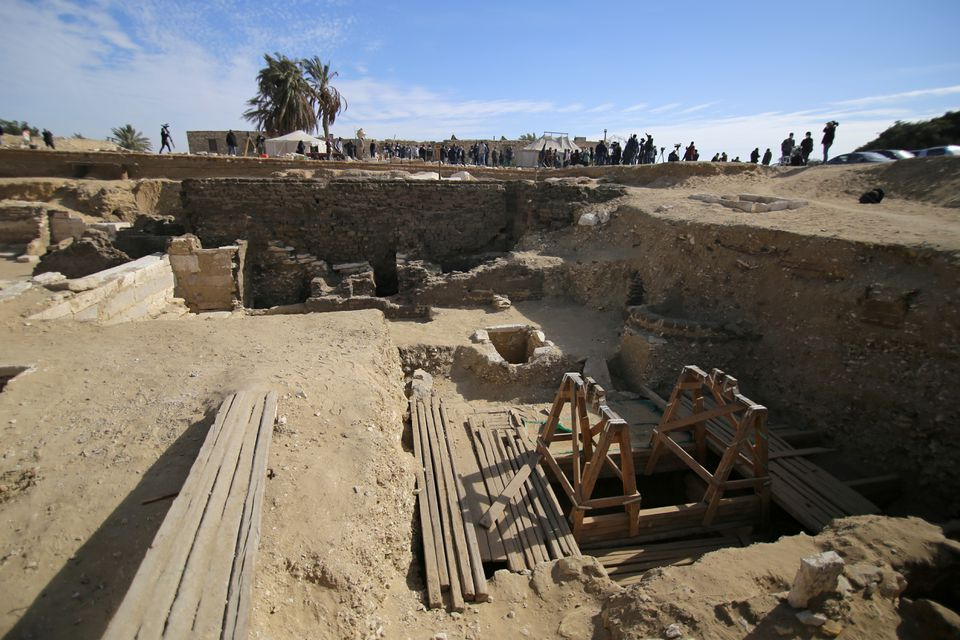 The site of a new discovery at the Saqqara necropolis south of Cairo, Egypt, January 17, 2021.

The site of a recent discovery at the Saqqara necropolis south of Cairo, Egypt, January 17, 2021.

Egyptian Minister of Tourism and Antiquities Khaled El-Anany and a group of invited guests attended a special ceremony held to mark the completion of restoration work.

In 2006, the Egyptian government started a restoration project to restore it to splendor, which included engineering, geotechnical, geo-environmental, and archaeological studies.

Egypt is keen to reinvigorate tourism following the coronavirus pandemic and has unveiled a series of new discoveries such as the remains of a Greco-Roman town and a new museum in recent months.