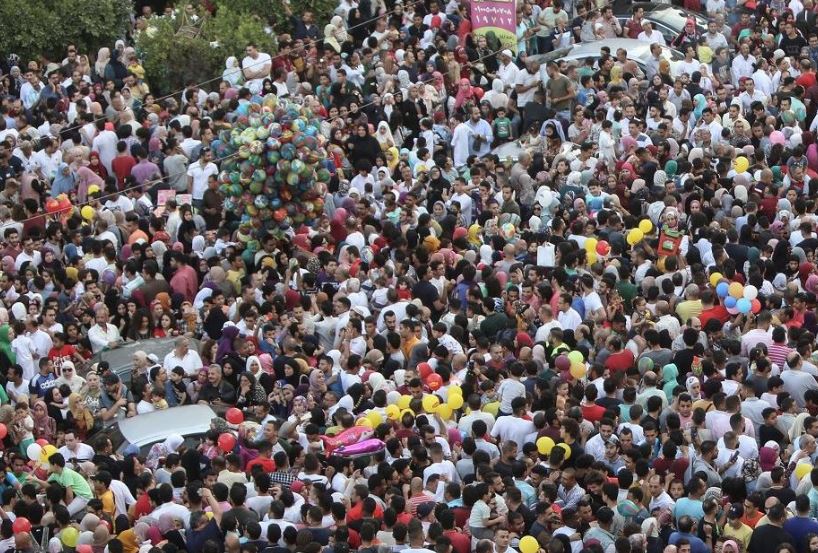 Egypt's population has surpassed 100 million, with statistics showing that a baby is born every 17.9 seconds according to the state statistics body.

The North African country has witnessed a rapid population growth in the past three decades, having risen from 57 million in 1990.

The population growth rate has caused concerns among authorities who have recently responded by encouraging people to have smaller families.

As with most Arab countries, Egypt has a youthful population with just over 60 percent under the age of 30.

Around 10 million Egyptians live outside the country, most of them in the Gulf in search of better economic opportunities.