"We announced today the discovery of 100 colored sealed coffins from the Ptolemaic era... The coffins were discovered in Saqqara necropolis of Giza," Egyptian Tourism and Antiquities Minister Khaled al-Anany told Xinhua on the site of the discovery.

Meanwhile, the minister added that many artifacts and funerary masks and statues were also found at the burial sites of the coffins, noting that all the 100 coffins are in very good condition of preservation. 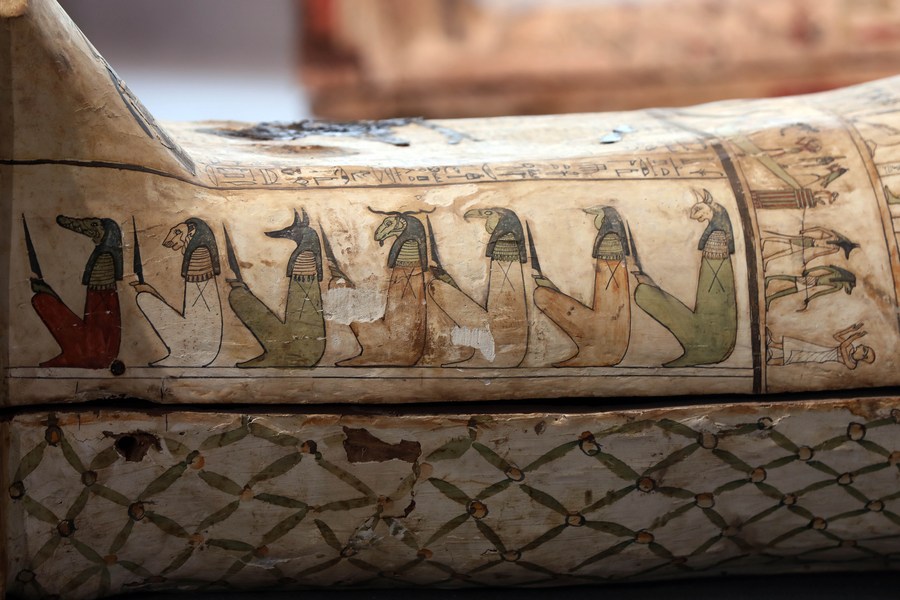 Photo taken on Nov. 14, 2020, shows details on an ancient coffin on the site of the discovery in Giza province, Egypt. (Xinhua/Ahmed Gomaa)

"The works has not stopped yet at this site... our missions will continue excavations, we might announce more discoveries from this site before the end of the year," Anany revealed.

He stressed that Saqqara is an antiquity-rich area, adding that he is very proud that the discovery was made by an Egyptian archaeological mission.

The minister said such discoveries help people know more about funeral practices in Saqqara necropolis during that period. "This helps us know more about the mummification practices and technique in the area."

The minister explained that the coffins will be displayed at the Grand Egyptian Museum, the National Museum of Egyptian Civilization, the Egyptian Museum in Cairo, as well as the Museum of the New Administrative Capital. 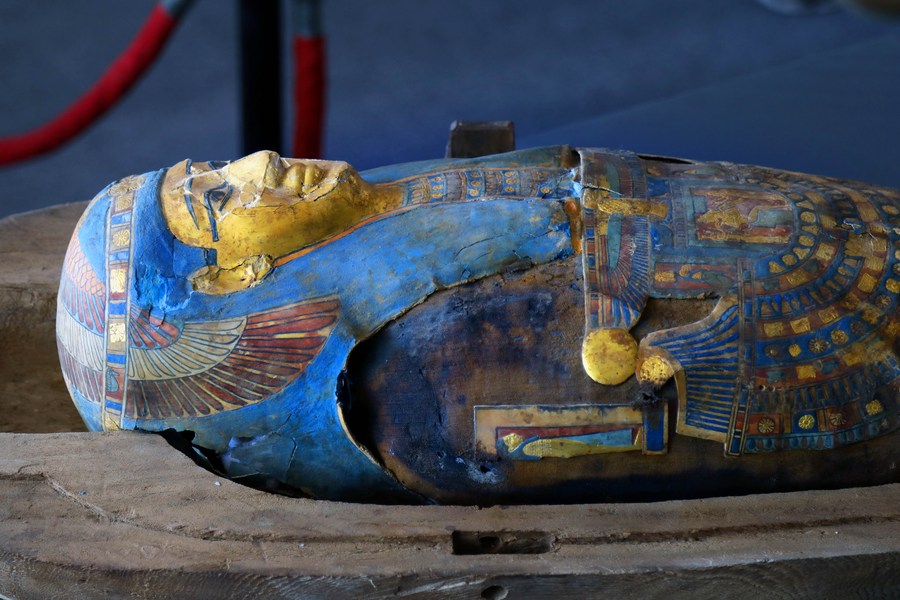 An ancient coffin is seen on the site of the discovery in Giza province, Egypt, on Nov. 14, 2020. (Xinhua/Ahmed Gomaa)

On Oct. 3, the ministry announced the discovery of 59 well-preserved coffins at Saqqara.

The new 100 coffins, as well as 40 statutes of ancient god Ptah, were found in three 12-meter deep shafts.

In addition, 20 wooden boxes of god Horus, two wooden statues of a person called "Phnomus," a number of ushabti statues, amulets and four gilded funeral masks were also found at the burial place.

During Saturday's announcement, which was attended by large number of Egyptian officials, foreign ambassadors and public figures, ministry experts opened a coffin with a mummy inside and conducted an X-Ray examination for the mummy.

The X-Ray examination revealed that the mummy belonged to a male, giving an age range of 40-45 years. The check also showed that the man was 165-175 cm tall. 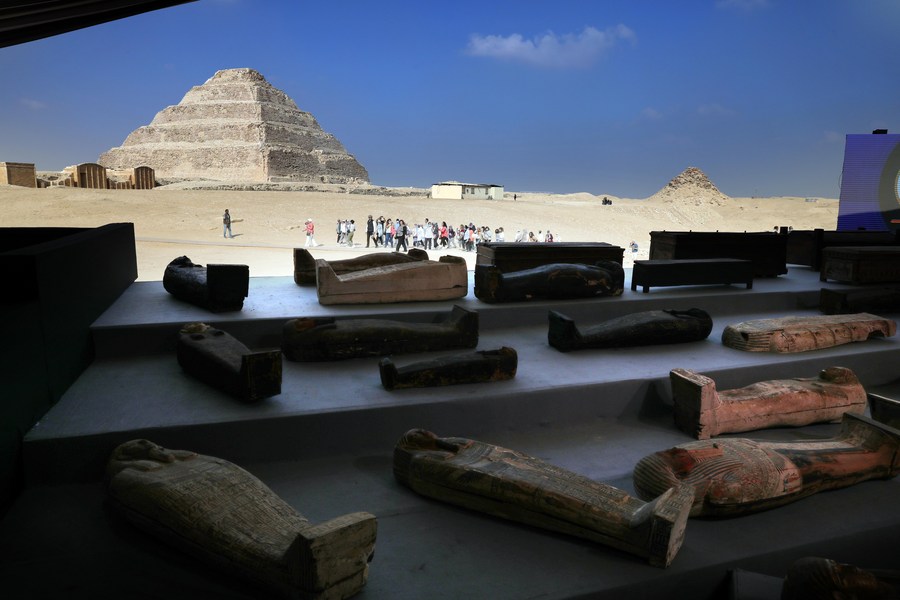 Ancient coffins are seen on the site of the discovery, near the Step Pyramid of Djoser in Giza province, Egypt, on Nov. 14, 2020. (Xinhua/Ahmed Gomaa)

"This discovery is very important because of the number of the unveiled coffins," Secretary General of Egypt's Supreme Council of Antiquities Mostafa Waziri, who headed the Egyptian mission that made the discovery, told Xinhua.

He revealed that the coffins belong to high-ranking official and rich people.

"The coffins can tell that the mummies inside belonged to rich people," Waziri explained. "The materials, decorations and the mummification techniques revealed the prestigious status of the owners of the coffins."

He also highlighted the importance of making the discovery by an Egyptian mission, noting that around 95 percent of the discoveries made in the past three years at the site were made by "Egyptian hands."

The North African country has witnessed several large-scale archeological discoveries in recent years in different parts of the country, including Pharaonic tombs, statues, coffins and mummies.