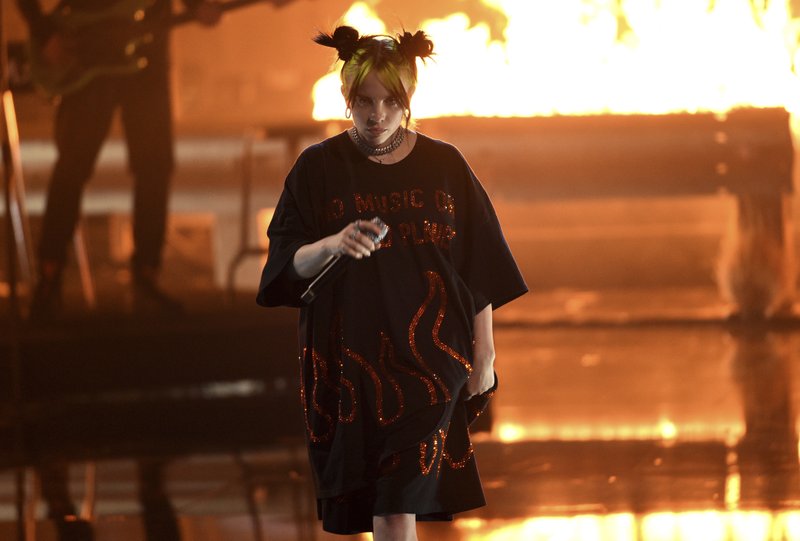 In this Sunday, Nov. 24, 2019, file photo, Billie Eilish performs "all the good girls go to hell," at the American Music Awards at the Microsoft Theater in Los Angeles. (Photo: AP)

Billie Eilish came away with the most nominations for the upcoming iHeartRadio Music Awards.

iHeartMedia announced Wednesday that Eilish received seven nominations. The singer will compete for female artist of the year and song of the year with “bad guy.” Lil Nas X and Lizzo are each nominated six times.

The awards will air live March 29 on Fox from the Shrine Auditorium in Los Angeles.

Lil Nas X will compete for the song of the year with “Old Town Road.” Other song-of-the-year nominees include Shawn Mendes and Camila Cabello‘s “Señorita,” Jonas Brothers’ “Sucker” and “Truth Hurts” by Lizzo.

Eilish will face off against Taylor Swift, Lizzo, Halsey and Ariana Grande for female artists of the year. For the men’s top artist award, Ed Sheeran, Khalid, Luke Combs, Post Malone, and Mendes will vie for the honor.