PARIS, Nov. 23 (Xinhua) -- A manuscript co-written by Albert Einstein on his theory of relativity was auctioned Tuesday for 11.7 million euros (about 13 million U.S. dollars). 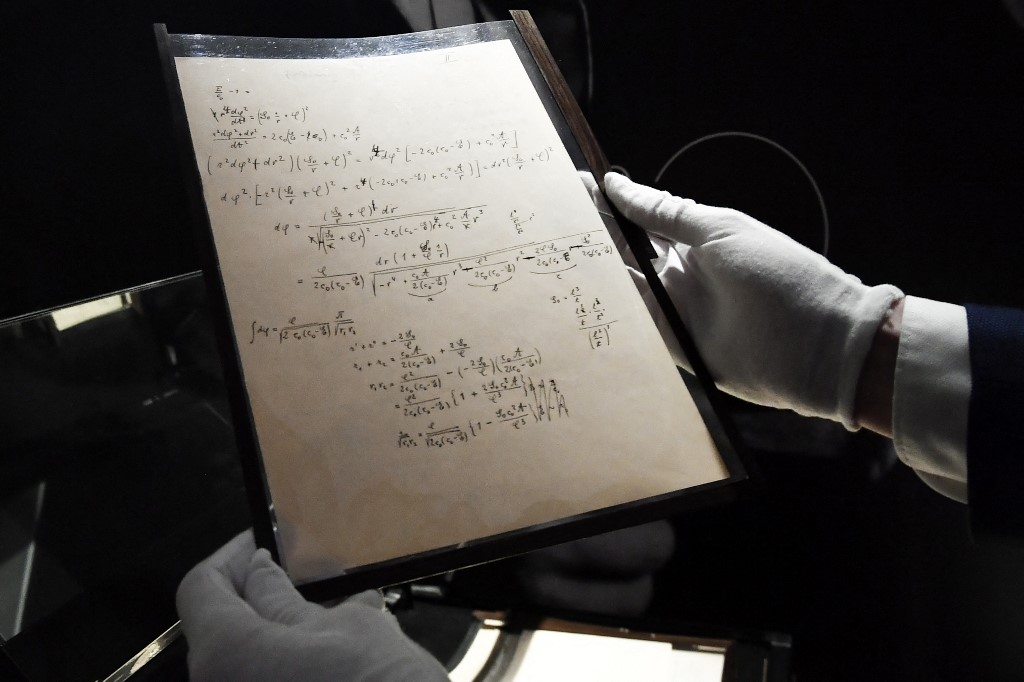 A picture taken on November 22, 2021 shows pages of one of the preparatory manuscript to the theory of general relativity of Albert Einstein, during their presention a day before being auctionned at Christie's auction house in Paris. (Photo: AFP)

The manuscript was sold by Christie's in Paris to an anonymous buyer.

Christie's said on its website that the 54-page working manuscript, co-written by Einstein and Michele Besso between June 1913 and early 1914, was a crucial stage in the development of the General Theory of Relativity.

It is one of only two surviving manuscripts documenting the genesis of the theory, and provides a fascinating glimpse into the mind of the scientist, Christie's added.

The auction house had previously estimated the value of the manuscript at between 2.4 million and 3.5 million dollars.

In 2019, an exhibition marking the 140th anniversary of Einstein's birth was held in Shanghai, China. Handwritten pages of the General Theory of Relativity and famous equation E=MC2 (squared) were displayed.