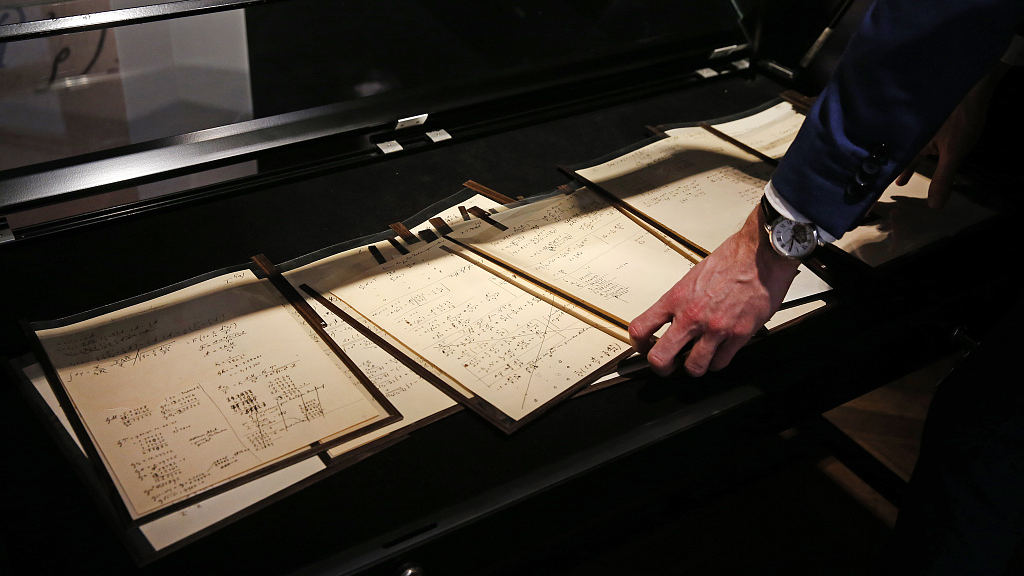 The manuscript jointly written by Albert Einstein and Michele Besso between 1913 and 1914 is displayed at Christie's auction house in Paris, France, November 23, 2021. (Photo: CFP)

A manuscript co-written by Albert Einstein on his theory of relativity was auctioned Tuesday for 11.7 million euros ($13 million).

The manuscript was sold by Christie's in Paris to an anonymous buyer.

Christie's said on its website that the 54-page working manuscript, co-written by Einstein and Michele Besso between June 1913 and early 1914 in Zurich, Switzerland, was a crucial stage in the development of the General Theory of Relativity.

It is one of only two surviving manuscripts documenting the genesis of the theory, and provides a fascinating glimpse into the mind of the scientist, Christie's added.

The auction house had previously estimated the value of the manuscript at between $2.4 million and $3.5 million. 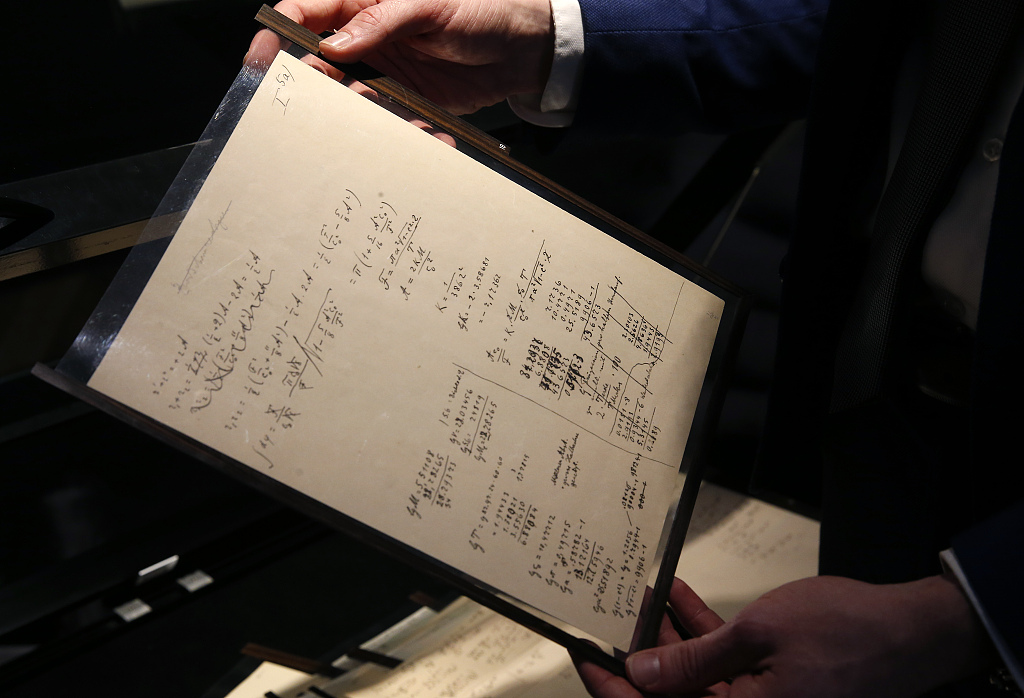 The manuscript discusses Albert Einstein's theory of general relativity, building on his theory of special relativity from 1905 that was encapsulated in the famous equation E=mc2. (Photo: CFP)

Einstein died in 1955 at the age of 76. He is lauded as one of the greatest theoretical physicists of all time. His theories of relativity revolutionized the field by introducing new ways of looking at the movement of objects in space and time.

Einstein also made major contributions to quantum mechanics theory and won the Nobel physics prize in 1921. He then became a pop culture icon thanks to his dry witticisms, and trademark unruly hair, mustache and bushy eyebrows.

In 2019, an exhibition marking the 140th anniversary of Einstein's birth was held in Shanghai, China. Handwritten pages of the General Theory of Relativity and famous equation E=mc2 were displayed.