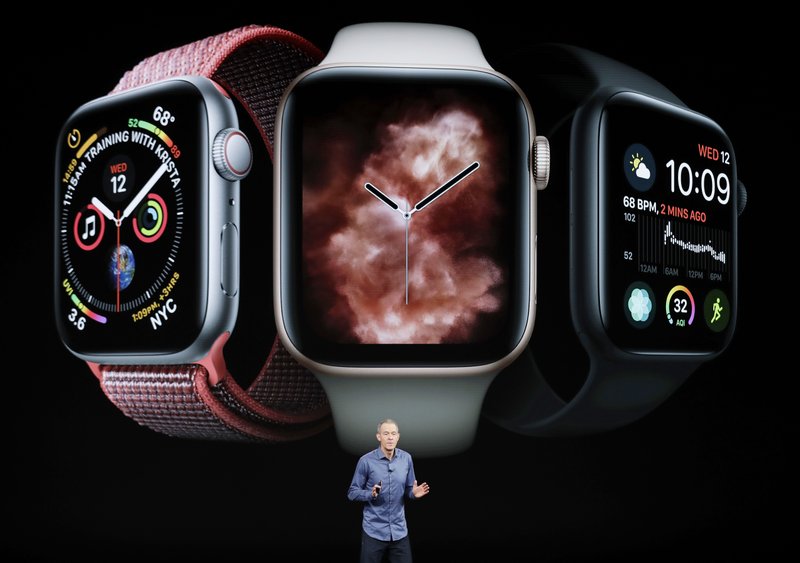 Apple Watch is now fulfilling its promise to let people take EKGs of their heart and notify them of any irregular heartbeat.

Apple announced the heart features in September, but didn’t make them available until Thursday. The new features have been given clearance by the US Food and Drug Administration and are for US customers only.

The watch can intermittently check the wearer’s heart rhythm in the background and send a notification if it detects irregular heart rhythm. That can point to atrial fibrillation, a condition that can increase the risk of stroke and other complications. Apple says the watch will notify users if it detects an irregular rhythm on five checks over at least 65 minutes.

When symptoms appear, users can also take an EKG, or electrocardiogram, and share that with doctors. This feature is available for the latest, Series 4 version of the watch. The app, called ECG, comes as part of a free software update for the watch.

The irregular heart notification is available for older models, too, starting with the “Series 1” model in 2016. It doesn’t work with the original, 2015 model.

Apple is adding medical features to make the watch feel more useful to people. A fall detection feature launched in September. It claims to be able to tell the difference between a trip and a fall — and when the latter occurs, it will suggest calling 911 (or the equivalent outside the US). If it receives no response within a minute, the watch will automatically place an emergency call and message friends and family designated as emergency contacts.