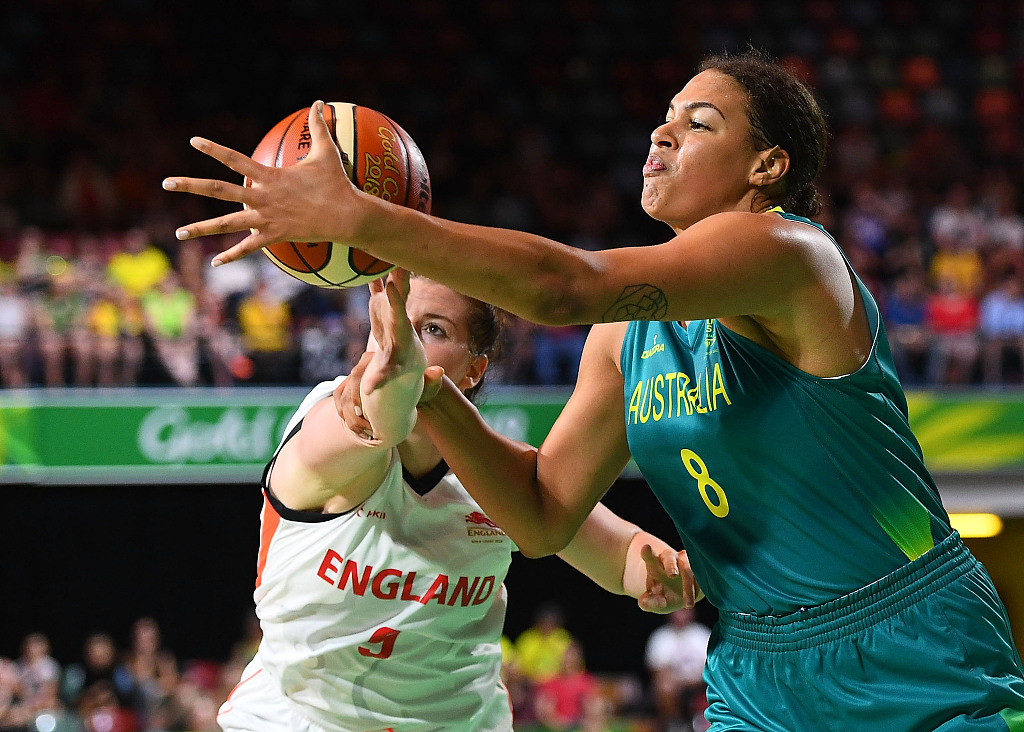 Elizabeth Cambage of Australia contests the ball in a match on April 9, 2018 in Townsville, Australia. (File Photo: VCG)

After originally signing a contract with Shanxi last season, Cambage had not been able to play for her new team because of an ankle injury.

Cambage expressed regret over her absence last season, and emphasized her desire to continue to play for Shanxi.

Cambage, who is 203cm tall and weighs 98kg, is a key member of the Australian national women's basketball team. Unofficially, she is the first female player to successfully dunk the ball at the Olympic Games.