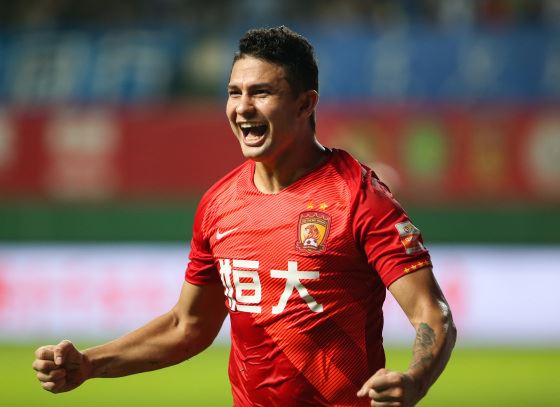 Elkeson celebrates after scoring a goal in the match against Guangzhou R&F, July 20, 2019. (File photo: VCG)

Guangzhou Evergrande striker Elkeson has been named in Marcello Lippi's latest China squad, becoming the first player without Chinese heritage to be called up for international duty.

Brazil-born Elkeson has played in the Chinese Super League since 2013, and is eligible to play for China after meeting FIFA's five-year residency requirement.

The two-time Asian Champions League winner will join former Arsenal player Li Ke, whose English name is Nico Yennaris, to become the second naturalized player in the China squad, and the first with no family ties to the country.

Lippi and his players will assemble on September 2 in Guangzhou to prepare for the upcoming 2022 FIFA World Cup qualifiers, with China's first match on September 10 against the Maldives.