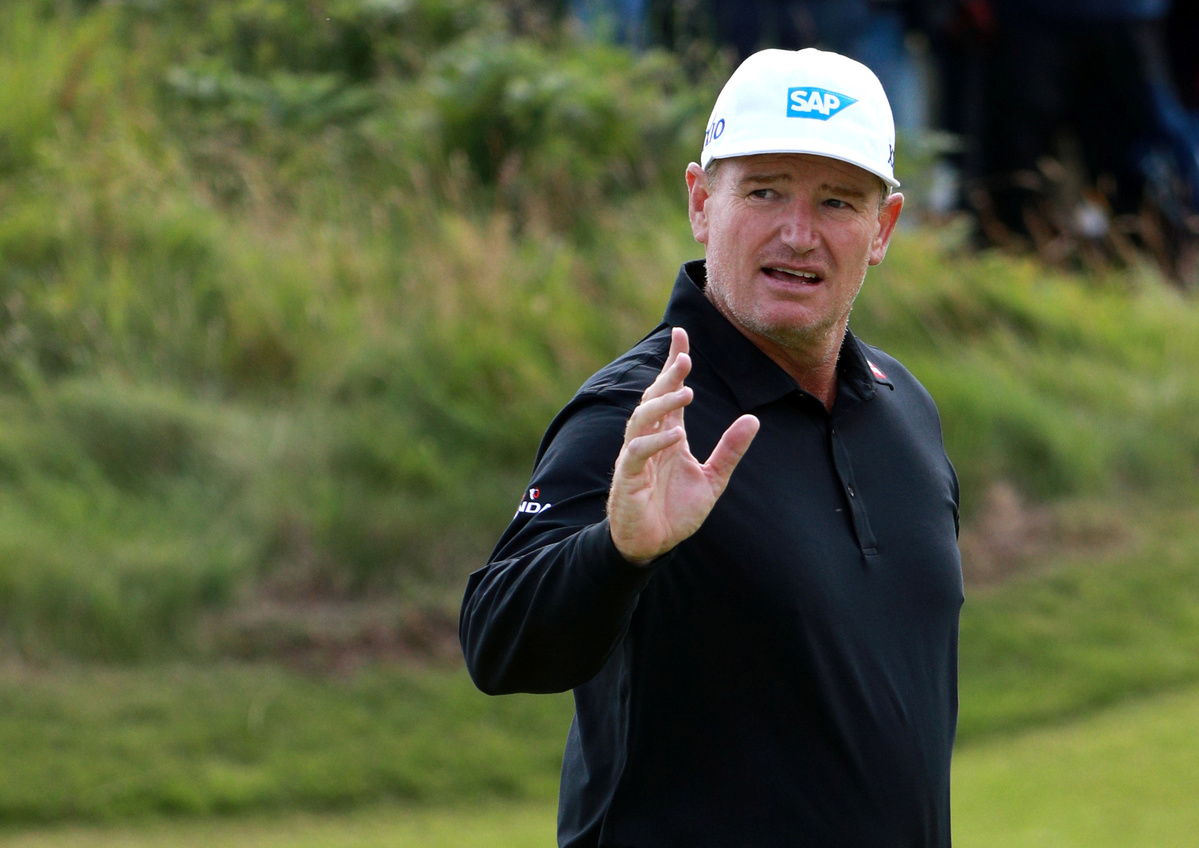 International Team captain Ernie Els is pumped at the prospect of Chinese fans fully backing his squad's quest for a long-awaited Presidents Cup triumph over the United States at Australia's Royal Melbourne Golf Club in December.

In a media teleconference on Wednesday, the South African legend spoke of his great anticipation in the wake of Li Haotong, ranked 50th in the world, becoming the first golfer from the Chinese mainland to qualify for the International Team in the biennial competition.

Mexico and Chinese Taipei will also be represented for the first time in the Dec 9-15 Presidents Cup through Abraham Ancer and C.T. Pan respectively, which Els believes is a sign of the game expanding its global footprint.

"I think it is so important for these players that come from China and Mexico ... this is just great stuff," enthused Els.

"I mean, can you imagine all the people that are going to be tuning in to the Presidents Cup. It's just a whole world that's going to be watching us for the first time.

"For what Mexico has done in golf, what China has done for golf throughout the years, with the PGA Tour going there and so forth, the growth of the game is just staggering.

The 49-year-old four-time major winner, a member of the International Team's lone victory in the series in 1998, said he's prepared to pick more rookies to fill his team's roster in his bid to defy a strong US Team led by world No 1 Brooks Koepka and captained by Tiger Woods.

"There's quite a diverse group still out there and we've got to get four of the best picks to complement the eight already qualified," said Els.

"As I've said before, it's the four sessions that we have to play team golf, and my aim will be to get the four players to complement the eight guys already qualified.

"I mean, there are many players...a lot of these guys are going to be playing big events in the next couple of weeks and months.

"You know, Kiradech Aphibarnrat (of Thailand) has kept his card very comfortably here in the US this year. So Kiradech has done very well.

"Kim Si-woo (South Korea) has had some injuries, but he's a tough player and can play himself back onto the team. Emiliano Grillo, Adam Hadwin, there's many other players."

Els keeps emphasizing to his team that the Presidents Cup could be a life-changing experience－especially when the International Team has won the event only once previously.

"I really hit it right to them that this could be one of the biggest events of their lifetimes just because we are such a diverse team from around the world," he said.

"We have a huge following. We have players from Asia, from Mexico ... possibly from Canada. We have an audience of billions."

The Presidents Cup is a unique event in that there is no purse or prize money. Players are not paid for their participation, but each competitor allocates an equal portion of the funds generated to charities of his choice.

Since the event's inception, more than $49.1 million has been raised for charity from event proceeds, as well as contributions made on behalf of the Presidents Cup, including a record charitable donation of $10.7 million from the 2017 event.