The exhibition is organized by the 219-year-old PEM, the Smithsonian's Freer Gallery of Art and Arthur M. Sackler Gallery, Washington, DC and the Palace Museum to honor the 40th anniversary of the establishment of US-China diplomatic relations.

An international team of experts spent four years travelling to the Forbidden City to investigate the largely hidden world of the women inside. Some of the rare treasures showcased in this exhibition have never been publicly displayed and many of which have never been on view in the United States.

Visitors will also discover engaging in-gallery interactive experiences, such as creating an empress's robe. Other programs include immersive videos and opera performance, as well as English and Chinese language label text and guided tours. 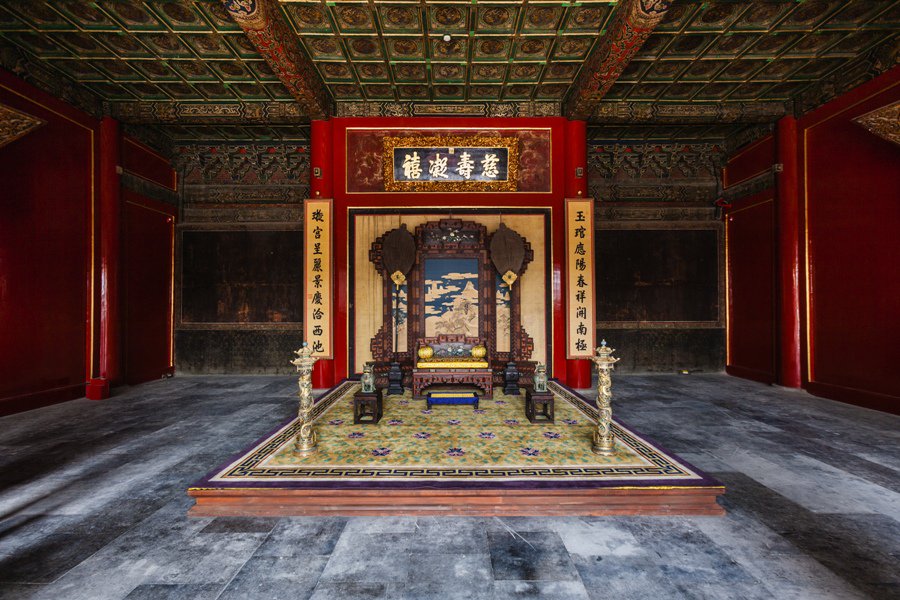 In November 2018, halfway through the six-month exhibition at PEM, an additional 30 artworks from the Palace Museum will be installed in the galleries, including magnificent paintings and imperial robes.

Founded in 1799, PEM, about 16 miles (26 kilometers) north of Boston, is the oldest continuously operating museum in the nation. Its architecture collection of 22 noted historic structures includes Yin Yu Tang, the only complete antique Chinese house located outside China.

The Smithsonian's Freer Gallery of Art and the adjacent Arthur M. Sackler Gallery, located on the National Mall in Washington, DC, together comprise the nation's museums of Asian art. The Freer/Sackler is part of the Smithsonian Institution, the world's largest museum, education and research complex.

Established in 1925, the Palace Museum is located in the imperial palace of the consecutive Ming (1368-1644) and Qing dynasties. The magnificent architectural complex, also known as the Forbidden City, and the vast holdings of paintings, calligraphy, ceramics, and antiquities of the imperial collections make it one of the most prestigious museums in China and the world.

In 1961, the State Council designated the former imperial residence as one of China's foremost-protected cultural heritage sites, and in 1987 it was listed as a UNESCO World Heritage site.