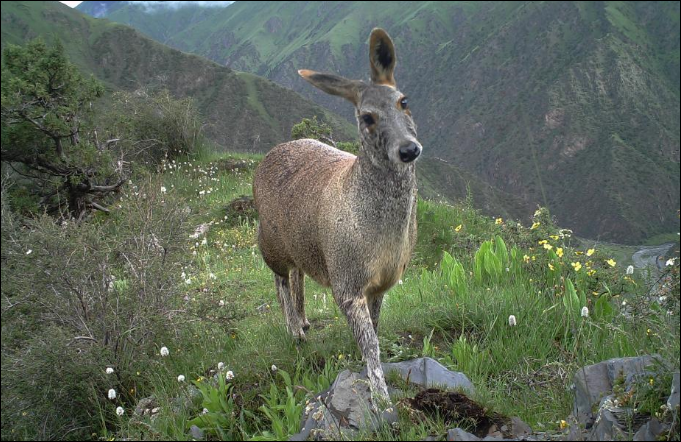 The footprints of the alpine musk deer have been recently identified along a 2.2-km-long survey line in Qilian Mountain National Park during wildlife research.

"It is rare to see so many alpine musk deer at such a short distance. It shows that the local environment is getting better and better," said Ma Duifang, an official with the park administration, also the leader of the research team.

Alpine musk deer were classified as "endangered" by the International Union for Conservation of Nature Red List of Threatened Species. The number of the species has been threatened by poaching and overgrazing.

China has been continuously strengthening wildlife protection efforts in recent years. With the development of national parks, wild animal populations have been growing in areas where the ecosystems and biodiversity protection and restoration have been improved.