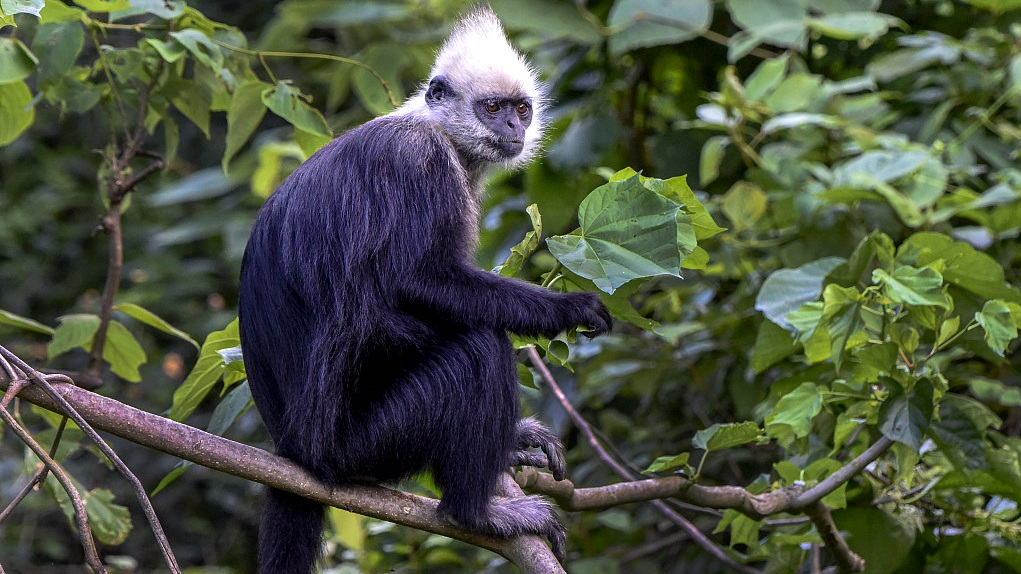 In this video below, a pack of white-headed langurs, which are classified as a critically endangered species by the International Union for Conservation of Nature (IUCN), are enjoying their springtime in the sun.

The white-headed langur is one of the 25 most endangered primates in the world and is considered among the rarest monkey species. They need to eat more than 30 kinds of leaves a day, which makes it very difficult to protect their habitat. Before 1980, there were fewer than 300 white-headed langurs left in China.

A series of actions to protect the rare animal has been launched including regular researches, academic exchanges, and scientific popularization activities. Illegal grazing has been regulated, and the patrol on the reserve has been strengthened. Now the population of the white-headed langur has reached to around 1000.