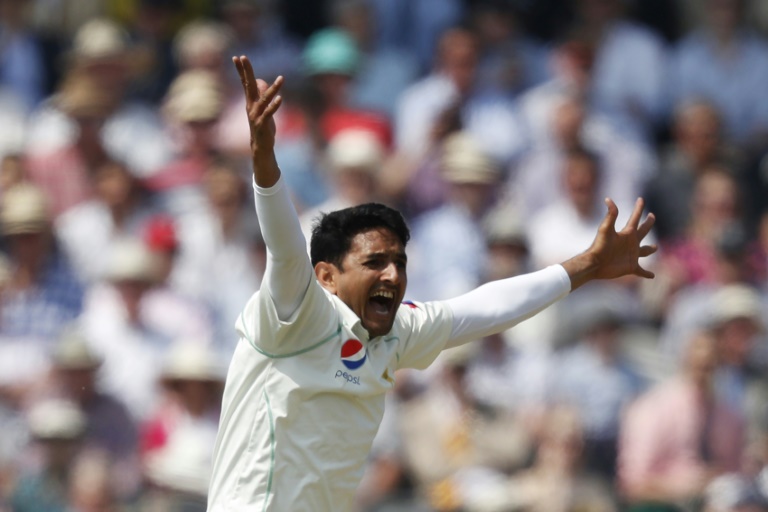 England were 37 for two in their second innings, a deficit of 142 runs, at lunch on the third day of the first Test against Pakistan at Lord's on Saturday.

Joe Root, the England captain, was 22 not out and Dawid Malan unbeaten on nought.

England lost both their left-handed openers before lunch after conceding a large first-innings deficit of 179 runs.

They suffered a huge setback when Alastair Cook, their all-time leading Test run-scorer who had top-scored in their meagre first innings 184 with 70, was lbw to Mohammad Abbas for just one on Saturday.

And shortly before lunch, Mark Stoneman was lbw for nine to teenage leg-spinner Shadab Khan, the ball keeping alarmingly low from an England point of view.

Earlier, Pakistan were dismissed for 363 in their first innings after resuming on 350 for eight.

Their innings ended when Abbas was caught behind off Mark Wood.

Babar Azam, who top-scored in the innings with 68, was unable to bat again after retiring hurt on Friday having been struck just above the left wrist while facing Ben Stokes.

A scan later revealed a fractured forearm, with Babar now ruled out of next week's second and final Test of the series at Headingley.