England and Belgium battle it out for top spot on Thursday on the final day of the World Cup group stages as deposed champions Germany arrived home following their disastrous campaign. 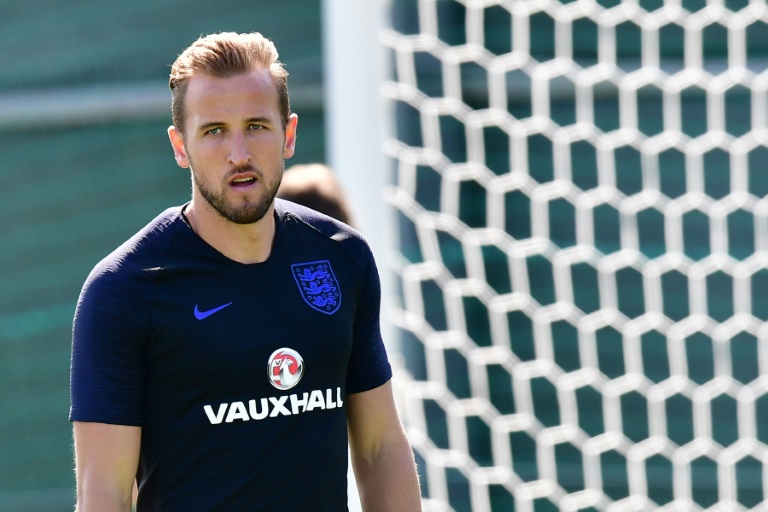 Both England and Belgium -- packed with Premier League talent -- have sailed through, winning their two games and are now in the curious situation of weighing up whether they even want to top Group G.

Their battle in Kaliningrad follows the dramatic exit of Joachim Loew's 2014 winners, who finished rock bottom of their group after a 2-0 defeat to South Korea, the final humiliation after a title defence that never caught fire.

"Dear fans, we're just as disappointed as you," the tweet read. "We're sorry we didn't play like world champions. That's why we deserved to be eliminated, as bitter as it is."

Defender Mats Hummels had earlier tweeted out his regrets with a succinct "sorry..." and a crying-face emoji.

German media have given a damning verdict of the campaign, which will be remembered as the first time since 1938 that the country has failed to make it past the first round.

"No words!" chided the best-selling Bild daily, over a picture of a despondent-looking Toni Kroos.

Despite a huge scare for Lionel Messi's Argentina, who needed a late goal from Marcos Rojo to edge through to the knockout phase, all of the tournament's other big guns are through to the last 16 in Russia.

There has even been some talk that England might have an easier route at the World Cup if they lose in Kaliningrad.

But coach Gareth Southgate said his team are focused on winning, not on plotting a particular route through the knockout stages.

"We need to keep winning football matches and we want to breed a mentality that everybody in our squad wants to constantly win," said the manager, who has created a relaxed atmosphere for his young charges.

"We've not won a knockout game since 2006. Why we would be starting to plot which would be a better venue for our semi-final is beyond me really."

But in Belgium they face the world's third-ranked side, and a squad loaded with world-class talent such as Eden Hazard and Kevin De Bruyne.

Captain Harry Kane is the top goalscorer at the World Cup with five goals so far and the Tottenham talisman is likely to start against Belgium.

But Southgate did concede he would probably make some changes for a clash that neither side needs to win.

Opposite number Roberto Martinez is expected to make wholesale changes to his team, with Manchester United forward Romelu Lukaku almost certain to miss out after picking up an ankle knock in Belgium's 5-2 win over Tunisia.

Unlike Southgate, the former Everton and Wigan manager said he was approaching Thursday's game with one eye firmly on the knockout rounds.

"We want to perform well but I think the priority is not to win," Martinez said.

"That's the reality. We wanted to qualify, we've done that. There are players who have been in very demanding games so it's very important for us to protect and give every player the best opportunity to be in the best condition in the knockout games."

In the other remaining first-round games on Thursday, Japan, Senegal and Colombia are all chasing the two qualification spots in Group H, with Robert Lewandowski's Poland out of the picture.

Japan, on four points alongside Senegal, take on Poland in Volgograd while the African team play Colombia, who have three points, in Samara.

Japan coach Akira Nishino has warned his players against complacency when they meet the already eliminated Poles.

After years of struggling to progress to the latter stages, James Rodriguez's tournament-topping six goals steered Colombia to their best-ever finish of the quarter-finals in Brazil four years ago.

Jose Pekerman has refused to entertain the prospect of seeing Colombia's stuttering World Cup campaign end at the first hurdle.

"We came here for more, so it wouldn't be a good result for us not to reach the second round," Pekerman said.

Aliou Cisse's Senegal will attempt to succeed where the rest of their continental rivals failed, with Egypt, Morocco, Nigeria and Tunisia all out.

Friday is a rest day in Russia. The last-16 ties start Saturday, with France taking on Argentina in Kazan and Uruguay facing Cristiano Ronaldo's Portugal in Sochi.