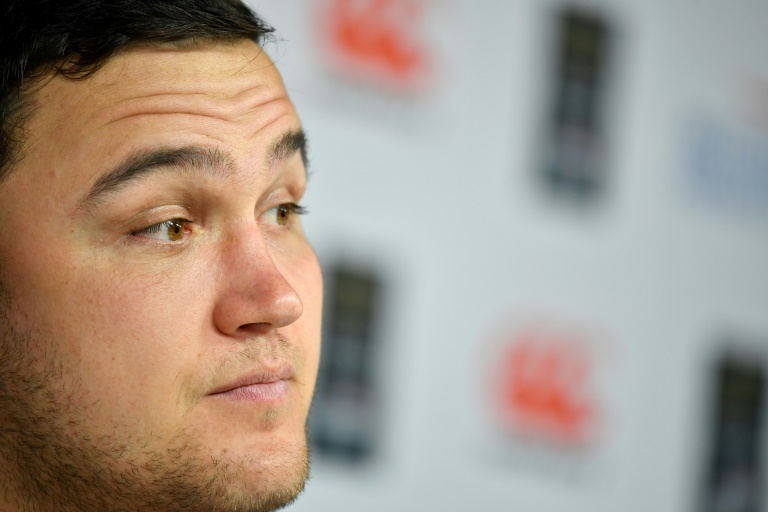 The English have waited four years to banish the nightmare of the last World Cup, and George believes they could go all the way in Japan after being meticulously prepared by Eddie Jones for what looks like being a wide-open tournament.

"He's not giving us too many messages now," George told reporters at England's training base in Miyazaki.

"The messages have been sort of drilled into us for the last four years really. When (Jones) first came in, he said to you and he said to us that we're here to win the World Cup in four years," he added.

"We're in that place now, so I think we're in a good position to go out and do that."

England, who in 2015 famously became the first hosts to crash out of the World Cup's group stage, have been drawn alongside France and Argentina in Pool C.

But while they hope to emulate England's 2003 vintage, still the only northern hemisphere team to lift the Webb Ellis Cup, George insisted the players were not looking beyond their opening game against Tonga in Sapporo on September 22.

"We've got a lot of hard work to go in order for us to get there," said the Saracens hooker, who has made the number two jersey his own over the past season.

"We're not thinking too far ahead. Everything that we're focused on is on ourselves, mostly this week -- and we'll look ahead to Tonga next week."

Jones has said he wants his players to be ready for North Korean missiles, earthquakes and even bad sushi.

England held a heat camp in Italy over the summer and part of the reason Jones chose the southern coastal resort of Miyazaki for England's World Cup base was to further acclimatise for the humidity that is likely to have an impact on teams during the tournament.

"A lot of acclimatisation happened in Treviso," said George, noting England could even play under a closed roof in Sapporo.

"During training here obviously the humidity is pretty high. Regardless of whether we play with the roof on or off, we're not too bothered about it."

George, whose contributions at the lineout and as a ball-carrier will be key, revealed that players were dipping balls in water buckets to simulate slippery game conditions, but shrugged: "You've just got to make sure you grip it and hope for the best!"

England are still sweating on the fitness of Mako Vunipola (hamstring) and Jack Nowell (appendix) and will not want to pick up further injuries against Tonga before facing the United States in Kobe just four days later.

"They're very hard-working people and obviously very passionate when they do play for Tonga," he said.

"They're representing a small island that's produced a lot of very good rugby players, so it's going to be a special occasion for them and something that will lift them."