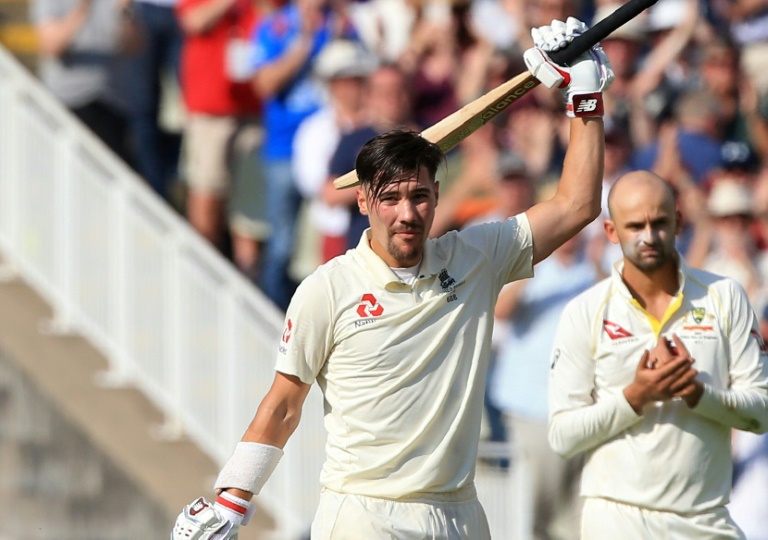 England batsman Rory Burns hit his maiden Test century on the second day of the Ashes opener at Edgbaston on Friday.

Surrey opening batsman Burns, 82 not out at tea, spent 36 balls in the 'nervous 90s' and for more than half an hour could not get beyond 92.

But the 28-year-old left-hander eventually got to three figures for the first time in eight Tests with a quick single against Australia off-spinner Nathan Lyon, having then faced 224 balls including 14 fours.

After a third umpire review confirmed Burns had made his ground, he was able to soak up the applause of a packed and sun-drenched crowd, with England then 205-4 in reply to Australia's first-innings 284.