CULTURE England's got talent, but errors must be cut out for Euros glory

England's got talent, but errors must be cut out for Euros glory 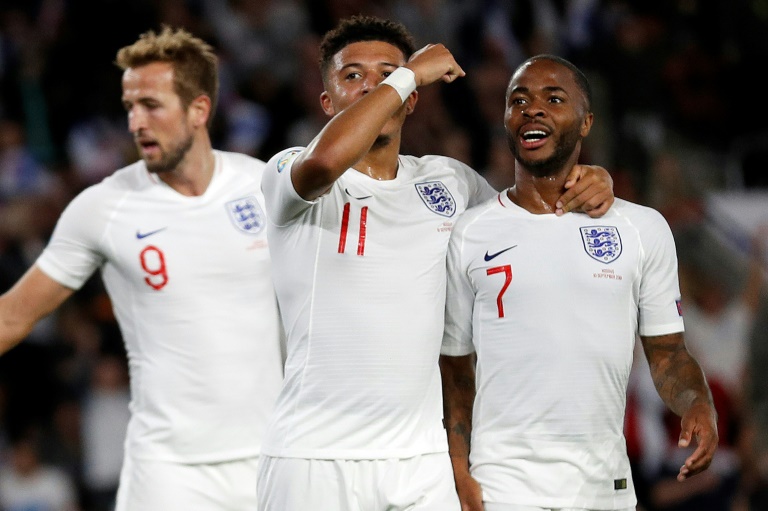 England's abundance of attacking talent has the Three Lions believing they can end a 54-year wait to win a major international tournament next year, when the Euro 2020 final will be hosted at Wembley.

Raheem Sterling, Jadon Sancho and Harry Kane were in full flow as Kosovo, unbeaten in 15 matches prior to travelling to Southampton on Tuesday, were put to the sword with five goals in 38 first-half minutes.

That took England's tally in four qualifiers to 19 goals with mathematic qualification seemingly a formality.

But there remains plenty for Gareth Southgate to perfect ahead of the European championships as Kosovo became the first visiting side to score three times in a qualifier in England for 12 years as the hosts edged an eight-goal contest 5-3.

"We've been saying international football is dull, that wasn't the case tonight," said Southgate, who did not hold back in criticising a sluggish start to the second-half that saw a 5-1 lead quickly cut to 5-3.

"The small bit after half-time: ridiculous mistakes, poor decisions, lack of covering back, so we made the game really uncomfortable for ourselves."

Centre-backs Michael Keane and Harry Maguire, who became the world's most expensive defender after a £80 million move from Leicester to Manchester United last month, were at fault for all three goals conceded.

England's inability to close out the game after going in front has also seen them lose two semi-finals at the World Cup in 2018 and the Nations League in June under Southgate.

Attack may therefore be the best form of defence come the Euros with 19-year-old Sancho taking his sensational form for Borussia Dortmund onto the international stage with his first two England goals, alongside the established pairing of Kane and Sterling.

The latter two have each scored six times in four qualifiers in Group A, with Sterling a man transformed in an England shirt over the past year.

Prior to scoring twice in a 3-2 win in Spain last October, Sterling had not scored for his country in 27 games stretching back three years.

The Manchester City winger is now just as deadly for his country as he has been for the Premier League champions since his club form was markedly improved by the arrival of Pep Guardiola at the Etihad.

"That night in Spain when I scored two from then I knew I would kick on and score goals," said Sterling.

"The last two years with my club has been terrific scoring goals and all I have wanted to do is do it on the international stage, not just score goals but score goals that will help my team to win football matches."

Southgate labelled Sterling "unstoppable" as he not only scored, but set up Kane for England's second and both of Sancho's goals.

"Raheem's two performances have been of the highest level, he's been almost unstoppable," said the England manager.

"His awareness of where defenders are to ride challenges, his vision and desire to get in on goal and unselfish play as well.

"I could not speak highly enough of the way he played."

Sancho's emergence means Southgate now has a dilemma most managers would dream of.

Manchester United's Marcus Rashford started in a 4-0 thrashing of Bulgaria on Saturday, but was relegated to the bench against Kosovo.

"It's very hard to say that's the first team when you've got four attacking players like we've played in the last two matches," said Southgate when pushed on whether the Kane, Sterling, Sancho triumvirate are now undroppable.

"They are all going to have huge contributions, when they all have the ability to be devastating against any level of opposition."