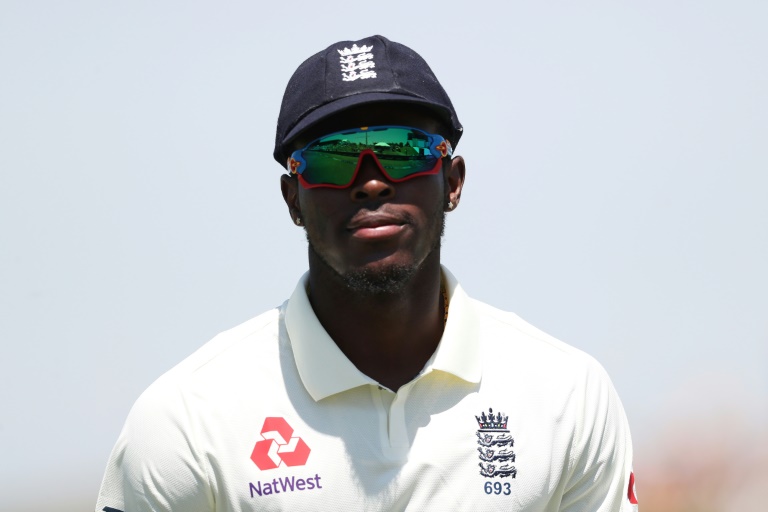 England's Jofra Archer was racially abused by a crowd member during the first Test against New Zealand in Mount Maunganui. (Photo: AFP)

England players will rally around an "emotional" Jofra Archer after the paceman was racially abused by a spectator in New Zealand, director of cricket Ashley Giles said Tuesday, as local officials scoured CCTV footage to identify the culprit.

"It's a shame that sort of thing is still in society," Giles told reporters after Archer was subjected to racist comments after being dismissed late on day five of the opening Test in Mount Maunganui.

The Barbados-born bowler tweeted after the match that it was "a bit disturbing hearing racial insults today whilst battling to help save my team".

The 24-year-old later told ESPNcricinfo that the abuser was a solitary New Zealand spectator making comments "about the colour of my skin".

Archer has been a powerful advocate for diversity in cricket and Giles, when asked how the player was faring, replied: "The tweet, it was obviously emotional, it hurts.

"We fully support Jof, there is no place for racism in the game... you know what our team is like, they'll rally round him."

The incident has overshadowed the result of the first Test ever played at Mount Maunganui's Bay Oval, which New Zealand won by an innings and 65 runs.

Black Caps captain Kane Williamson described the taunt as "horrific", while New Zealand Cricket said the culprit would be reported to the police and face a life ban if identified from the venue's CCTV footage.

Williamson said such racism was "against everything that we as Kiwis are about".

"It's a horrific thing. In a country and a setting where it is very much multi-cultural," he told news website stuff.co.nz.

"It's something we need to put to bed quickly and hope nothing like that ever happens again."

White ordered extra security to ensure there was no repeat at the second Test beginning Friday in Hamilton and called on spectators to "self-police" unacceptable behaviour.

"We'll be increasing security around the areas where the players are, in particular when they're coming on and off the field, but it's quite difficult when players are on the boundary," he told Newstalk ZB.

"I'd like to think there's a bit of self-policing going on as well, we shouldn't be accepting this kind of behaviour in our society."

New Zealand and England are working together to investigate the incident and Black Caps coach Gary Stead said he wanted the person responsible caught.

"Hopefully, it was just one idiot in the crowd and they deal with it," he told Radio New Zealand.