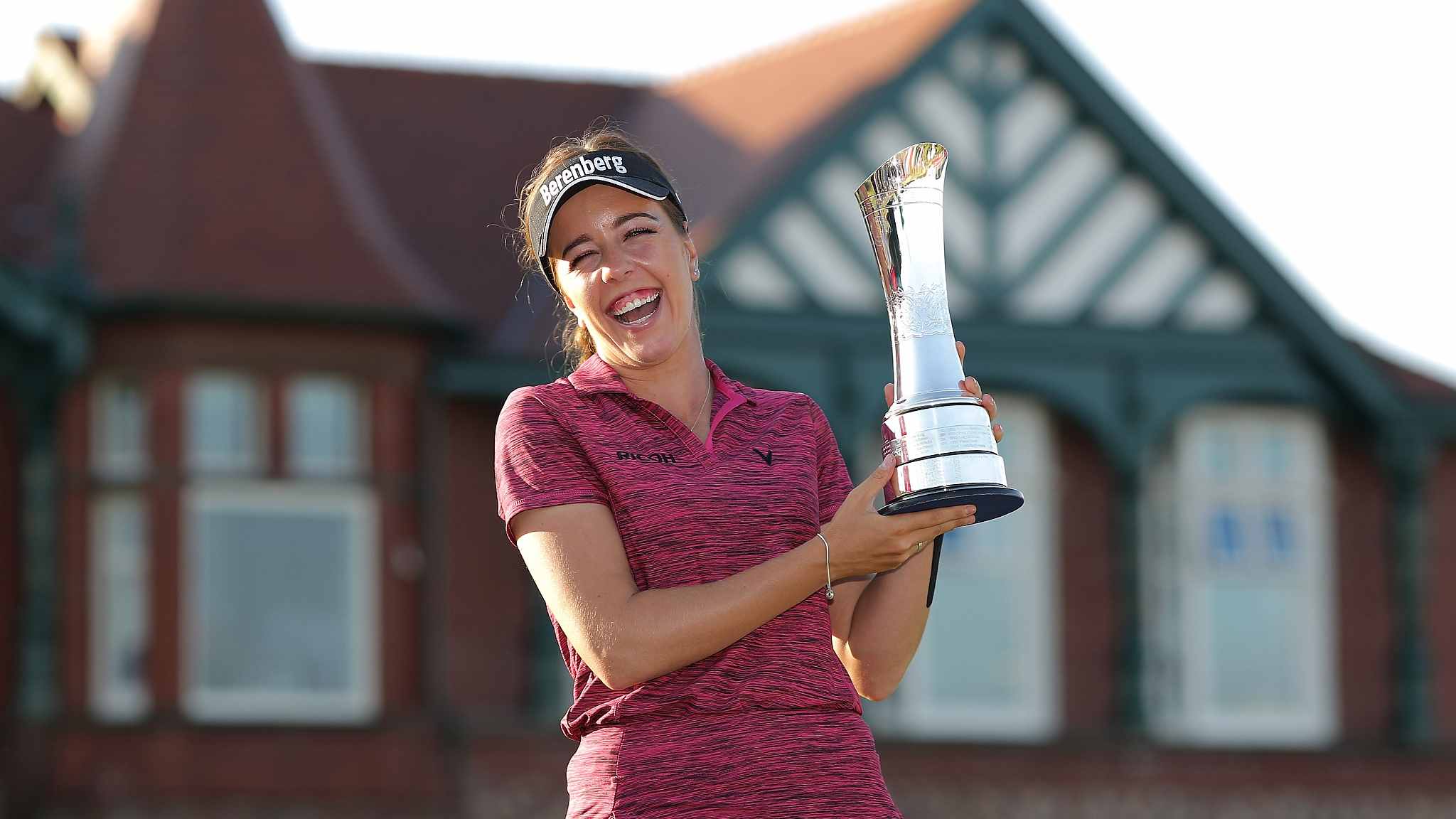 England’s Georgia Hall won her first major title on Sunday after a battle with Pornanong Phatlum of Thailand in the Ricoh Women’s British Open.

Hall (-17) shot a final round 67 (-5) played with relentless consistency to triumph at the Lancashire course.

She was born during the 1996 Masters and was named Georgia in honor of the American state that once held the Masters.

Buoyed up by a supportive overnight text from Tom Lehman of the US, who won the 1996 British Open at Lytham, Hall finished at 17-under 271, becoming the second English player to win the championship after Karen Stupples in 2004.

Speaking of Lehman’s encouragement, Hall said, “He texted me last night and said: ‘Go Georgia, hit the fairways and greens and make your fair share of putts, I’m pulling for you.’ It’s great to have him as a friend.

“I always joked to myself, because I haven’t won a tournament since I turned pro, that the first one I win would be a major," she said. "I used to say that and I’ve actually done it now.

“I don’t know what it is, but it is more enjoyable and fun the bigger the competition is. I was very confident going into this event from last year (equal third) and I love links golf and I’m playing in England, which is very rare.”

Hall also became the first English player of either sex to win a major at Royal Lytham since Tony Jacklin won the 1969 British Open.

“I was lucky to hold the golf club. I was more nervous yesterday than today. I didn’t feel much until the 18th. I played some really good golf and holed a lot of crucial putts.”

A gracious Phatlum congratulated her conqueror. “She played so amazing today, everything is perfect,” the Thai said.

“She is from here and everyone is rooting for her. I’m so happy she won.”