"I started learning Chinese in my freshman year and then I had the opportunity to study in Beijing as an exchange student in my sophomore year. I made a lot of Chinese friends," Yudai Maekawa, a junior student in Teikyo University, told Xinhua recently. 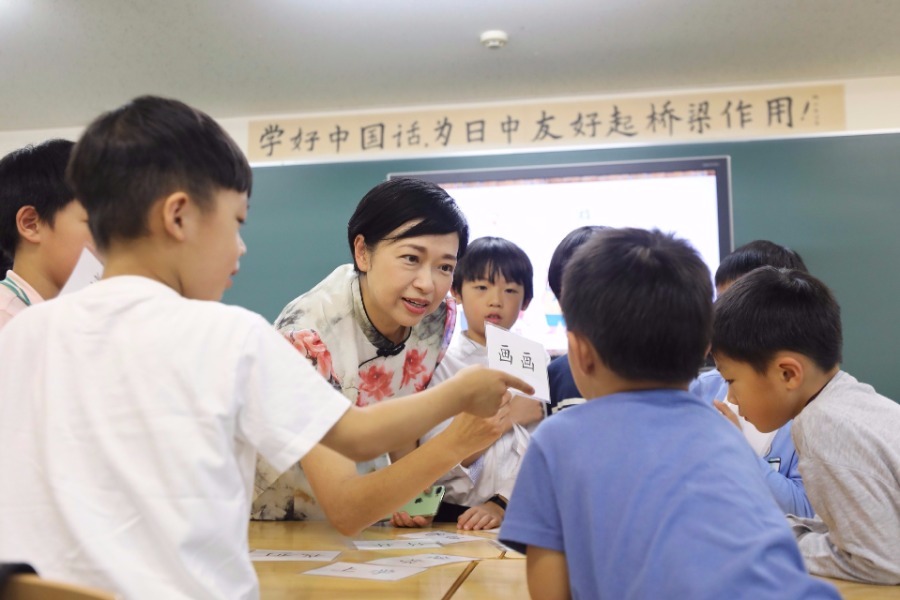 While attending an event held in Tokyo to promote studying in China and job opportunities, Maekawa said, "China's economy is developing rapidly ... I want to find a job related to Chinese and China."

At the event, about 1,500 students took the Chinese proficiency test (HSK) and several hundred other students participated in a promotion activity concerning studying in China as well as a job fair.

"There were 34,018 applicants for the HSK in Japan last year, and based on this year's registration momentum, there are likely to be more than 40,000 applicants this year," said Munashi Masuzawa, president of the Japan Youth Development Association.

In 2010, only around 200 people took the HSK, but the number of HSK examinees in Japan has been increasing year by year.

Liu Yong, the Chinese director of the Confucius Institute at Musashino University, said several hundred students at the university have chosen Chinese as a required course.

By participating in such programs as tourism and study tour to China, the students became more and more fond of China and increasingly active in learning Chinese.

Currently, about 400 universities in Japan offer Chinese language courses, according to Hu Zhiping, minister counselor for education of the Chinese Embassy in Japan. Some universities have set up Confucius Institutes, which not only provide a better platform for the Japanese to learn Chinese, but also make great contributions to training Japanese teachers, developing Chinese teaching materials and promoting cultural exchanges between the two countries.

Apart from university education, many Japanese are participating in activities such as Chinese Corner.

Every Sunday afternoon from August 5, 2007 to now, dozens to hundreds of Japanese and Chinese people gather in Tokyo's Nishiikebukuro Park to talk in Chinese and Japanese.

"I like this Chinese Corner very much. I come to chat here as long as I have time. It's more about the latest Chinese news, culture and making Chinese friends than it is about learning the language," said 67-year-old Biju Nedzu.

"It is free and has no threshold; people can come and go as they like. That's why many Japanese people, many of whom have to work, come to the Corner all the year round. It has become a platform for sincere communication between Japanese friends and Chinese friends," said Duan Yaozhong, founder of the Chinese Corner.

On July 14, the 600th event of the Chinese Corner was held. Kyodo News Agency, Mainichi Shimbun and other Japanese media reported the event. The gathering of the people from the two nations through the years was recognized by the Japanese society and touched many Japanese people.

"Nowadays, Chinese language is no longer just a personal interest of Japanese friends, but an important skill related to one's future. More and more Japanese universities are offering Chinese courses, and Chinese teaching is also becoming increasingly active outside in the society," said Hu Zhiping.