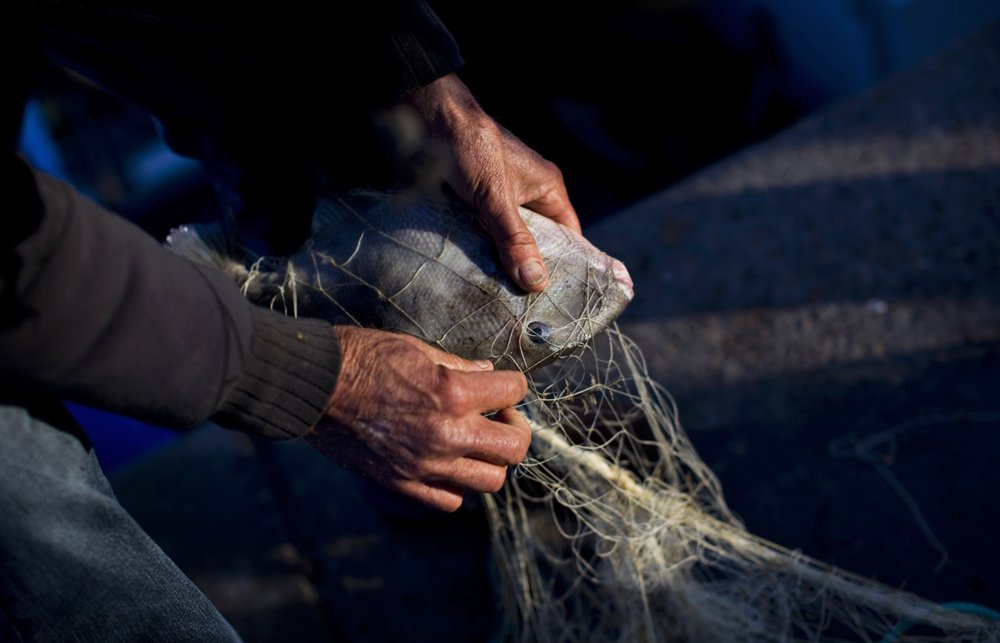 In this Thursday, Jan. 5, 2012 file photo a fisherman untangles a fish from his net in the port of the southern Spanish city of Barbate, Spain. (Photo: AP)

European Union nations say the fish catch quotas they agreed upon for next year means they have made more headway in securing sustainable fishing in their waters — but environmentalists are strongly disputing that claim.

EU fisheries Commissioner Virginijus Sinkevicius said Wednesday after two days of negotiations that almost 100% of EU fish landings from the Atlantic Ocean and the North Sea will come from sustainable sources.

After having overfished both regions for years, the EU claims that 2020 will bring in a new era for fisheries.

“Next year, the EU member states fleet will fish at the level that will not hinder the regeneration of the stocks,” Sinkevicius said.

Environmental groups strongly disagree with that claim. They say EU nations have again put the interests of their fishing industry ahead of the health of their waters. Some cod quotas for next year were cut but fishing for several other species can increase.

“The limits agreed by ministers suggest that progress to end overfishing has stalled or even reversed, a disappointing outcome for the year. Overfishing was supposed to become a thing of the past,” said Andrew Clayton of The Pew Charitable Trusts.