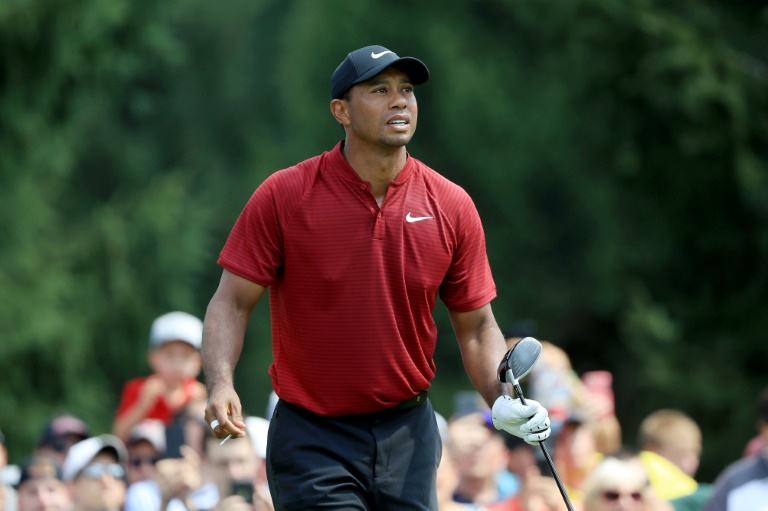 Tiger Woods has shown flashes of brilliance this year, but still hasn't won a title since 2013. (Photo: AFP)

Bjorn says having Woods among the 24 players would bring a special "buzz" to the next edition of the biennial matchup September 28-30 at Le Golf National.

"I might put a few noses out of joint by saying, but in my opinion, (he's) the best player that has ever played the game," Bjorn said.

Woods, coming off spinal fusion surgery after missing most of the past two years with back pain, would need to win this week's PGA Championship to claim an automatic berth on points.

Otherwise the planned vice-skipper would need to be a captain's pick by US boss Jim Furyk, who confirms his first eight players on Monday.

Bjorn, who beat Woods at the 2001 Dubai Desert Classic just before Woods won the Masters to hold all four major titles, said he doesn't fear players being awestruck by Woods, even though Scotland's Russell Knox called Tiger a "mythical creature" at last month's British Open.

All are ranked in the world's top 25.

"We've known for the better part of 12 months that we were going to have a very strong team the way a lot of these guys have been playing," Bjorn said. "It's exciting to see so many of them do well."

Olesen must be 'special'

Just missing out under both methods is Denmark's Thorbjorn Olesen, a friend of Bjorn who still has time to change his fate. Europe's first eight spots aren't sealed until September 2 when the European Tour's Race to Dubai concludes.

"I told him, 'You have to do something very special to make this team'," Bjorn said. "And preferably make the team on merit because I can't be in a situation where I feel like I'm doing anybody a favor."

"This is a great golf course," Bjorn said. "It really is a thinkers course. It's a ball-striker's course as well. It just asks questions of everything in your game."

Garcia has struggled recently but last year's Masters champion could provide a spark. Bjorn, however, wants to see improved play by 23rd-ranked Garcia before making his picks.

"Sergio won't be happy with where he's been with his game over the last few months," Bjorn said. "I would like to see something from him."

Other top talent beckons, including Knox, England's Matthew Fitzpatrick and Spain's Rafa Cabrera Bello. Experience is only one factor Bjorn must weigh among a myriad of considerations.

"There are going to be six or seven names that really deserve a lot of thought," Bjorn said. "It really is a puzzle. It's not one or two things that come into the consideration of making your picks, there are 15, 20 different things that play in."