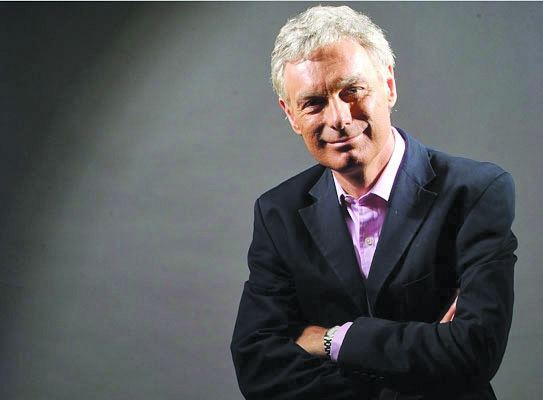 Editor's note: Kensington Wade is the first prep school in the UK to offer an immersive English and Chinese education from ages 3 to 11. The founder of Kensington Wade, explains to People's Daily app recently why he wants this school to be bicultural as well as bilingual.

China respects its culture, so do we. Today it seems that Chinese youth view themselves as actors in the renaissance of their civilization, which they regard as having values and achievements equal to any on the planet.

For admirers of China, this is a wonderful moment. As China is recovering the leading position it had in the 18th century, when it was the most advanced society on earth, so more and more Anglophones want to understand China, not merely because of its cardinal economic influence, but because its inherited culture offers an alternative take on the world and how to live.

What is a bicultural school?

So far there is only one bicultural school in Europe, Kensington Wade. Other schools which have Chinese classes just teach language and hope the children will gain a basic competency in elementary spoken Chinese. A bicultural school such as Kensington Wade – where all subjects are taught in, and the pupils do 50 percent of the day’s classes in both languages - recognizes the distinctness of the two cultures and prepares pupils to adapt between the two.

How do we distinguish Chinese and Anglophone culture?

Anglophone individualism drives the expansion of English around the world, the development of North America and Australasia, and the industrial revolution. In the 21st century it is arguable that the aggressive individualism of the Anglophones is less appropriate in today’s world than before.

Today, people all over the world recognize the need for cooperation to solve problems common to all countries and classes, and for the collective approach in modern industries and research projects. China’s culture may be more apposite, because it is communitarian, emphasizing mutual inter-dependence, social responsibility and respect for learning through experience.

Chinese teachers in a foreign country

At the USA’s National Conference on Chinese Teaching this year, I witnessed a discussion among Chinese teachers as to how far they should assimilate to American culture. The Chinese teachers said that they refused to adopt the notoriously unhealthy US diet, or to drink the coffee; they also usually managed to maintain their own structured teaching style, because it is so obviously more successful. But what upset some of the younger teachers was the little things such as having to submit to hugs from virtually unknown people, being obliged to turn their names around so that the surname would be last or being addressed by strangers using their personal names.

Why does this matter?

First it matters to our Chinese pupils because without it they could lose the ability to interact in and function well in their own culture. It matters to Anglophones, because they need to get used to a world in which their model is no longer the only one.

As is more and more evident from public discussion in the Anglosphere, individualism has its negative side. Adopting Chinese approaches can temper the anti-social aspects of individualism just as English approaches can gentle the rigour of Chinese schooling. In a bicultural environment, children must be able to switch between different types of thinking, so that they can absorb the treasures of Chinese culture, too.

What there is to learn from Chinese pedagogy

International comparisons have revealed that many Chinese children do better at secondary school than most Anglophones and have a better foundation for success at university.

It is now recognised by the most forward thinking education experts that, in the Anglosphere, the undermining of the authority of the teacher and the loss of discipline and rigor in the classroom has been disastrous for several generations of schoolchildren. In this context, the great success of some Chinese schools, particularly in teaching maths, sciences and English, is being held up as a model. Of course, those successes are not just the result of teacher choices. They are closely connected with social culture.

The close family life which has different generations eating together, through which children are raised by several people rather than just by the mother, is surely key and explains the high social skills and maturity of Chinese youngsters, which has often been noted by UK teachers and university lecturers.

Respect for the authority of the teacher by society generally helps. Teachers are experts and are given more time to prepare and to give feedback so that they can be the authoritative figures society expects. Teachers are ranked according to experience and competence, which is inspected and tested.

The UK’s Department for Education found that Chinese teaching is better organised, highly concentrated and thorough. Contrary to prejudice abroad, Chinese children had shorter lessons and more play-breaks, though the working day is longer.

At Kensington Wade there will never be a sharp contrast between classes led by teachers from different language-speaking countries, because teaching in English independent schools is not permissive, though it may not be as structured as Chinese. Also, our Chinese teachers will come from the most modern Chinese schools, where discussion and analysis are as important as the absorption of facts and concepts.

Kensington Wade is named after one of those many Englishmen who have admired Chinese culture. In the 19th century, diplomat Thomas Wade invented the first Romanization system, before pinyin, to help his fellow countrymen learn Chinese. He brought 5,000 volumes of the classics back to England and became Cambridge University’s first professor of Chinese. We, who have set up Kensington Wade, do not come near his level of dedication, but we want to emulate him in helping our pupils swim in two great oceans.