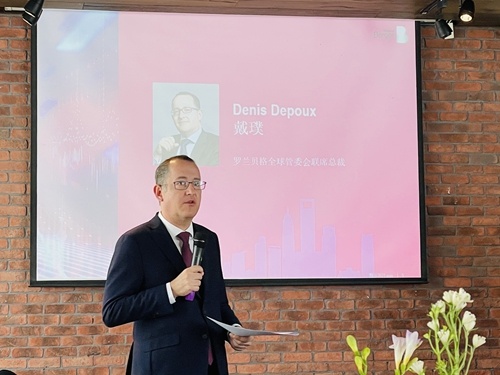 Digital technology is rebalancing across the world, and the decarbonization of the Chinese economy will be a new game-changer for the next 40 years, said Roland Berger head on Tuesday during its 2021 industry foresight report release event.

"US companies have only a 10-15 percent market share in the digital technology sector in China, as Chinese high-tech enterprises such as Alibaba and Tencent have a very high share in the domestic market.

"But in the rest of Asia, close to 60 percent of the digital infrastructure, like data centers and data services, is provided by US companies," Denis Depoux, Roland Berger's global managing director, told the Global Times on Tuesday during an event to release the report.

According to the report, new industries emerged and were fueled amid the COVID-19 pandemic, supported by digital technologies including cloud computing, algorithms, the Internet of Things and artificial intelligence (AI), making digitalization a main direction for companies in China and all over the world.

"Chinese firms help China maintain strong independence from the US in the digital field, but it's also necessary to be wary of the market being too simple or even monopolized," Depoux added.

His remarks are in line with China's recent efforts against monopolies. China vowed to revise the anti-monopoly law during the just-ended Two Sessions - and for the first time in the central government work report, China said that it will step up efforts against business monopolies to ensure fair market competition.

As China has vowed to open its market ever wider, the entry of foreign companies will add diversity to the market.

"China has been opening up its market, but there could be more room for foreign investment to enter the ICT sector. In the future, there may be more European companies entering in the form of joint ventures to increase diversity," said Depoux, hinting that there is more chance for European companies, as the China-US relationship is entering a new and tense phase where the two countries are economic competitors, while they can also be partners on some global issues.

In the first two months of 2021, China's actual use of foreign investment reached 176.76 billion yuan ($27.14 billion), up 31.5 percent year-on-year. Investment from the EU increased 31.5 percent on a yearly basis and that from ASEAN was up by 28.1 percent, according to statistics from the Ministry of Commerce.

"Most of our global clients are particularly interested, in these tough times, by a very active Chinese market across multiple industries. They also realize that given domestic dynamism, local preferences and the geopolitical context, it makes sense to further localize in China," Depoux said in a recent written interview with the Global Times.