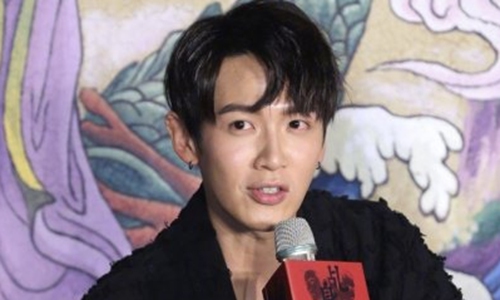 Mainland netizens called for a boycott of the possible comeback of an ex-drug user actor from Taiwan island after he announced his new role at a press conference of a TV drama.

The hashtag "Ko Chen-tung comes back" on Sina Weibo received 610 million views and 128,000 comments as of press time.

Netizens slammed the comeback of Kai Ko, who has been out of public sight for over five years since his reported drug use in 2014 August. Hong Kong entertainer Jaycee Fong Jo Ming was also involved in the case.

"Celebrities who took drugs should be permanently banned from public sight," said one netizen, noting that drug enforcers risk their lives to protect people from drugs.

But some netizens insist Ko deserves a second chance to show the public he has changed.

Zhu Wei, a professor at the China University of Political Science and Law in Beijing, said that the ban on the comeback of celebrities who took drugs should be permanent.

"Influential public figures like Ko have an effect on the youth, who are very likely to follow their behavior, even the wrong ones," Zhu said.

Zhu stressed the severity of celebrities' drug abuse, and  the public should have zero tolerance for the behavior.

"A permanent ban on Ko's comeback will send a message that a one-time pleasure will cause life-long unemployment in the entertainment industry,"   Zhu said.

Regulations on celebrities' misconduct have been strengthened in recent years.

In September 2014, about one month after the Ko's case, the National Radio and Television Administration issued a notice banning artists who abused drugs and engaged in criminal acts. The ban states that public figures' bad behavior will damage the image of the industry and have a negative social impact, especially detrimental to the healthy growth of young people.