Ex-refugee shares the dangers of being smuggled in a truck 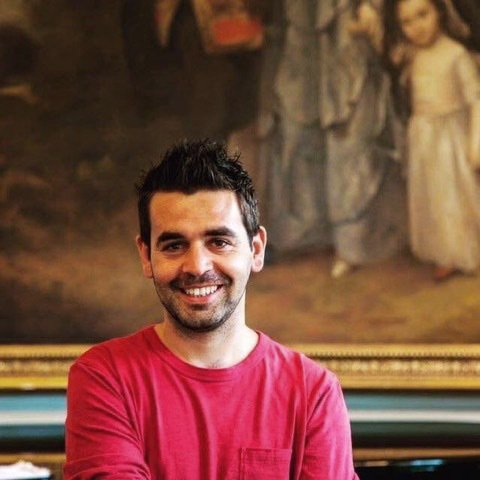 Ex refugee Ahmad Rashid poses in this undated handout photograph, Ahmad Al-Rashid knows what it was like for the 39 people who died in the back of a truck in southeastern England this week. He's been there. The 29-year-old Syrian refugee found himself gasping for breath inside a refrigerated shipping container with a group of migrants and a load of frozen chicken when a planned trip across the English Channel turned into hours of terror in 2015. (Photo: AP)

Ahmad Al-Rashid knows what it was like for the 39 people who were found dead in the back of a truck in southeastern England this week. He’s been there.

The 29-year-old Syrian refugee found himself gasping for breath inside a refrigerated shipping container with a group of migrants and a load of frozen chicken when a planned trip across the English Channel turned into hours of terror in 2015. The truck hadn’t even left the French port of Calais when someone heard the cries of the desperate migrants and opened the doors.

“I was in their shoes. I knew the desperation of their last moments,” he said of the people who died this week. “In my case, someone came to help me. (For them), all their screams were in vain.”

Authorities are calling Wednesday’s truck container discovery in a town near London one of Britain’s worst-ever human smuggling cases. Rashid said it brought his journey to the U.K., and its terrors, back in stark relief.

Rashid fled Aleppo in 2013, thinking he would return to his wife and two children in a few weeks. He first went to northern Iraq, where he taught English to other refugees. But the shooting and bombs followed him “from one hell to another,” so he finally decided to pay smugglers to help him get to Europe.

The journey took Rashid from Iraq to Turkey and Greece, where Rashid said the smugglers opened a suitcase full of passports and gave him one from Bulgaria. From Greece, he traveled to Marseille in southern France, then on to “The Jungle,” a notorious camp outside Calais where migrants gathered in hopes of hitching rides to the U.K. until it was closed down in 2016.

Even after he almost suffocated in the back of the shipping container, Rashid recalled trying to get across the Channel until he finally succeeded, hiding in the back of a truck — but just a regular one that wasn’t airtight.

He was eventually granted asylum, allowing him to start a new life and bring his wife and children to Britain.

In contrast to his own arrival, Rashid met his family at Heathrow Airport and drove them back to his apartment in the central English city of Derby.

“They could fly, you know, safely with dignity,” Rashid said. “And this was the whole point for me making this journey, because it was for the sake of my family.”

Now Rashid works with other refugees and migrants, helping them get on their feet in a new land. And he has a message for anyone thinking of traveling to Europe: Don’t trust the people smugglers.

“They don’t see you as a human being. They see you as a commodity, as money, as an object, and this is it,” he said. “Never, ever, trust them. I mean, I had to put my faith in them and I regretted it.”

This week’s tragedy brought the terror of his own experiences flooding back, he said.

Rashid told his story to The Associated Press so people understand that migrants and refugees gamble their lives in sealed trucks and leaky rafts because safer routes have been closed to them. They take risks because, he said, they feel like they have no other choice.

“No one puts their life in danger for no reason,” Rashid said. “People do this out of desperation.”