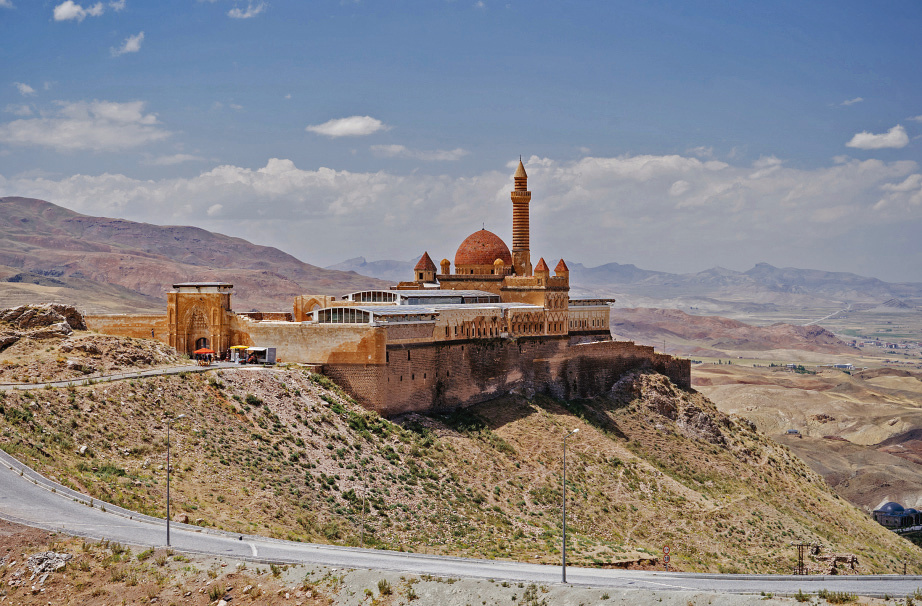 In 2019, British photographer Christopher Wilton-Steer traveled 40,000 kilometers along the old Silk Road from London to Beijing.

Over four months and 16 countries, Wilton-Steer travelled by car, bus, train, ferry, horse and camel. That journey is now the basis of an outdoor photography exhibition, The Silk Road: A Living History, at Granary Square in London's King's Cross.

The Silk Road refers to a network of ancient land trade routes linking Asia and Europe.

The exhibition, which runs until June 16, comprises more than 160 photographs, showcasing the diversity and culture along the Silk Road in countries such as Iran, Turkmenistan, Uzbekistan, Tajikistan, Kyrgyzstan, Pakistan, India and China.

"From a young age the idea of the Silk Road, merchants and travelers journeying hundreds or thousands of miles into unchartered territory and discovering new worlds, captured my imagination," Wilton-Steer said. "I became fascinated by the Middle East, Central Asia and China, and read lots about these places." 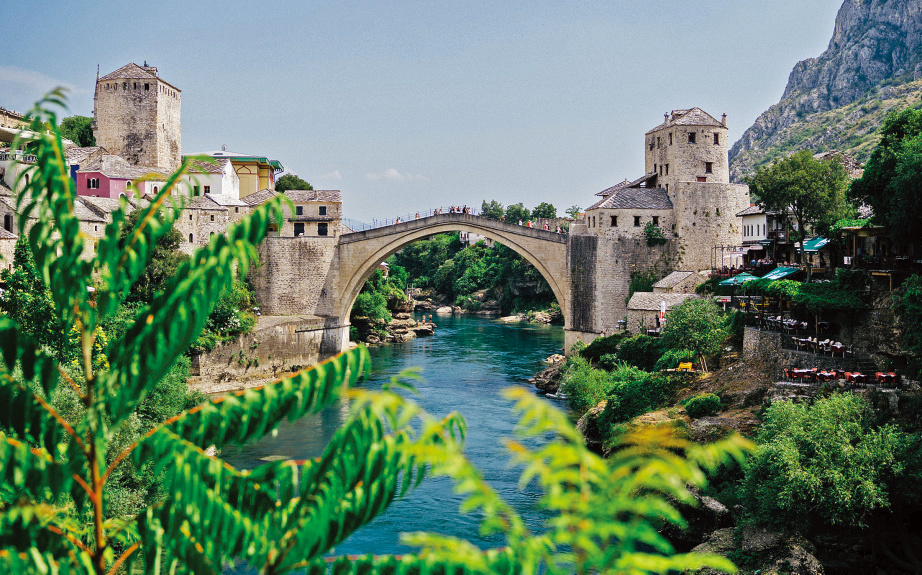 Stari Most, a rebuilt 16th-century bridge in Bosnia and Herzegovina. (Photo: China Daily)

The idea of following the Silk Road came to Wilton-Steer in 2007 when he lived in Beijing, studying Mandarin and doing an internship.

"On the flights over from London, I would often look out the window imagining all the places in between, and it was then that I began to think about making an overland journey, but I had no idea how I would do it," he explained.

The opportunity came when Wilton-Steer started working for the Aga Khan Foundation, a development organization dedicated to improving the quality of life of disadvantaged people, promoting pluralism, and enhancing self-reliance in Africa, Asia and the Middle East.

For his work, Wilton-Steer would often travel to Central and South Asia where he would photograph and document the organization's work. 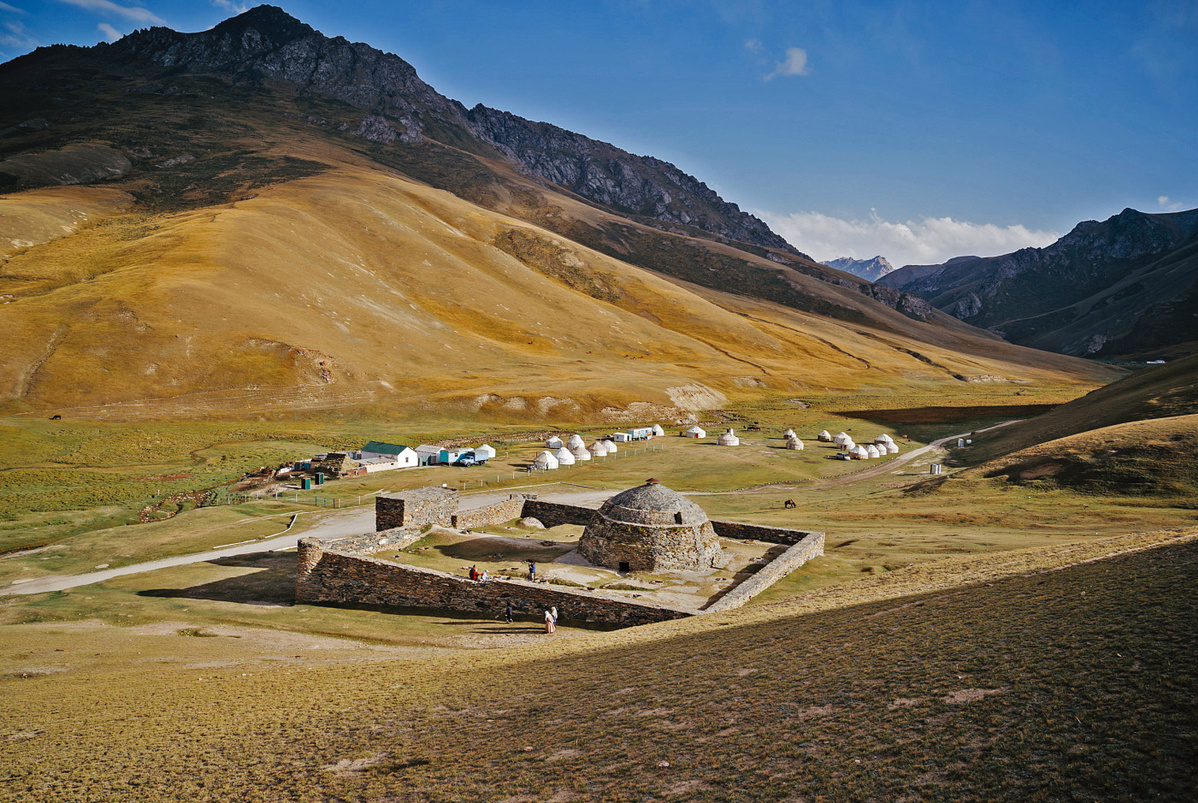 "It was then that the idea of an exhibition about the Silk Road came to me," he said. "I started to imagine an exhibition that would allow people to take a journey through photographs from one end of Eurasia, London where I live, to the other, Beijing. And on this journey they could explore some of the cultural wonders of the Silk Road, learning about its history and about some of the connections between different cultures that lie just beneath the surface that I had started to see myself."

Wilton-Steer wanted to "document photographically, the transitions between different countries and cultures" while exploring and understanding different cultures, and also revealing similarities and connections.

"I am particularly fascinated in traditional crafts so I try to seek out artisans and artisan communities wherever I travel. Their stories and the story of their craft often give interesting insights into a country or region's history," he said. 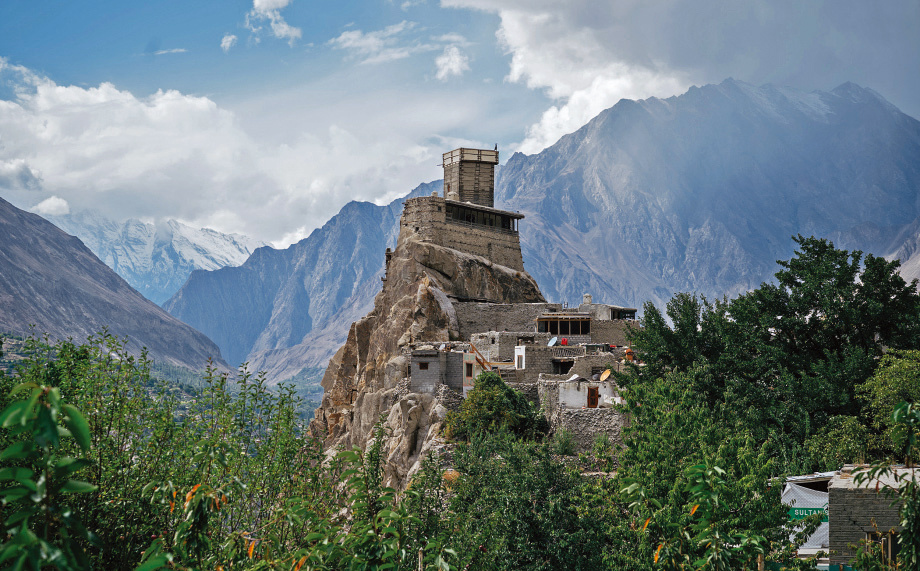 Throughout his four-month journey, Wilton-Steer met dozens of artisans, from gondola makers in Venice and illuminators in Istanbul to metal workers in Isfahan, ceramicists in Samarkand, wood workers in Baltistan and calligraphers in Xi'an.

"Unfortunately, a lot of traditional craftsmanship is under threat from mass produced goods, increases in the cost of raw materials or simply changing tastes. As a result, many crafts and the knowledge that goes with them, which sometimes has been passed down through generations for hundreds or even thousands of years, are disappearing, which is tragic. These crafts connect us to our past and tells stories about who we are. I believe they have great value," he said.

With so many memories from his journey to choose from, he said Kyrgyzstan was one place that was very different to what he had imagined. 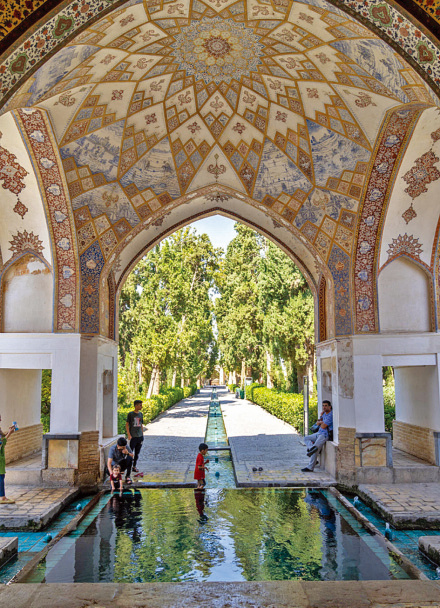 "The landscapes are from another world. Unlike the Pamir or Himalayan Mountains to the south, the mountain ranges in Kyrgyzstan are much gentler and wider," he said. "The valleys are enormous. And they are full of horses, yak, sheep and even camels which are herded by semi-nomadic communities who live in yurts. In places, the landscape feels untouched, like a wilderness, and it appears like a land before time. I had never experienced a place like that before."

The COVID-19 pandemic shut many galleries and art exhibits and has also restricted travel, but Wilton-Steer hopes this outdoor exhibition will give visitors some escapism, as well as provoking curiosity about lesser-known parts of the world.

"I hope that visitors feel a sense of connection between the different people and cultures that lie along this route; we share much," he said." Overall, I would like for the exhibition to be experienced as a celebration of diversity and a celebration of the positives that come from that diversity."