Fang Lijun is an important Chinese artist whose influence reaches beyond the nation's borders. An exhibition on some of his most important works is now being held at the Minsheng Art Museum in Beijing.

The exhibition focuses on the changing course of Fang's art and reveals the stories behind it.

Over 80 of Fang's paintings were displayed, including some of his early works that are being shown in public for the first time.

"Through this exhibition, we want to discuss what influence society and personal occurrence have on artists. We want to show how the artworks are made. Usually, we only display the result, but this time we want to find out the reason," Fang said.

Fang is an important figure in China's new art trend. His works are often described as cynical realism. 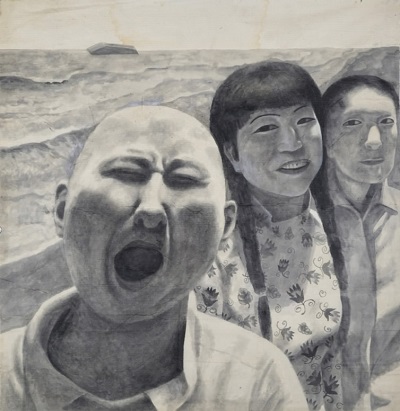 One image that often features in his art is that of a bald man, usually with dull or bored facial expressions. One of these hairless creations made it to the cover of Time Magazine in 1993.

Fang's works are critically-acclaimed across the world. Many of his paintings hang in important museums and art galleries home and abroad.

"His ideas of composition are based on the entirety, which means in different historical periods, his art always had a close connection with the time he was in. They have become a part of the era," said Huang Liping, curator of the exhibition.

The exhibition will last until November 29. Seminars and other related activities will also be held during the event.