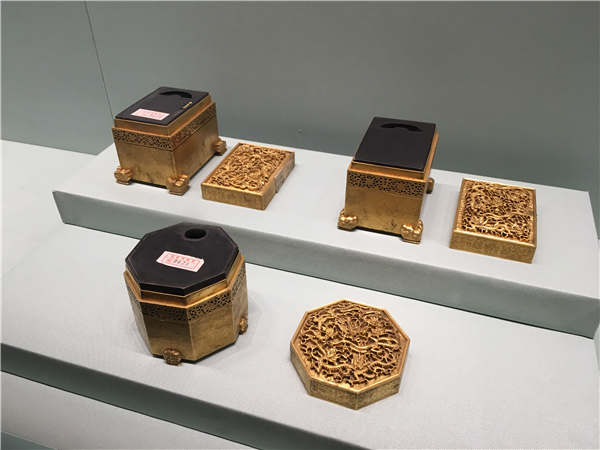 Qing emperors' inkstones are among artifacts at new exhibitions in the Palace Museum in Beijing. (Photos: Wang Jing and Wang Kaihao/China Daily)

A digital journey through an ancient scroll, 'blank-period' porcelain and inkstones are on display at the Forbidden City as part of International Museum Day events. Wang Kaihao looks at these unconventional exhibits.

May 18, or International Museum Day typically, is full of surprises at the Palace Museum in Beijing, also known as the Forbidden City.

Much focus at the former imperial palace on the recent International Museum Day was devoted to the new digital display of China's most-celebrated ancient painting, Along the River during Qingming Festival, from the 12th century.

Visitors can take a virtual ride along the "river" to experience the prosperity of the capital city of the Northern Song Dynasty (960-1127), thanks to 4D-dome cinema technology.

Two other exhibitions that opened the same day were equally unconventional.

The first displays rarely exhibited porcelains from the "blank period" of the Ming Dynasty (1368-1644) in the museum's Palace of Prolonging Happiness.

The Exhibition of Ming Dynasty Official Porcelain from the Zhengtong (1436-49), Jingtai (1450-57) and Tianshun (1457-64) Periods, which will run through June 17, shows 215 exhibits of a neglected segment of Ming porcelain. These pieces are often ignored today, even though the dynasty is generally considered a peak period in Chinese ceramic history.

In 1369, the "imperial kiln" was completed in Jingdezhen, in today's Jiangxi province, to produce exclusively for the royal family.

Most exhibits come from archaeological discoveries made in Jingdezhen in 1988 and 2014.

There was no porcelain exhibition particularly focusing on these periods anywhere before, says Lyu Chenglong, a researcher with the museum.

"The decades are called the 'blank period' because we haven't found any official porcelain bearing the names of the three emperors' reigns," he explains.

One exception is an exhibited bowl from a privately owned kiln in today's Hubei province, created during the reign of Tuanshun.

It was common practice in ancient China to inscribe the bottom of porcelain pieces with production reigns. 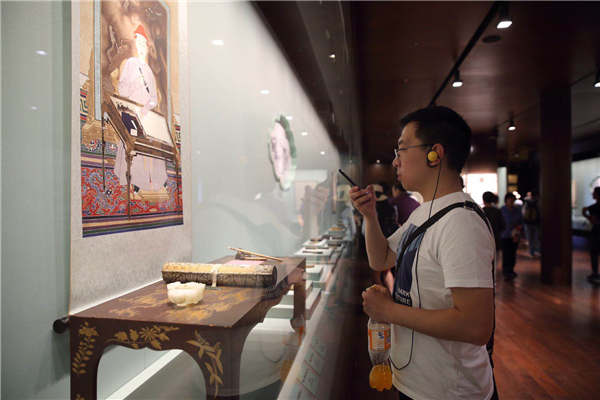 A Ming Dynasty porcelain from the reign of Tianshun and Qing emperors' inkstones are among artifacts at new exhibitions in the Palace Museum in Beijing. 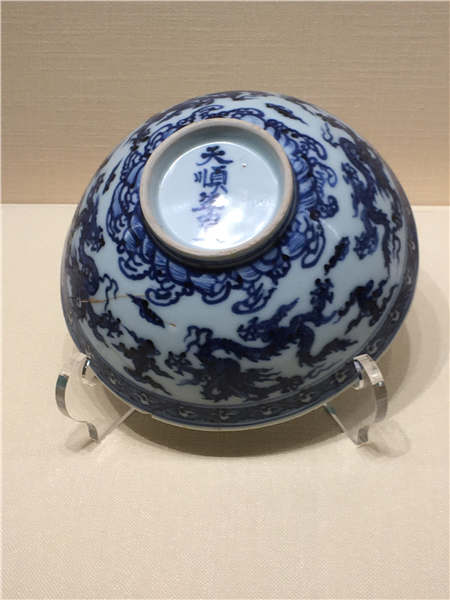 A Ming Dynasty porcelain from the reign of Tianshun is among artifacts at new exhibitions in the Palace Museum in Beijing.

"One possible explanation is that emperors were unwilling to leave the information on porcelain because of continuous social upheavals," Lyu says.

Zhu Qizhen - the sixth Ming ruler, who's also known as Emperor Zhengtong - was taken by Mongols as a war prisoner during a military expedition. His younger brother, Zhu Qiyu, or emperor Jingtai, then assumed the throne.

But Zhu Qizhen returned to Beijing eight years later, reclaimed the crown and imprisoned his brother. His second reign was called Tianshun.

Only top-quality items were allowed in the Forbidden City during the Ming Dynasty.

Porcelain pieces with slight defects were broken and buried in the kiln.

This left a massive amount of abandoned pieces in Jingdezhen.

"We can determine when these pieces were produced based on the soil layers in which they're found," Lyu says.

"We have a vague understanding of these items. So the period isn't actually 'blank'."

He mentions an 80-centimeter-high blue-and-white water container with a 70-cm diameter that's being restored from broken pieces.

"We've never found such a large piece from other periods of the Ming Dynasty."

The Forbidden City experienced a massive fire in 1421, one year after it was completed.

The inferno destroyed all three major palaces of the outer court. Reconstruction was completed during the reign of Zhengtong.

But creating such large porcelain pieces proved too difficult. Copper was used instead. Now, these containers are commonly seen in the Forbidden City today.

The museum's collection of porcelain pieces without time stamps posed a challenge to researchers. 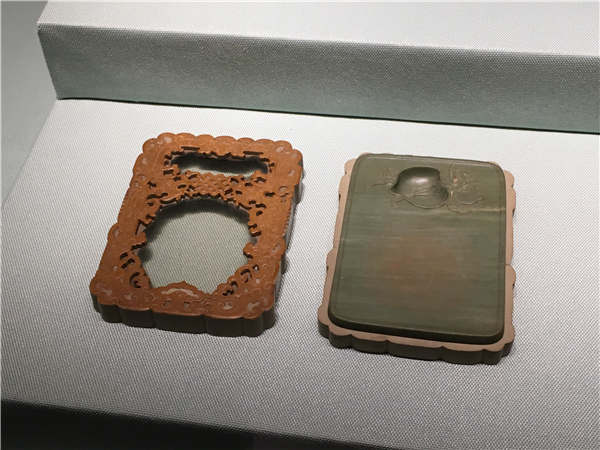 Qing emperors' inkstones are among artifacts at new exhibitions in the Palace Museum in Beijing.

"We previously categorized them into time periods by analyzing their artistic styles," Lyu says.

"But we realize we have to re-examine this approach as we study more samples unearthed in Jingdezhen."

Palace Museum director Shan Jixiang says: "The museum is an important platform to introduce recent archaeological achievements to the public."

New findings are being made as the museum categorizes its inventory.

The Selected Qing Court Inkstones from the Palace Museum Collection that opened in the Gate of Devine Prowess (Shenwumen) Gallery on International Museum Day is the first exhibition devoted to royal inkstones, the mortars used to grind ink for writing with brushes. The exhibition will run through July 29.

About 140 inkstones in the exhibition show the tastes of different Manchu emperors.

Exhibition curator Zhao Lihong says, "As a kind of stationery, the inkstones show Qing emperors' attitudes toward literary culture and their inclination to get along with Han people.

"Indeed, emperors like Qianlong (1711-99) engaged with Han culture and understood it in depth."

Qianlong wrote poems on almost every inkstone he collected.

The major hubs for inkstone production in China, like today's Anhui and Guangdong provinces, gave their finest pieces to the imperial court. But the rulers weren't satisfied.

Some were designed with heaters to thaw frozen ink during winter.

"Qianlong also experimented with mixes of soil and stones from different parts of China to create the best raw materials," the curator says.

"Sometimes, he even ordered the production of 'counterfeit antiques'."

For example, an exhibited piece from Qianlong's reign was marked with the name of Su Shi, a prominent member of the Northern Song Dynasty's literati. Patinas were deliberately added.

Another signature material of the Qing's royal collections are precious Songhua Stones.

The story goes that Qianlong's grandfather, emperor Kangxi, discovered the stone variety when visiting a region near northeastern China's Songhua River, during a trip to pay homage to his ancestors.

The area is believed to be where Manchu people originated from.

"Kangxi then wrote a passage venerating the stone to show his affection for this lesser-known treasure," Zhao says.

"It's also a metaphor to show his inclusiveness of talented individuals, irrespective of their ethnic group."