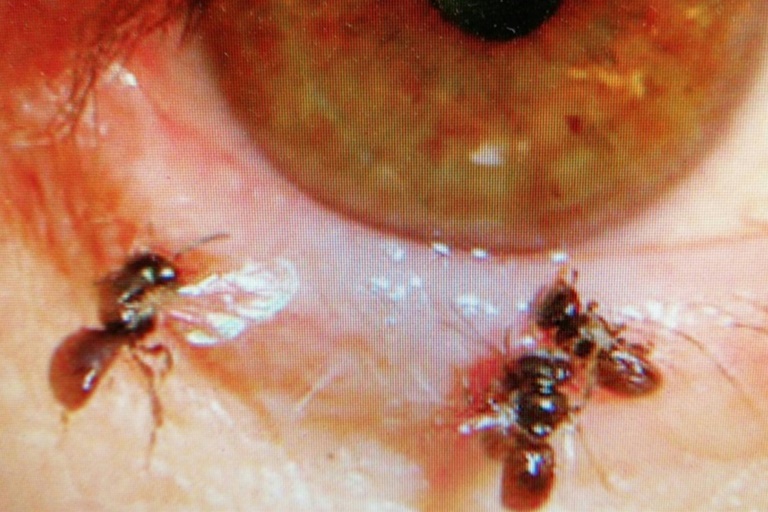 The 3-millimetre long bees were carefully removed after a woman sought medical help with a swollen and itching left eye. (Photo: AFP)

Four "sweat bees" that had been living in a Taiwanese woman's eye were removed by a doctor who described his surprise at finding a "leg with hair, protruding from the eyelid".

The tiny insects, which are just three milimetres (one-tenth of an inch) long, were discovered after the woman -- known only as Ms Ho -- sought treatment for an itchy and swollen left eye, Dr Horng Chi-ting said.

"I think the Halictidae mistook the eyelid for an armpit," he told AFP, using another name for "sweat bees" that are attracted to sweat, adding it could be the first case of its kind worldwide.

Horng looked closely at the woman's streaming eye and "was surprised to find a back leg with hair protruding from the eyelid. I didn't know what the insects were," he told AFP.

He then sent the insects to a professor at National Taiwan University for identification.

The 29-year-old woman's ordeal began when she was out weeding her ancestors' graves at the end of last month and felt a gust of wind blow something into her eye, Horng said.

"Luckily the Halictidae didn't attack her eye and they were removed relatively quickly," he said.

"She thought the itching was caused by her contact lens and did not rub her eye. That would have crushed the poisonous bees to blind her,"