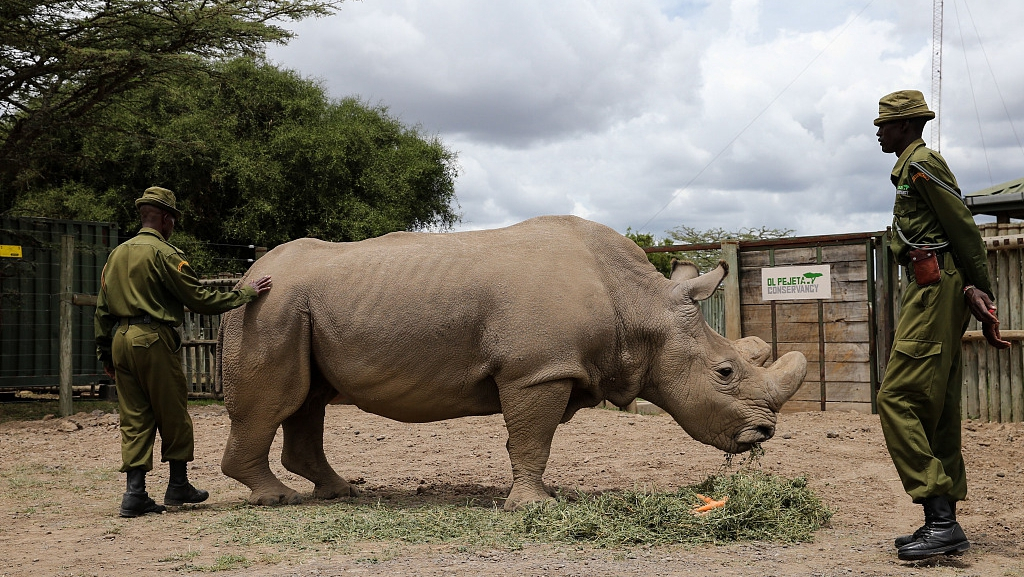 For years, scientists have been trying to create synthetic ivory and horns to protect iconic wild animals from poaching. In a recent move, the University of Oxford and China's Fudan University jointly designed fake rhino horns to save the species from becoming extinct.

While the concept appears promising, its effectiveness remains in doubt. In the case of rhino horns, its widespread use in traditional medicine has spiked demand, triggering massive poaching of the pachyderm in African countries.

The synthetic rhino horn is formed from a tuft of tightly packed hair. Researchers from both universities bundled together horsehair—the rhino's closest relative in the animal kingdom—creating fake rhino horns that they could flood the illegal wildlife market with.

"It appears from our investigation that it is rather easy as well as cheap to make a bio-inspired hornlike material that mimics the rhino's extravagantly expensive tuft of nose hair," said Professor Fritz Vollrath, co-lead author of the study.

In the last decade, there has been an unprecedented increase in rhino poaching across Africa. South Africa, with 79 percent of the global rhino population, has become one of the worst victims of rampant poaching.

According to the International Union for Conservation of Nature (IUCN), 1,338 rhinos were killed for their horns across Africa in 2015, the worst year on record. The population of black rhinos plummeted to barely 5,000 individuals.

"Our study demonstrates that materials science can contribute to fundamental issues in biology and conservation," said Mi Ruixin, co-author of the study from Shanghai-based Fudan University.

A similar attempt was made to contain elephant poaching with the creation of synthetic ivory.

Experts predicted that synthetic ivory would replace products like billiard balls, piano keys and provide an alternate livelihood to carvers.

"But synthetic ivory is not proving to be the panacea hoped for by conservationists and Chinese enforcement agencies," Zhou Zhaomin from the Kunming Public Security Bureau for Forests wrote in the journal Nature in 2014.

Every year more than 20,000 African elephants are still poached for ivory.

According to the conservation group Save the Rhino, there have been many attempts to create synthetic or bio-engineered rhino horns in the past, each with varying degrees of success. Previously, scientists created poison-infused pink dye to color the rhino horns, but it couldn't lower the rhino poaching rate.

"At best, these are well-intentioned but ill-informed; at worst, they are cynical exploitation of desperate conservation measures," said Cathy Dean, CEO of Save the Rhino.