CULTURE Family members set to strut their stuff on stage

Family members set to strut their stuff on stage 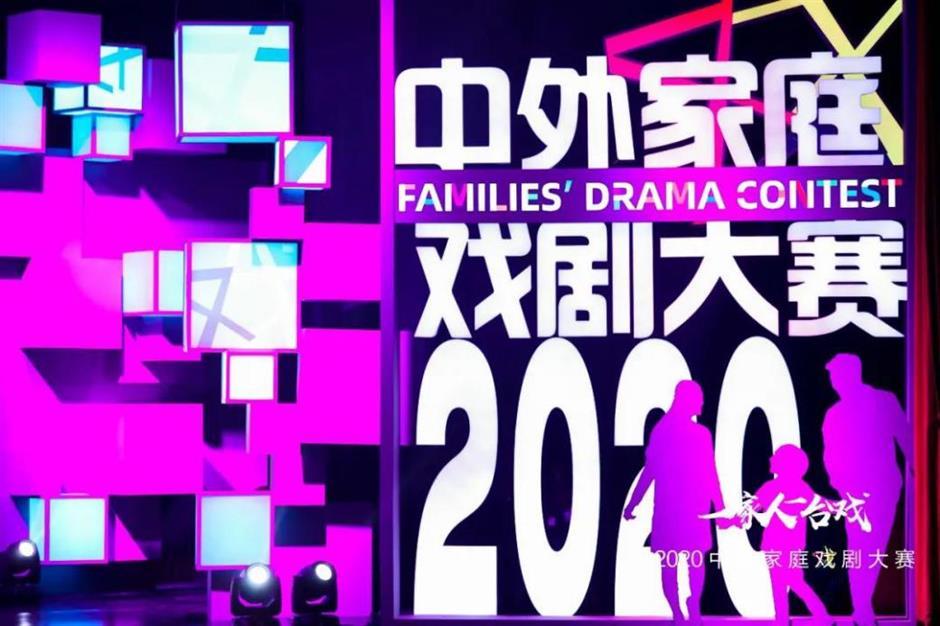 The 2021 Chinese and Foreign Families’ Drama Contest has attracted more than 1,000 families to submit videos of their work.

A drama contest that provides an outlet for families to display their artistic talents has returned to Jing’an District.

For a second year, the 2021 Chinese and Foreign Families’ Drama Contest, which requires at least two immediate family members to give five-minute performances, attracted more than 1,000 video "auditions" by the end of February.

This year’s participants are both local and mixed Chinese-Western families living in the Yangtze River Delta region.

Performances range from musicals and short sketches to satire and traditional operas, including classic repertoires that celebrate the 100-year history of the Communist Party of China. 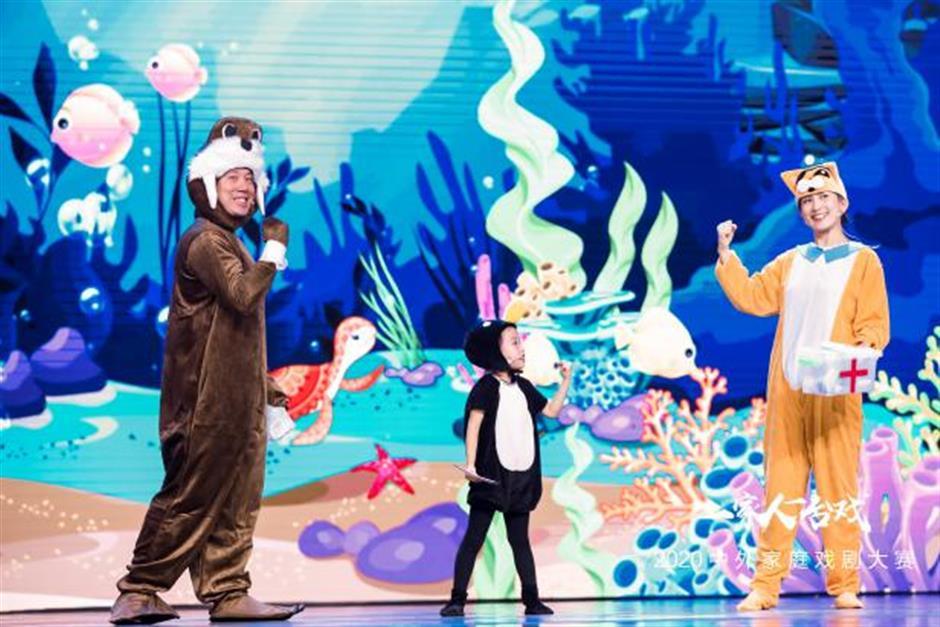 A screenshot from a family's video submission in last year's contest.

After a preliminary round, about 100 families will reach the semifinals and perform in front of a live audience in March or April. The final round will take place on May 3.

Themed “A Great Family Drama,” this year’s contest is part of the Modern Drama Valley and Shanghai Citizens Art Festival. 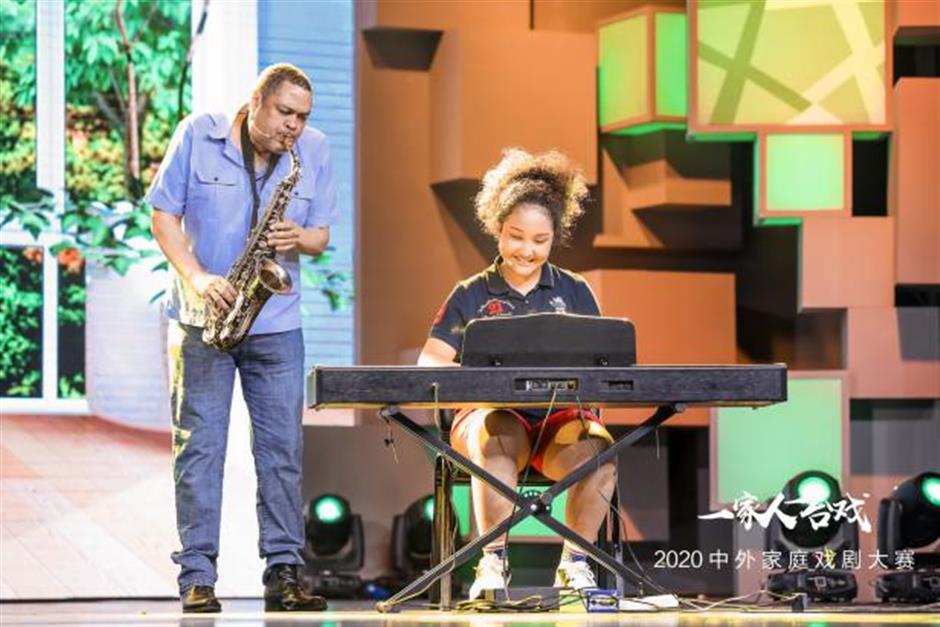 A screenshot from a musical submission last year.

The contest was first held last spring when the familiar hustle and bustle of the city fell silent due to the coronavirus pandemic.

Stuck at home, people spent more time with their families, which increased both communication and disputes among family members, said Luo Xin, a well-known local televisionanchor and one of the show's organizers.

“Putting on a play about time spent at home can bring family members closer together,” he said. 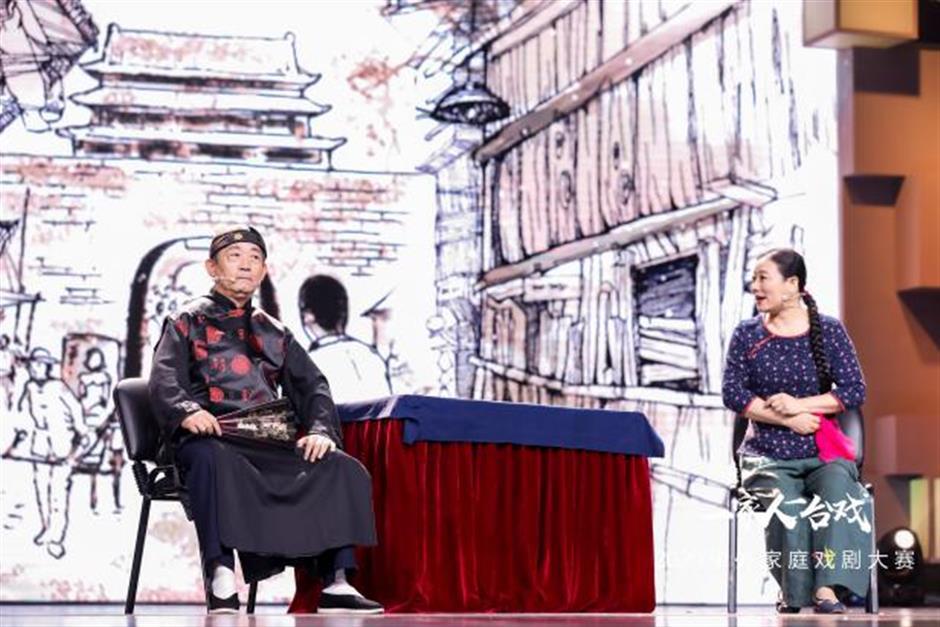 The contest was first held last spring when the familiar hustle and bustle of the city fell silent due to the coronavirus pandemic.

Last year’s contest, which was only open to families living in Shanghai, attracted more than 600 submissions, including retired couples and disabled children.

Last September, 10 families performed in the final round which was later broadcast on TV. Themed “A Great Family Drama,” this year’s contest is part of the Modern Drama Valley and Shanghai Citizens Art Festival.

Graeme Blevins from the United Kingdom performed a music and dance routine with his Chinese wife and in-laws. Their performance included Chinese folk dance and singing as well as Western guitar playing.

His wife Zhou Ping said it was her first time performing on stage with her parents, and her in-laws back in the UK loved their performances.

“The competition has brought us closer together," she said. "We visit each other more frequently."