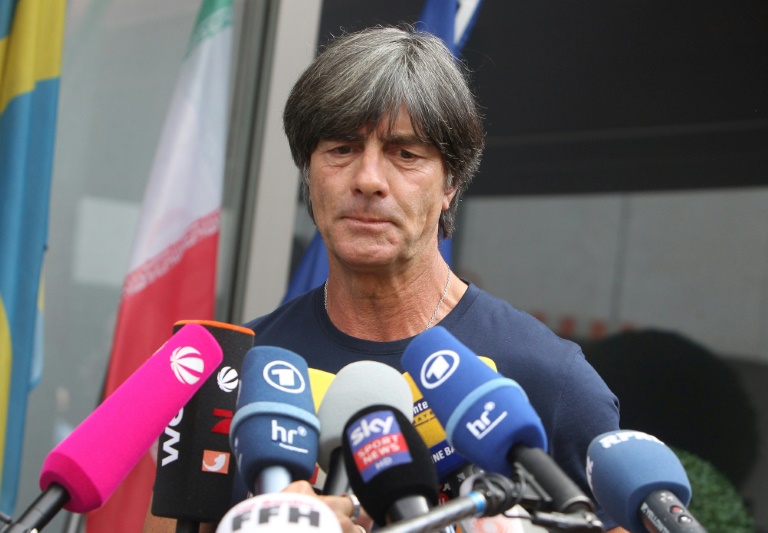 German fans and former players are unanimous in their support of Joachim Loew remaining as head coach of the national team despite his overseeing their disastrous World Cup campaign.

In a survey by broadcaster RTL, 48 percent of Germans say Loew should remain as head coach and 37 percent want him to go, with the remaining 15 percent undecided.

His star players agree, but the German Football Association (DFB) expect to hear Loew's decision in the coming weeks amid the biggest crisis of his 12-year reign.

"He should stay, he has been doing a great job for years, bringing young players into the team, and I hope 'Jogi' will stay," midfielder Sami Khedira told German daily Bild.

Forward Thomas Mueller, who like Khedira had a desperately poor World Cup, agreed, saying: "Basically we are all convinced of his way of doing things."

Loew dropped both Khedira and Mueller for their poor displays against Mexico and Sweden respectively in the group stages as his misplaced loyalty in several 2014 World Cup stars backfired.

Only last month, Loew signed a lucrative contract extension with the DFB until 2022.

Yet now he has retreated to his home in Freiburg in the Black Forest to consider his future.

Despite winning the 2014 World Cup, then lifting the 2017 Confederations Cup while unearthing a new crop of stars, Loew's golden reputation has taken a mauling in Germany.

The holders finished bottom of their group, failing to progress at a World Cup finals for the first time since 1938.

However like the fans, pundits are also keeping faith in Loew.

"Letting a coach go is relatively easy, then comes the next step, who is a potential successor?" ex-Germany defender Christoph Metzelder told Sky Sports.

"I'm relatively out of answers, as I am sure others are too."

Liverpool coach Jurgen Klopp, ex-Arsenal boss Arsene Wenger, and 73-year-old Jupp Heynckes, who coached Bayern last season before retiring, have been linked to the job, but none are currently likely successors.

Lothar Matthaeus, who captained West Germany to the 1990 title, said Loew's motivation must be the key factor.

"Does he have the power, desire and motivation to steer this ship, which has completely foundered, in the right direction again?" Matthaeus told Sky Sports.

Matthaeus says the DFB will not sack Loew, but questions whether he "has the motivation to lead Germany into the Euro 2020 qualifiers," the draw for which takes place in December in Dublin.