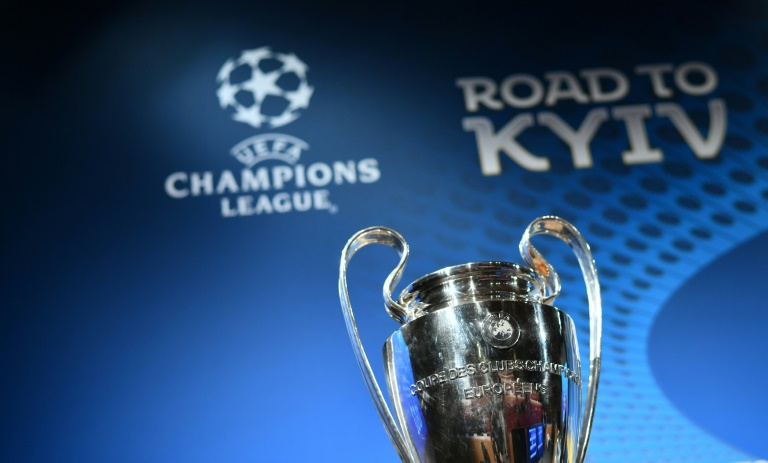 Real Madrid and Liverpool are meeting in the Champions League final in Kiev. (Photos: AFP)

UEFA president Aleksander Ceferin said the tickets could not be resold to Liverpool fans for security reasons but they would instead be put on sale for local fans in the Ukrainian capital.

As anger mounts over the rocketing prices and cancelled bookings -- with some hotels charging up to 100 times their standard rates -- Liverpool said they had complained to the "highest levels" of European football's governing body.

Ukrainian UEFA vice-president Grigoriy Surkis criticised the behaviour of hotel owners looking to make a quick buck for the clash between the two European giants, who have won the competition 17 times between them.

"I am not disappointed, I am furious," he told AFP. "I think it is a disgrace for the capital, where individual hotel owners did not give everyone a chance to come here by raising the prices not ten-fold, the way it happens in other cities, but nearly a hundredfold." 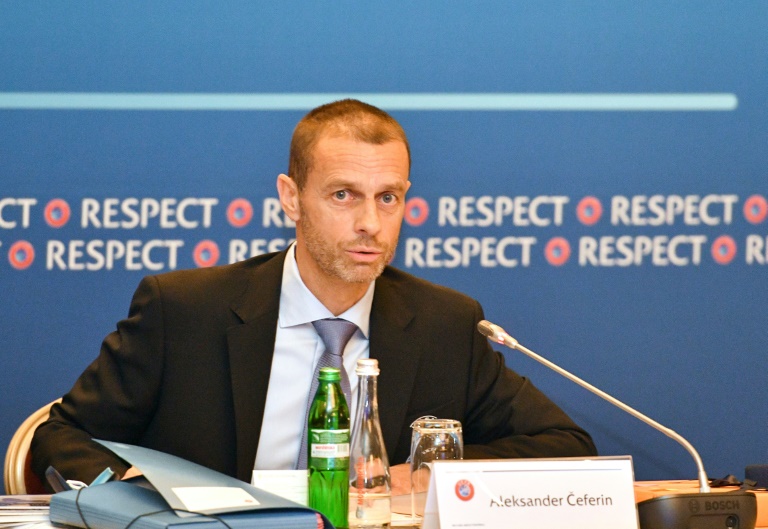 UEFA president Aleksander Ceferin speaks in Kiev on May 24, 2018.

"They just don't have the airport infrastructure and the hotel capacity to cope with an event of this size and there isn't another major city within real hitting distance of it," he told the Liverpool Echo newspaper.

"It's not only affected Liverpool fans but Real Madrid fans too. There will be lessons learned from this. Rest assured, I've raised this at the highest levels of UEFA."

The decision to award the final to Kiev was made before Ceferin's election as president in 2016 and the Slovenian has already reintroduced a tender process with evaluation reports on cities bidding for finals.

Istanbul's 76,000-capacity Ataturk Olympic Stadium was named as the host for the 2020 final on Thursday, while next season's final will take place at Atletico Madrid's Wanda Metropolitano.

Ceferin admitted that the black market for tickets was a big problem, with each club originally allocated 16,626 tickets despite worldwide fanbases.

According to UEFA, Kiev's Olimpiyskiy Stadium has a capacity of 63,000 for the game.

"We cancelled the tickets that were on the black market but the thing is I am not sure if it is possible to completely prevent it, but we are trying to do as much as possible," he said.

Liverpool head of club and supporter liaison Tony Barrett said he sympathised with fans over their plight.

"For those of you who get to Kiev, I hope it's worth every penny and every ounce of effort that you have put in," he tweeted.

"For those who don't -- and there are already far too many in this position -- I apologise for not being able to help you. Football without fans is nothing." 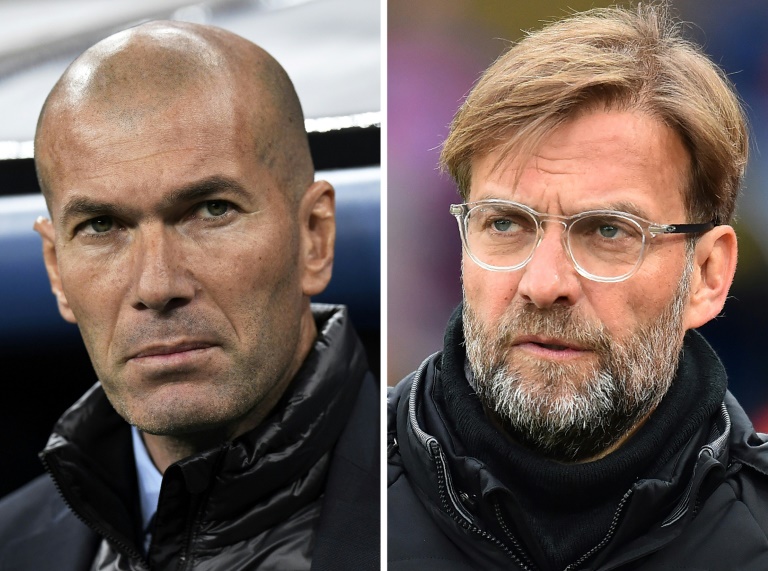 Real Madrid coach Zinedine Zidane (left) and Liverpool boss Jurgen Klopp will pit their wits against each other in the Champions League final.

"Everything has been a nightmare," he said. "I have reported it on social networks and Ukrainian journalists have even called me because it gives a bad image for the city and the country.

"People have created a Facebook group offering their houses in Kiev for free and it works brilliantly, it´s genuine."

Spanish fan groups have organised accommodation outside Ukraine as well as in Kiev and many fans are flying straight in and out.

Nabil Alturek, president of fan group Pena Capote Y Montera, said two groups were travelling. One will sleep in Warsaw one night and Kiev the next before returning to Warsaw and the other will spend the night at the airport in the Ukraine capital.

"It was cheap because we booked a long time ago," he said. "We were shocked by the cancellations, but we were lucky, we paid 40 or 50 euros per person" at the hotel in Kiev.

But Kiev mayor Vitali Klitschko, the former world heavyweight boxing champion, gave a robust response about the situation in the city.

"The fact that prices are going up before a major event, this happens in other places besides Kiev," he said. "This is world practice. The city cannot regulate business -- these are the laws of the market."

Real Madrid are targeting their fourth Champions League title in five seasons while Liverpool are eyeing their first since 2005.