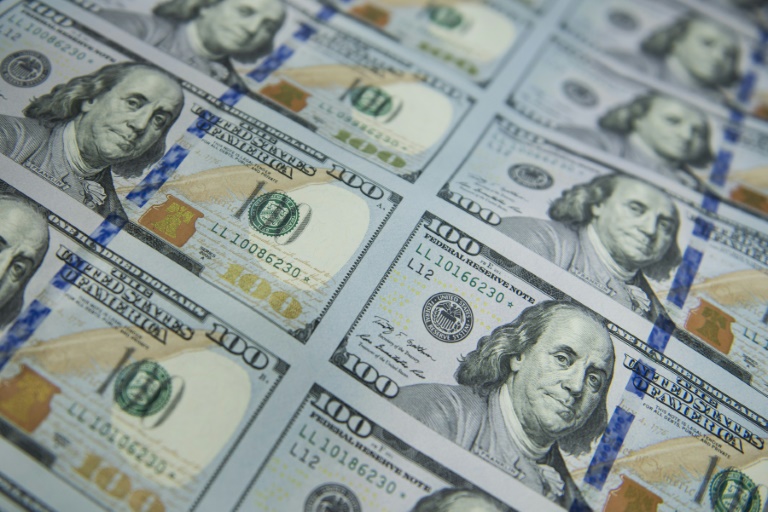 A judge in the US handed $5 million in compensation and punitive damages to two music fans over the failed 2017 Fyre Festival, which had been billed as a luxury music festival in the Bahamas (Photo: AFP)

Two of the thousands of music fans who paid top dollar for a luxurious festival in the Bahamas but found squalor instead are getting money back -- $5 million worth.

In the first damages awarded over last year's ill-fated Fyre Festival, a judge in Raleigh, North Carolina handed two fans each $1.5 million in compensation including for mental anguish plus $1 million each in punitive damages, far more than the minimum sought.

Seth Crossno and Mark Thompson said that they shelled out $13,000 with a promise of exclusive accommodation on a private island but instead wound up in a relief camp-style tent and left when they felt unsafe.

The Fyre Festival was abruptly canceled and attendees evacuated, leading to online mockery of many of the young fans who had bought into the advertising of the event as a uniquely high-end music party.

Crossno, who built a following by tweeting about the festival, confirmed on social media the verdict issued last week, which was earlier reported by Vice News and the Raleigh-based newspaper The News & Observer.

A lawyer for Crossno did not immediately return requests for comment.

Crossno tweeted Tuesday that he has also bought the expired trademark for the Fyre Festival and plans to use it on clothing as well as start a podcast. He goes by the name William Needham Finley IV on social media.

Billy McFarland, the 26-year-old entrepreneur behind the Fyre Festival, earlier this year pleaded guilty to two counts of wire fraud over the event, a charge that relates to financial deceit.

As part of his plea deal with prosecutors, McFarland agreed to forfeit more than $26 million, meaning it is unclear whether he would be in a position to pay the plaintiffs.

He was arrested again in June on charges of selling fraudulent tickets to major events such as the Coachella festival.