Dozens of farmers and local officials stormed out of a meeting with France's new environment minister on Thursday as he confirmed two more bears would soon be released into the Pyrenees mountains. 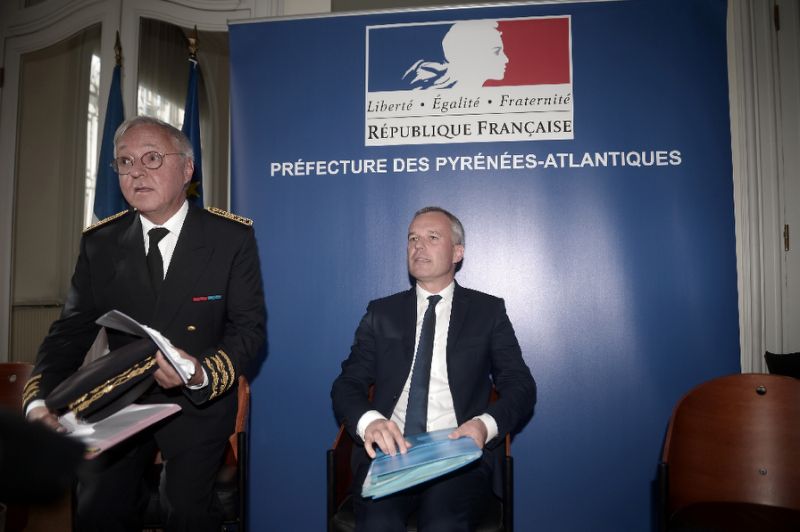 Francois de Rugy, seen on the right, said the plan to release two more female bears on the Pyrenees would go ahead as planned (Photos: AFP)

Around 40 brown bears currently roam the range between France and Spain after France began importing them from Slovenia in 1996 after the native population had been hunted to near-extinction.

But the move to increase their numbers has infuriated farmers who have long complained about them killing sheep and other livestock.

The addition of two more females was announced by former environment minister Nicolas Hulot in March as part of a 10-year "Bear Plan" to increase their numbers to some 50 sexually mature bears. There are just two males in the area.

Environmental activists say the bears are integral to preserving a fragile ecosystem, and are emblematic of the government's plan announced in July to shore up biodiversity which is under threat from human activity and climate change.

Following Hulot's shock resignation last month -- on grounds President Emmanuel Macron's government was not taking enough action on green issues -- opponents of the plan had been hoping the plan might be sidelined.

But after meeting with around 60 farmers and officials in the southwestern city of Pau, new minister Francois de Rugy told journalists the bears would be released "by early October".

"Lots of lawmakers are against it," he acknowledged, "but at some point we have to decide, which is what I've done." 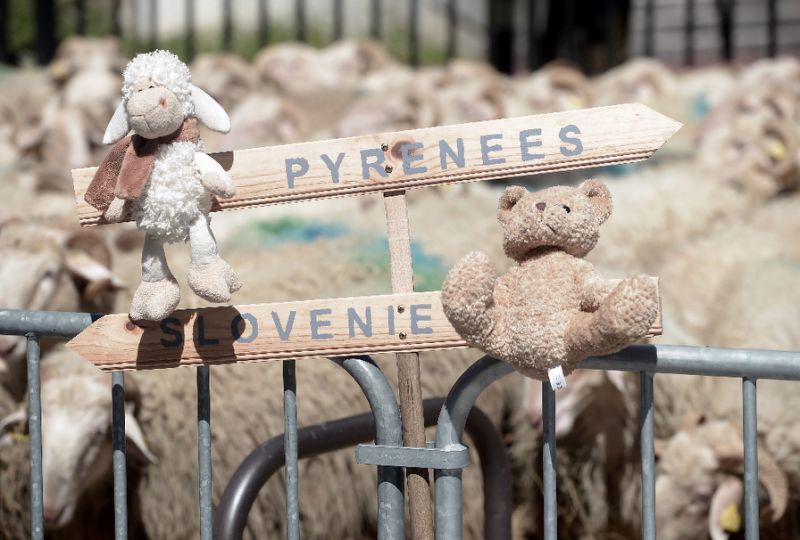 French shepherds have held a number of protests over plans to bring bears to the French Pyrenees from Slovenia, with the demonstrations generally featuring teddy bears

'Get rid of them'

The news prompted most of those at the meeting to walk out.

"What good is talking if the decision has already been made? We left," said Etienne Serna, the mayor of Aramits who acts as spokesman for an anti-bear association.

Meanwhile, around 200 shepherds and farmers who had refused to meet with Rugy held a protest in Asasp-Arros, a neighbouring village at the foot of the Pyrenees.

"Using all possible means, we will refuse the re-introduction of bears on our land, where they have no place," said Olivier Maurin, president of a local anti-bear group.

"We don't want these predators, and we will get rid of them," he said next to a teddy bear hanging from a noose with the words "Wanted: Dead or Toothless". 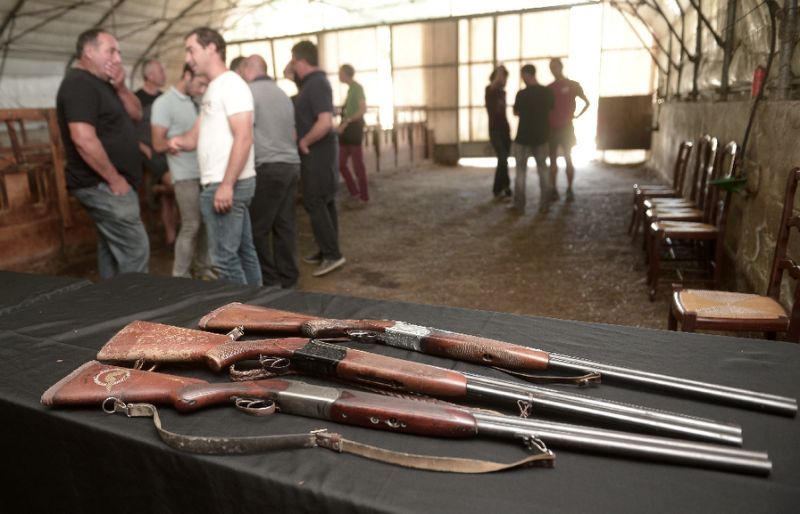 The battle over the bears echoes the controversy over policies encouraging the comeback of wolves across the Pyrenees starting in the 1990s.

Rugy said despite the protests he would push ahead with a visit to a summering pasture to meet with shepherds herding the flocks not far from the Spanish border.

"I believe in dialogue," he said, but "if we wait, we would never decide anything," adding that it was necessary to "get out of this stalemate."

The government compensates farmers for any livestock deaths from bear attacks, though that has failed to ease their ire.

They point to an incident in July 2017 when more than 200 sheep died after running over a cliff while being chased by a bear.

But environmentalists hailed the decision as a sign of shifting mentalities, pointing to recent elections of pro-bear mayors in several towns.

The WWF called Rugy's decision as "a strong signal of the government's determination to halt the disappearance of species on French territory."

Jean-David Abel of France Nature Environment (FNE) said the re-introductions should include measures to help farmers, such as training in the use of guard dogs.

Cover photo: Brown bears were hunted to near extinction in the Pyrenees but there are now around 40 roaming the mountain range