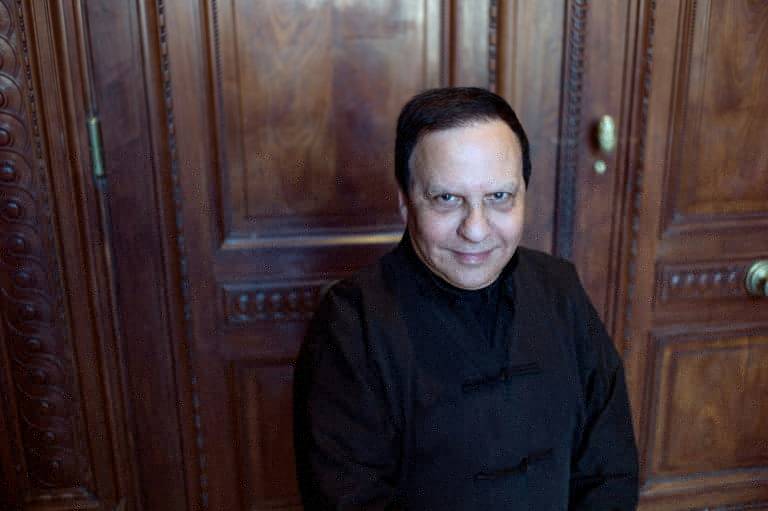 Azzedine Alaia's couture house has said it plans to continue with the designer's "vision and style" Photo: AFP

The last collection of fashion legend Azzedine Alaia will be shown in Paris next year, his couture house said Monday.

The Tunisian-born designer, known as the King of Cling for the way his clothes hugged the body, died suddenly in November, reportedly of heart failure after falling down the stairs at his home in Paris.

Since then rumours have swirled about the future of his label.

But the couture house said in a statement Monday that it would continue, saying it would show the last ready-to-wear clothes and accessories he created in the French capital in January and March.

"The multiple talents that make up the Alaia family -- of which some have worked with him for more than 30 years -- will stay with the house in this new era," the statement said.

"This family will continue the vision and style of Mr Alaia, a timeless beauty that will take shape every day in his studios," it added.

The diminutive maverick, who ignored fashion week convention by showing when and where he wanted, produced his first couture collection in six years in July to rapturous reviews.

Supermodel Noami Campbell, his longtime friend and muse, who led that collection down the catwalk, cried at his graveside in Tunis.

The pair were so close Campbell called the designer "Papa".

Alaia, 77, trained as a sculptor and used his fine art training to sculpt with needle and thread.

During the height of the Algerian war of independence he moved to Paris, where he soon got a job with Christian Dior, only to be let go because he did not have the right immigration papers.

Despite the setback, he moved on to work with Guy Laroche and Thierry Mugler before going out on his own with his own wealthy clientele.

His label said that a foundation was being created to safeguard his work, with regular exhibitions to be held in a space next to his studio in the Marais district of the French capital.

A retrospective of his work, "Azzedine Alaia, The Couturier", will open at the Design Museum in London in May, when the brand will also open its first British boutique.