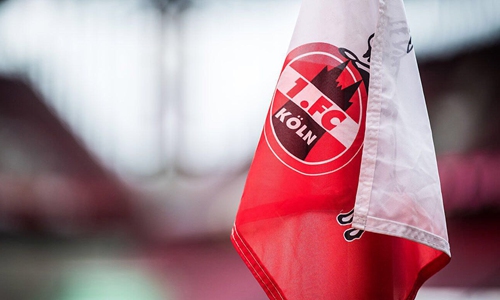 An official from the Chinese Football Association (CFA) said on Thursday that the halt of German Bundesliga club FC Koln's academy project in Northeast China is a normal decision, after some Western media claimed that it was due to the club's dissatisfaction with China's human rights situation, citing a club board member.

The project is a civil cooperation and there are many similar projects in China, the official told the Global Times.

Echoing the official, the club released a statement on Thursday on its Sina Weibo account, citing club president Werner Wolf as saying that "calling off the project off was due to the club's current sporting situation, as well as in consideration of resource integration and priority."

"I did know about the sports cooperation project, but the German's words are nonsense," said Geng Shuang, spokesperson of Chinese Foreign Ministry, in response to the comments at Thursday's routine press conference.

The response came after some Western media cited the criticism of China's human rights situation by Stefan Müller-R?mer, a member of the club's board, as the reason for the project's halt.

The incident followed online post of Ozil, a Turkish-German footballer in Premier League Arsenal, in which he falsely called China's Xinjiang "East Turkistan," which triggered a call for a boycott against Ozil.

FC K?ln ranks 15th in the Bundesliga, with only two points from the relegation zone. Some analysts said the club now needs money for transfers to avoid relegation.

The club also noted that the academy project needs massive investments in manpower.

It distanced itself from Müller-Romer by saying these comments are his personal views and do not represent the club's stance.

The club has maintained a good relationship with China, especially the city of Shenyang. In 2016, the club's board toured Shenyang and met with the city's football governing body.

In 2017, the club reportedly signed contracts with a local FC, ranging from youth development, club management and crew and footballer development.