The World of Chinese

There is nothing more quintessentially American than a scary summertime shark movie. However, The Meg, Hollywood’s latest offering in this tradition, bucks convention by bringing the action to the Chinese coast.

A film featuring the resurgence of prehistoric megalodon monster sharks, The Meg is the first of an expected series of co-productions between Warner Bros. Pictures and China’s Gravity Pictures. US critics have dissed the film, with the Houston Chronicle calling it “as dumb as a bucket of sand!” Skeptics from The New York Times, believing that the script was written with the Chinese audience in mind, hypothesized that the shark film would share the fate of other less-than-profitable US-Chinese co-productions (such as the infamous The Great Wall starring Matt Damon) and would never justify its estimated $200 million budget.

The Great Wall performed relatively well in China, but bombed at the US box office (China Daily)

For years, film co-productions have been widely publicized by both US and Chinese media, but have constantly fallen short of both critics’ and audiences’ expectations. One of the major challenges has been finding content that appeals equally to the Chinese and US public.

However, William Pfeiffer, the chairman of Globalgate Entertainment, argues that despite numerous challenges, the convergence of the world’s two largest movie markets is inevitable: “There will be a big blurring of borders. We are already seeing it in film financing. And now there are attempts in story.”

The Meg seems to have fulfilled Pheiffer’s prophecy. It garnered $141.3 million in box office revenue from its worldwide opening. In the North American market, The Meg made $44.5 million, while it raked in $50.3 million in China. Asked to comment on the film’s success, Warner Bros. distribution chief Jeff Goldstein told the South China Morning post, “This was a fun, dumb popcorn movie that just looked interesting to the public everywhere around the world.”

Although the plot is infused with Chinese elements, they were well integrated: The first scene features actor Jason Statham (of Fast & Furious fame) in a deep-sea submarine rescue operation. The second scene features Rainn Wilson (who played Dwight from US television hit, The Office) as a billionaire flying in a helicopter from Shanghai to his ocean research facility off the coast of China.

At the research facility, the audience is introduced to a Chinese father-daughter marine scientist duo, played by Winston Chao and Li Bingbing, who are conducting underwater research expeditions in the depths of the Marianna Trench. During these expeditions, they discover a megalodon shark and, while escaping, unwittingly bring these monster sharks into the open ocean. 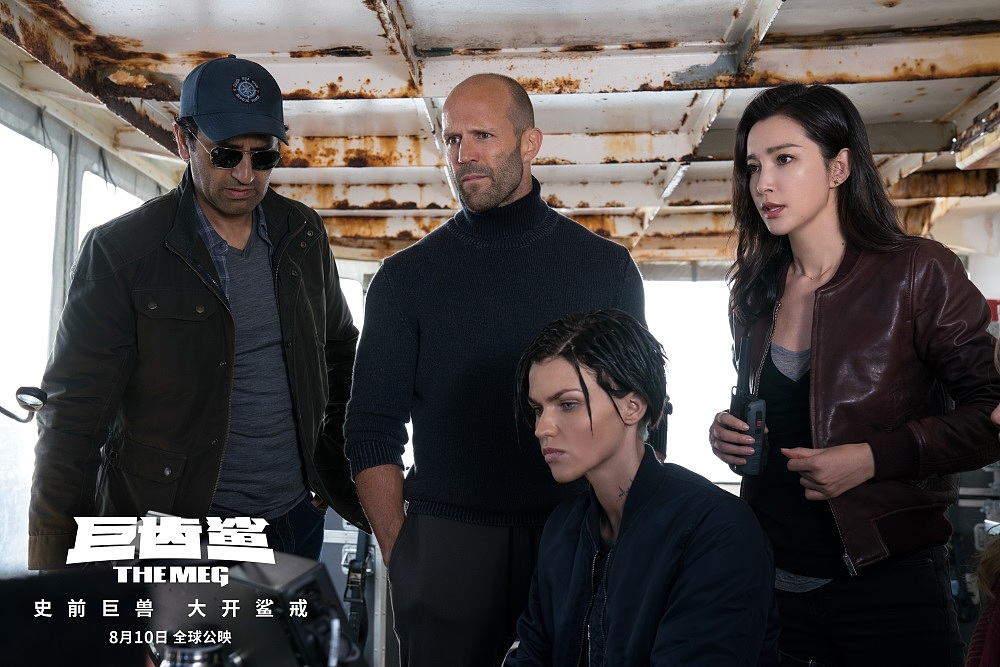 One of the megalodons heads straight away to Sanya on China’s southeastern Hainan province, where a chaotic feeding frenzy ensues. For the scene, director Jon Turteltaub told the Los Angeles Times that he was visually inspired by an internet search on Chinese beaches which showed “thousands of people in inner tubes smushed together… God, that looks delicious if you’re a shark.” These Hainan scenes (which were, ironically, shot in New Zealand), reportedly required 5,000 extras to bob around in the water.

The movie seems to navigate both Chinese and US humor in a way that is not completely off-putting to either side. (Spoiler alert) With Rambo-style bravado, Rainn Wilson’s billionaire character directs Blackwater-esqe mercenaries to literally bomb ocean to kill one of the megalodons. When (surprise, surprise) the bomb kills a whale rather than a shark, the billionaire is devoured by the sea monster, while searching in vain for megalodon teeth as decoration for his office.

Most of the Chinese humor centers around a clueless rich bride, who is getting married on a yacht off the coast of Sanya. When her tiny Yorkie jumps in the ocean, she throws a temper tantrum, claiming that her wedding was ruined by the unruly dog. When it is insinuated that the megalodon devoured the dog, she continues to pout until the end of the movie–when voila, the dog amazingly survives. 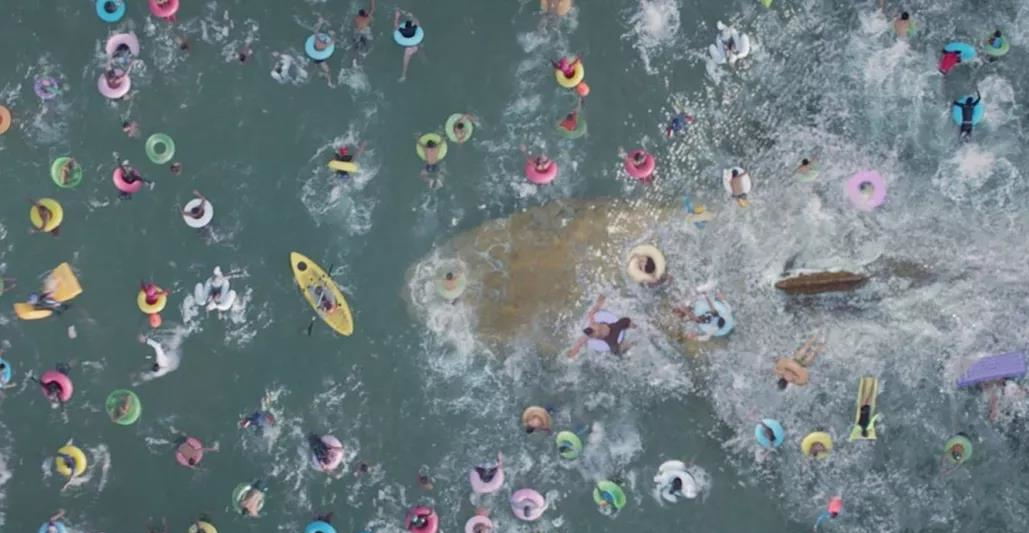 There is zero doubt that The Meg was a commercial success. However, it is important to note that in spite of this, The Meg is, at best, a B-movie in the shark-saturated US market. While the storyline is solid (especially for the rote plot of a monster killer shark), its late summertime release doubtlessly ensured its success.

The question remains if future co-productions between the US and China will be able to garner the acclaim of both audiences and critics alike. Culturally, the respective audiences of these countries are vastly different. While The Meg was able to navigate cross-cultural humor to some degree, how will co-productions in the future balance subjects like romance, parent-child relationships, racism, sexism, and socioeconomic divides? With a blockbuster success like The Meg, co-productions are here to stay–but expect the successful ones to remain in the popcorn thriller realm.