ISLAMABAD, Feb. 5 (Xinhua) - With the colorful advertisement of "Happy Chinese New Year" hanging and waving along the Jinnah Avenue, the main street in Pakistan's capital city Islamabad, Pakistanis are well aware that the traditional Chinese Spring Festival is approaching. 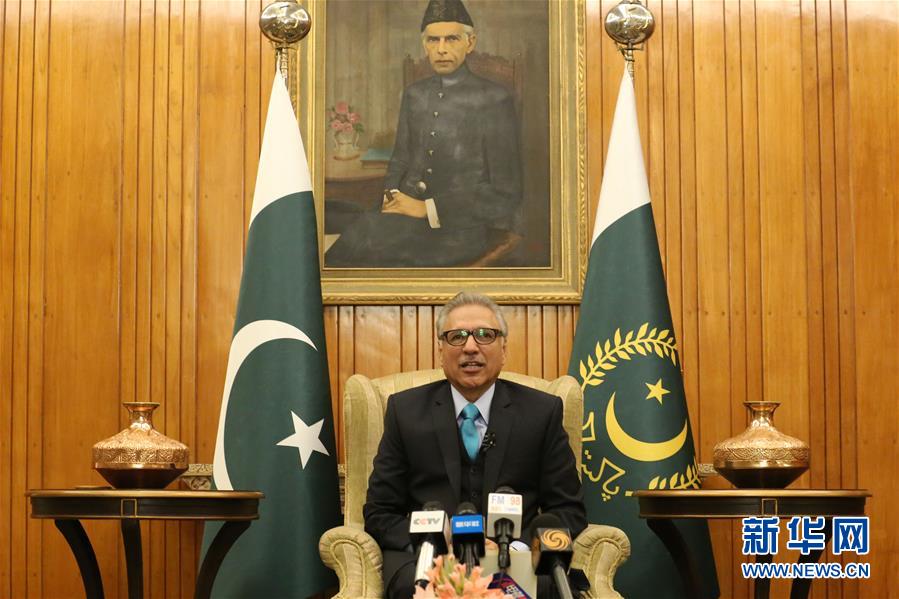 The Chinese Lunar New Year, or Spring Festival, falls on Feb. 5 this year. In this regard, multiple events with spectacular cultural performances are being organized in various cities in Pakistan to celebrate the event. It is more like a kind of new phenomena largely being seen as an indication Pakistan's growing acceptability over Chinese culture.

The events, being attended by thousands of Pakistanis, highlighted different cultural activities like Chinese paper cutting, calligraphy, Chinese painting, use of chopsticks, and dumplings which is the auspicious symbol of traditional Chinese New Year food.

Raheem Khan, a deputy director at the Ministry of Foreign Affairs of Pakistan, told Xinhua that with each passing day, the bonhomie between the time-tested friendly countries of China and Pakistan is increasing.

"The upsurge is visible in every aspect of life ranging from cultural acceptability, language, literature, food. Friendship between China and Pakistan is unique as it's not only state-to-state relation but also people to people connection," Khan said.

"With the inception of the idea of the China-Pakistan Economic Corridor (CPEC), the frequency of mutual exchanges of cultural groups and students increased many folds," the official said, adding that the student exchange programs are in full swing as the Chinese government is offering scholarships to huge number of Pakistani students who will also serve as Chinese cultural ambassadors in Pakistan and would perform their roles in bringing the two countries further closer.

"Over the years, a massive enthusiasm among the Pakistani students is observed by the government who are much eager to learn Chinese language and understand Chinese culture. The student exchange programs would serve the said purposes," the official said.

Mehnaz Perveen, an event organizer at the Foundation of Arts, Cultural and Education, said the Pakistani government has been encouraging Chinese dramas to be telecasted with Urdu translation in Pakistan and the process of broadcasting Chinese dramas on Pakistani TV channels has already been started.

Chinese art groups have made regular visits to numerous Pakistani cities and performed traditional dances, folk songs and played conventional instrumental Chinese music which is quite popular among the Pakistani public, Perveen said, adding that "massive turn-over has been observed for Chinese cultural shows which is a self-evident truth that Pakistani populace love and respect Chinese culture."

In the pre-CPEC era, Pakistan and China were more linked at state level. However, now the people-to-people contact has increased as Pakistanis find the cultural norms of Chinese are more adaptable, a senior Lahore-based journalist Haider Ali told Xinhua.

"There used to be a time when you could hardly find a Chinese eatery to diversify your food intake. However, Chinese restaurants are now tucked in almost every other town," Ali said, adding that even the restaurants with local traditional food are incorporating Chinese cuisines to attract the foodies, all because the Chinese have mingled with Pakistanis.

He said another worthwhile habit Chinese are introducing to Pakistani people is their work ethics which are a distinguishing feature of their work-life balance. Considering that Pakistan is in an evolutionary phase of its development, the "workaholic" routine of Chinese workers serving in Pakistan is something of an inspirational value.

Izhar Ali Hunzai, a member of the ruling Pakistan Tehreek-e-Insaf (PTI) party, told Xinhua that Chinese people are welcomed as special friends and not just foreigners in Pakistan.

"In the age of globalization, China-Pakistan cultural and economic relationship will grow further and take a character of its own. For this both people-to-people contact and governmental-level cooperation are the determining factors," he said.