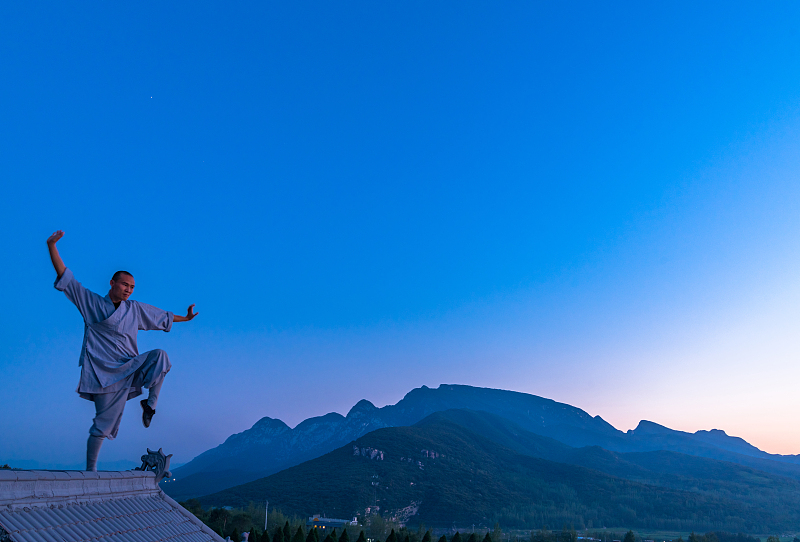 In a sports center located on the outskirts of the Turkish capital Ankara, young athletes are training strenuously.

"We are committed to martial arts and there is a real interest in Wushu, which incorporates different techniques. Our athletes are ambitious," Serkan Bakir, a well-known martial arts instructor and competitor, told Xinhua.

Bakir explained that amid the global health crisis, Wushu, which emphasizes quickness, power and relaxed movement, provides an excellent opportunity for people who wish to strengthen their immune and cardiovascular systems.

"There are many variations of Chinese martial arts. Taiji, for example, can be performed by a toddler or someone who is 85 years old. It can help people stay in good shape. Everyone can benefit from it especially when we have to stay fit to fend off the coronavirus," he noted.

"Those who practice sports tend to become more resilient to this virus which attacks the lungs," the coach remarked.

Standard Wushu training concentrates on a core curriculum of eight major styles, whereas modern Wushu consists of a variety of styles which can be divided into barehanded style and weapon play.

The team consists of barehanded style athletes and most of them have won a local, national or an international title as part of the Turkish national team.

Beyzanur Karakaya, a 22-year-old woman, is currently seeking a master's degree in Sports Education in an Ankara's university. Her goal is to improve in her field and eventually travel to China to master the art of Wushu, which she has practiced for about 10 years.

"I have never been to China or competed against a Chinese athlete, but if I have the opportunity, I would love to go there and train with masters. That would be wonderful," she said.

Karakaya has won several Turkish and European medals and wants to take new challenges within her team which comprises some 100 athletes.

"Since I started practicing this, I became more confident. So it has helped me both physically and mentally, and I plan to improve my abilities in the coming years and excel in the sports with self-discipline," the young girl said.

Ulukok added that she admires the Chinese culture and would like to go and see this culture for herself in the future.

The sentiment was echoed by her teammate, 16-year-old Cetin Ciloglu, who holds the third place in the European championship, saying he was attracted by the Chinese culture which has produced such a form of combat.

"I eventually want to become a world champion in Wushu," Ciloglu said.