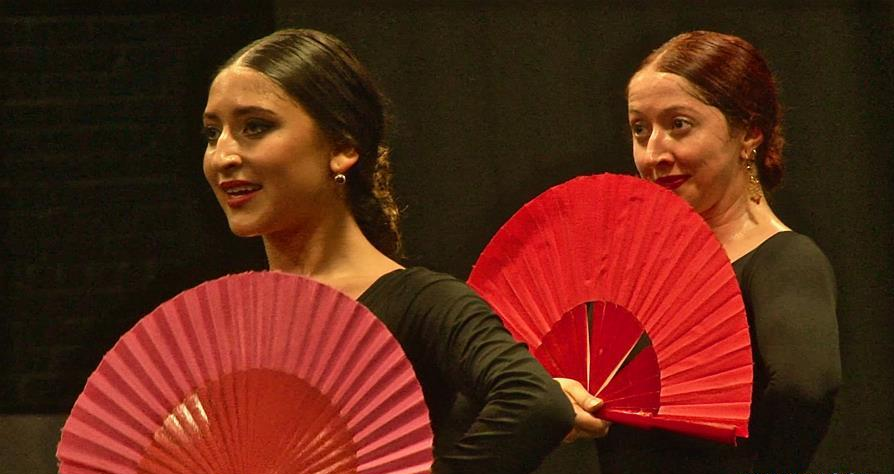 Albuquerque (Xinhua) -- Flamenco, the traditional folk music in southern Spain, enjoys exceptionally wide popularity in the Southwest of the United States. There are, in fact, more opportunities to experience live flamenco in the US. state of New Mexico than one might find in Madrid.

Joaquin Encinias, the artistic director and founder of Yjastros: The American Flamenco Repertory Company, attributes it to both early settlement of European Spaniards in New Mexico, as well as the state's long history of supporting a diverse array of innovative artistic endeavors through patronage and large enthusiastic audiences.

"New Mexico in general, is a hot bed for flamenco and I think there's an affinity here for the Spanish culture based on our roots, but I also think it goes beyond that as well," Encinias explained to Xinhua. "I think it has to do a little bit with our demographic and our socio-economic stature here in New Mexico that allows an art form, a little more niche art form, to cultivate and grow quite vigorously here."

He is the third generation of flamenco artists who helped establish the genre in New Mexico, and attributes some of the current popularity to his family's efforts. "I would like to think it's because of the work of my grandmother and mother, as well as my aunts and uncles who did a lot to establish a flamenco community here in Albuquerque (New Mexico)."

For anyone attending a flamenco performance for the first time, it is a compelling and dramatic experience. Colorful costumes, stirring guitars, and melodramatic singing create a thrilling concert.

Carlos Menchaca, one of Yjastros' dancers characterizes flamenco as, originally, the music of the disenfranchised.

"Flamenco has a tragic overtone at times. It speaks of anguish, of ill treatment of the poor or the immigrant. It is almost an outcry. It can also speak of the tragedy of forsaken love. However, sometimes it also paints beautiful poetic pictures of everyday village life," he said.

Menchaca was inspired by his aunt, who trained in both flamenco and classical ballet, while growing up in San Antonio, Texas. He came to Albuquerque to join Yjastros' distinctive approach to flamenco. When his aunt staged a three-day workshop with Joaquin Encinias, Menchaca was impressed with the Albuquerque artist's ability to "both dance and speak about flamenco with clarity" and knew then that he wanted to study with the dance group.

New Mexico has always been a hub for artists exploring new approaches to painting, photography, ceramics, writing, and dance in artist communities in the solitude of the desert.

To appeal New Mexican audiences who have a long history of appreciating avant-garde and experimental art forms, Yjastros has a somewhat revolutionary approach that combines the structured improvisation of traditional Spanish flamenco with modern American repertory dance.

In traditional flamenco, it is rare to see more than one dancer performing at a time. Yjastros, however, features multiple dancers in unified choreography, making it a uniquely New Mexican art form. Just as Menchaca described: "Yjastros takes it further. We broaden the horizons of flamenco ... but without compromising its true form."

The dance company's name is Spanish for "stepchildren" and it aptly describes a new southwest culture of flamenco, yet one that is still deeply rooted in its Spanish heritage.

Utilizing more than 60 pieces of choreography from Spanish and international artists, Yjastros is the voice of choreographic flamenco here in the United States. Through this way, Encinias believes the dance company has impacted the art in a large degree.

"We draw a lot of artists from Spain who come here and leave their stamp on our company through their choreography. We're a living archive of those pieces and a real important group of dancers and musicians that set the bar for a lot of young dancers to aspire to."

The company has achieved international recognition for its innovative interpretations of classic flamenco and regularly features some of the world's finest flamenco guest artists in their performances for American audiences. The company performs at a variety of venues in central New Mexico, as well as during the Annual Festival Flamenco de Albuquerque, which features renowned artists from all over the world.