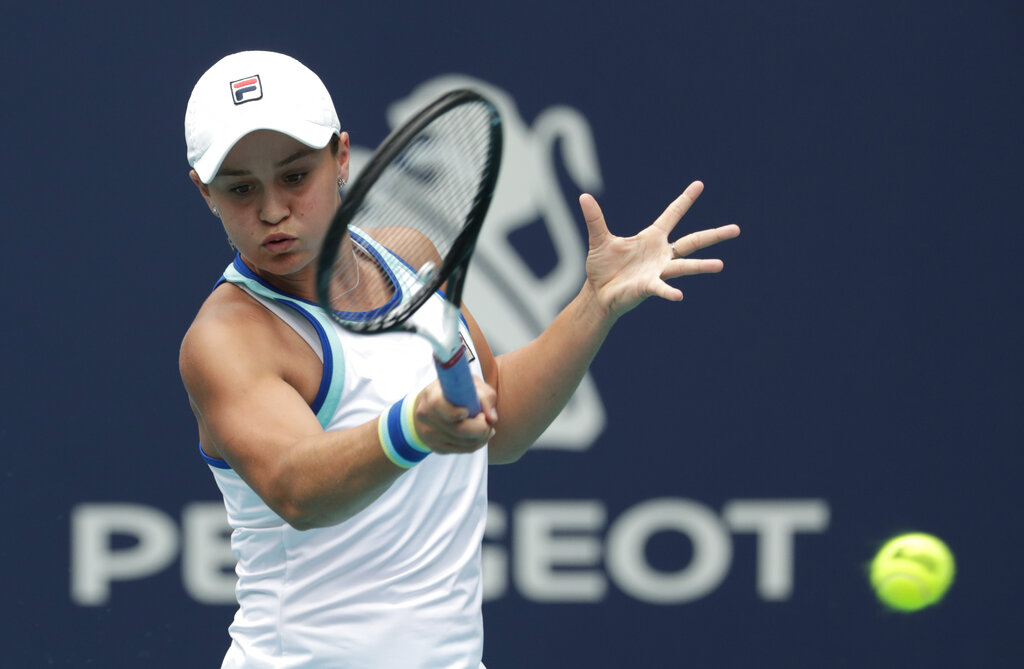 In this file photo dated Saturday, March 30, 2019, Ashleigh Barty of Australia, returns to Carolina Pliskova of the Czech Republic, during the singles final of the Miami Open tennis tournament, in Miami Gardens, Fla. (Photo: AP)

"I knew the first set would be key," Barty said after the opening day of singles. "It was just about me coming out and doing everything right. I prepared really well all week. This is why we train, we want to get down to crunch time, go out and enjoy it."

"It was an unbelievable match," Sabalenka said. "She played so quick, I couldn't touch the ball on her returns."

The teams will play reverse singles and a doubles match on Sunday.

It is the first Fed Cup meeting between the countries. Australia last reached the semifinals in 2014, losing 3-1 to Germany, and is looking to make the World Group final for the first time since 1993.

Belarus has reached the semifinals for the last three years and lost the 2017 final 3-2 to the US.

France is hosting Romania on clay at Rouen in the other semifinal this weekend.

The winners meet in the final on Nov. 9-10, with Australia playing at home if it advances.