Kristina Mladenovic of France will face second-ranked Simona Halep of Romania in the opening singles of their Fed Cup semifinal Saturday. 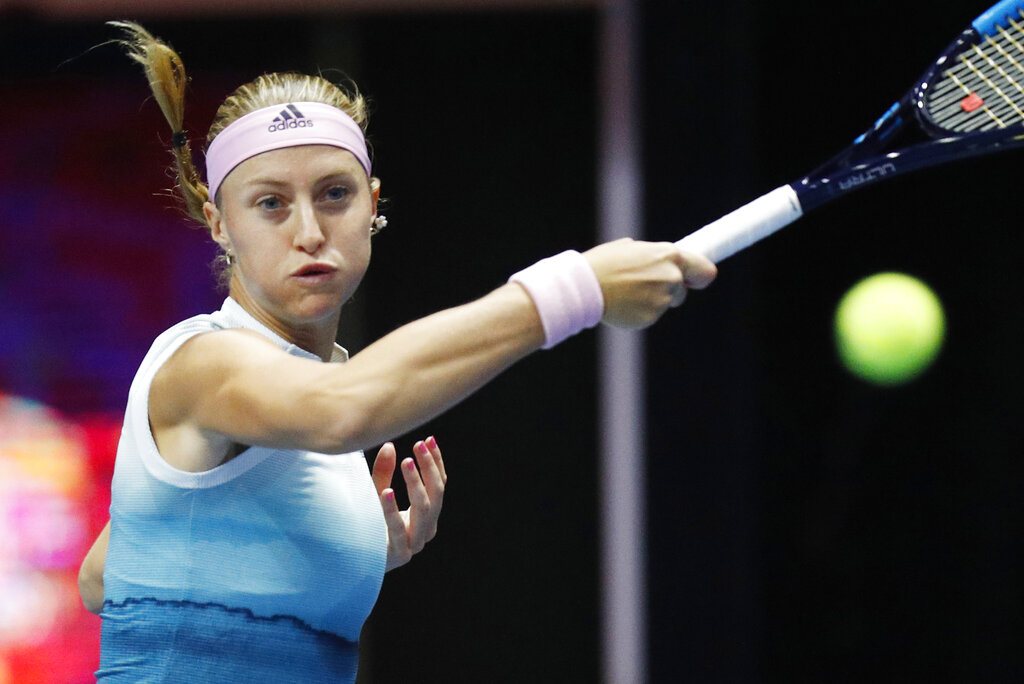 No. 21 Caroline Garcia meets Mihaela Buzarnescu in the second singles at the clay-court Kindarena in Rouen, northwest France.

Following the reverse singles on Sunday, Garcia and Mladenovic will take on Irina-Camelia Begu and Monica Niculescu in the doubles.

France has won the Fed Cup twice while Romania, which beat defending champion Czech Republic in the last eight, has never reached the final.

They meet for only the second time, with Romania having won in 1976.

Australia is hosting Belarus on hard courts at the Pat Rafter Arena in Brisbane in the other semifinal.