CULTURE Federer 'anxious' ahead of return in Cincinnati

Federer 'anxious' ahead of return in Cincinnati 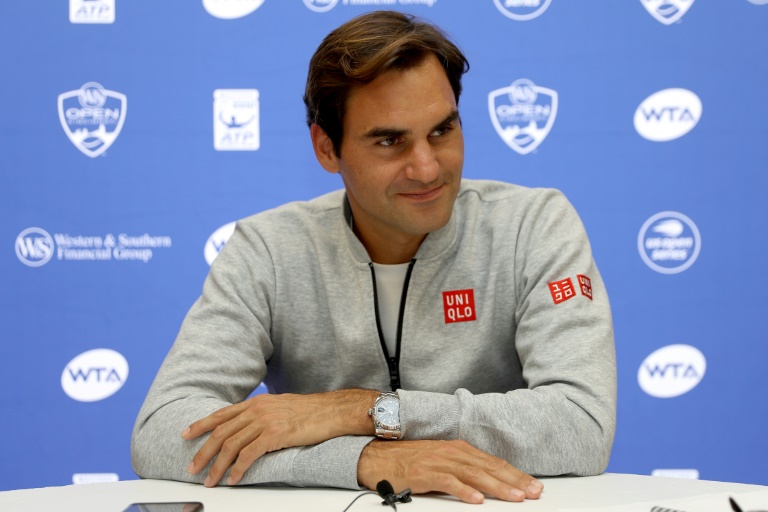 Roger Federer is returning to action for the first time since his quarter-final exit at Wimbledon. (Photo: AFP)

Roger Federer on Monday said he is eager to make his start at the Cincinnati Masters as the world number two begins his delayed summer hardcourt season.

With the US Open a fortnight away, the 37-year-old Swiss is keen to test his form prior to the August 27 kick-off of the last Grand Slam of the season.

The 20-time major winner skipped Toronto last week to pace himself with the tournament at Flushing Meadows followed by the Laver Cup in Chicago in mid-September.

"I've trained hard, I'm anxious. I chose to skip Toronto for the health of my body," the seven-time Cincinnati champion said. "I don't want to be hurt, there is too much to play."

But the Swiss admitted that sitting out competition is difficult.

"Watching from afar is tough," said Federer, who will start against Peter Gojowczyk after the German beat Portugal's Joao Sousa 2-6, 6-4, 7-5.

"But that's part of growing older, you've got to take care of the body.

"It's nice to be back and I hope to have a good tournament."

Federer last played a match on hardcourt 141 days ago, when he lost in the Miami second round to Thanasi Kokkinakis before skipping the clay season and returning on grass.

He said that while he would prefer not to take weeks away, it has now become a necessity in prolonging his fabled career.

"You've got to keep it all in perspective, it's easier now for me to take time away. I wish I could play everything but it's not possible.

"I'm more relaxed about my schedule now. I have more time for the family, which is important for me," the father of two sets of twins said.

"The hectic part of my life has passed. Even when I have to take time away, I still get something out of it."

Federer did express regret that Rafael Nadal, the Toronto champion, had to withdraw from Cincinnati in order to ease the strain on his body after a solid, if demanding, week of success.

"It's a pity Rafa is not playing, but it's still an amazing draw."