CULTURE Federer, Djokovic advance as Serena pulls out in Cincinnati

Federer, Djokovic advance as Serena pulls out in Cincinnati 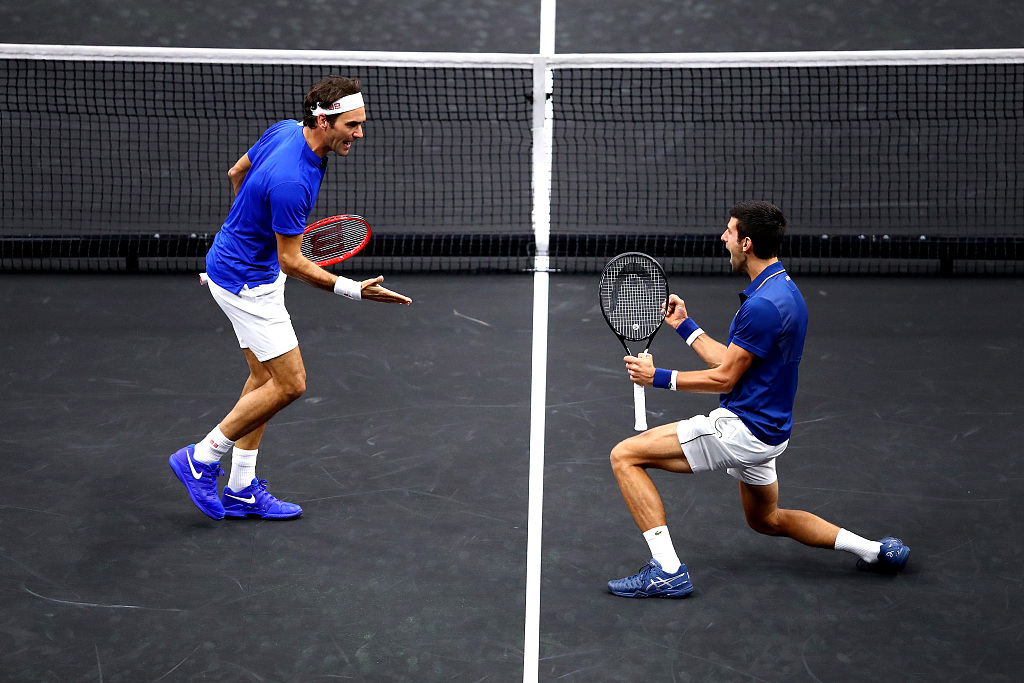 Roger Federer and Novak Djokovic overwhelmed opponents at the WTA-ATP Cincinnati Masters on Tuesday, where Serena Williams withdrew because of back trouble.

Williams had hoped to rebound from the back spasms that forced her out of the WTA final in Toronto on Sunday, where she lasted only four games before retiring.

But the 23-time Grand Slam champion said her back was "still not right" casting a further shadow on her chances at the US Open starting in Flushing Meadows on August 26.

For Djokovic and Federer, back in action for the first time since the Serb's victory over the Swiss in the Wimbledon final, it was a smooth start to their US Open build-up.

Federer, seeded third, remained unruffled by a one-hour rain interruption at 2-2 in the second set, eventually defeating Argentina's Juan Ignacio Londero 6-3, 6-4 to reach the third round at the event he has won seven times.

"I'm very happy, even if it was a bit tricky with the rain delay," Federer said. "I'm happy to be back on court.

"This is the start of a long, long hardcourt swing. It's good to begin with a win.

"I didn't know that much about my opponent -- he's new to the tour -- but at the end you have to concentrate on your own game."

Defending champion Djokovic double faulted three times as he dropped serve in the opening game against Sam Querrey but quickly put things right and pulled away for a 7-5, 6-1 victory over the American.

"I ended the match well even if the start was nervy," said Djokovic, who would break Querrey twice to take the first set then roll to victory.

"Sam was feeling comfortable on the court at the start and dictating. It was tough facing his big serve," Djokovic said.

He added that he was "hoping for a better performance in the next round," when he'll take on Spanish qualifier Pablo Carreno Busta -- who withstood 32 aces from John Isner and a match point before beating the American 6-4, 6-7 (1/7), 7-6 (8/6).

Williams, meanwhile, was left just trying to get healthy after pulling out of her scheduled first-round match against qualifier Zarina Diyas.

"I came to Mason (Ohio) on Sunday and have tried everything to be ready to play tonight, and was still hopeful after my practice this morning," Williams said in a statement released by tournament officials.

"But unfortunately my back is still not right."

It's another injury blow for the 37-year-old American, who was hampered by knee trouble earlier this season and remains in search of her first title since the 2017 Australian Open.

Under leaden skies after an overnight thunderstorm, Dimitrov broke in the 12th game of the first set to take the lead. The 33-year-old Swiss fought back with the only break in the second set.

Wawrinka then raced into a 5-1 lead in the final set but wasted two match points in the eighth game and was broken twice while serving for victory.

Wawrinka had to hold off his Bulgarian opponent in the final-set tiebreaker before squeezing through in more than two and a half hours with his 10th ace.

Venus Williams kept the family flag flying, the 39-year-old American putting her decades of experience to good use in a 6-3, 3-6, 7-6 (7/4) victory over defending champion Kiki Bertens.

"Before the match I felt quite good. Stepping on court, I'd say first few games was pretty bad," Bertens said.  "I didn't start the match in a loose way. I knew that I had to defend the title."