CULTURE Federer ends slow starts, rolls into fourth round at US Open

Federer ends slow starts, rolls into fourth round at US Open 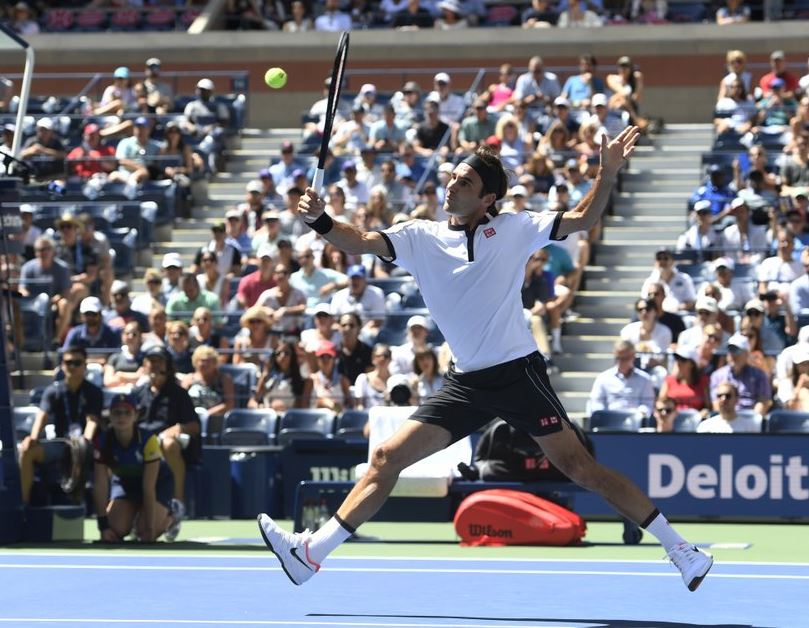 Roger Federer, of Switzerland, returns a shot to Daniel Evans, of the United Kingdom, during round three of the US Open tennis championships Friday, Aug. 30, 2019, in New York. (Photo: AP)

Roger Federer didn’t change much, outside of where his team was sitting.

He certainly wasn’t going to overreact to a couple of poor starts after all these years and do anything different with his tennis.

Federer rolled into the fourth round with a 6-2, 6-2, 6-1 victory over Dan Evans of Britain on Friday, looking more like the guy who has won five US Open championships than the one who had dropped the opening set in his first two matches.

“At the end of the day, I think what matters the most for me is that I am in the third round, after all, after those two sort of slow starts,” Federer said. “Give myself another opportunity to do better, and I did.”

Federer hit 48 winners to Evans’ seven and had a 10-0 advantage in aces while winning the match in just 1 hour, 20 minutes.

Then Serena Williams, who had also dropped the first set before beating 17-year-old Caty McNally in her previous match, moved to the fourth round by beating Karolina Muchova 6-3, 6-2.

Also Friday, McNally and fellow teenager Coco Gauff — who faces top-seeded Naomi Osaka on Saturday — won their women’s doubles opener. They received a wild card into the tournament and won a hardcourt title in Washington earlier this month.

Federer had dropped the opening set in his first two matches for the first time in his 19 US Open appearances. No man has done that and gone on to win the tournament, but the No. 3 seed isn’t one to worry about history.

Nor is he superstitious, which is why he didn’t care when asked if it was OK if his family and support staff moved from their usual spot in the stadium to another, where they could find more shade. Supporters of Evans were on the sunny side.

But Federer, a 20-time Grand Slam champion and one of the most popular players in the sport, wasn’t in a joking mood during his news conference, after a suggestion that he asked to play the first match of the day on Arthur Ashe Stadium after Evans had to play Thursday afternoon because his second-round match was pushed back a day by Wednesday’s rain.

Federer agreed that it was a disadvantage for Evans to play two days in a row while he had an extra day off, but grew angry when asked if he had lobbied to play early.

“I’m sick and tired of it, that apparently I call the shots,” Federer said. “The tournament and the TV stations do.”

Evans, while praising Federer’s performance, was disappointed in his schedule after playing four sets Thursday to upset No. 25 Lucas Pouille.

“It would have been nice to be second or a night match,” he said. “I’m not sure who plays Novak (Djokovic), but, you know, someone’s going to get the short straw and it was me.”

The women’s field nearly lost one of its top seeds, but 2016 runner-up Karolina Pliskova held on to edge Ons Jabeur 6-1, 4-6, 6-4 and reach the fourth round.