Seven cat lovers jointly invested 400,000 yuan ($58,246) to set up a "cat paradise" for stray cats in the suburb in Zhengzhou, Central China's Henan province. They organize many cat lovers to feed the cats together, attracting more volunteers to join in. 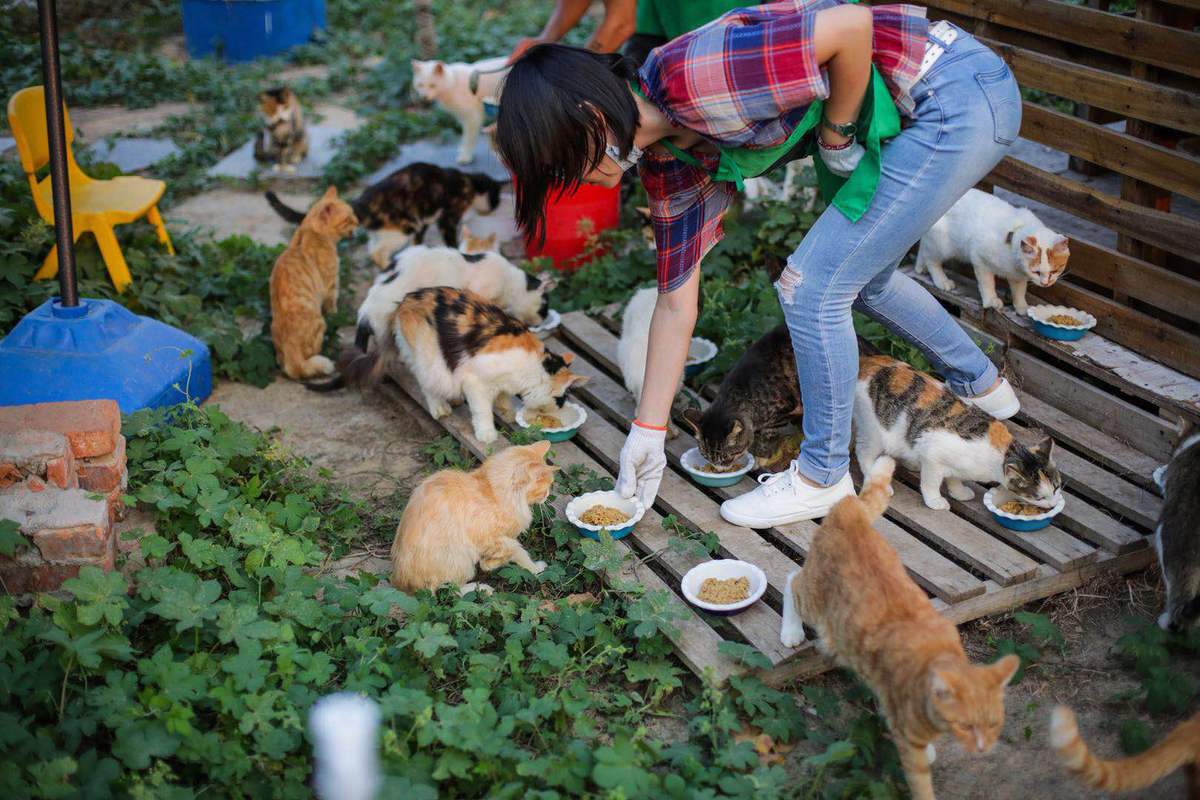 A cat lover feeds the cats in the suburb in Zhengzhou, Henan province. (Photo: chinadaily.com.cn)

The cats were in a semi-wild state in this rescue center, which helped the cats to adjust.

Zhao Yue, 32, one of the founder of the cat rescue center, said, cats' living habits were different from the dogs, their original intention of building a "cat paradise" aimed to let more stray cats have their own rescue station, in order to provide them with an "exclusive use" area and serve them better medical assistance.

"The cat rescue station opened in May, it is becoming increasingly well-organized and systematic. Up to now, nearly 460 cat lovers have joined in," Zhao said.