Women and rap triumphed at the Grammys on Sunday as female acts took home top prizes including album of the year and best new artist, and Childish Gambino made history when his hit "This Is America" became the first rap-based track to win record and song of the year. 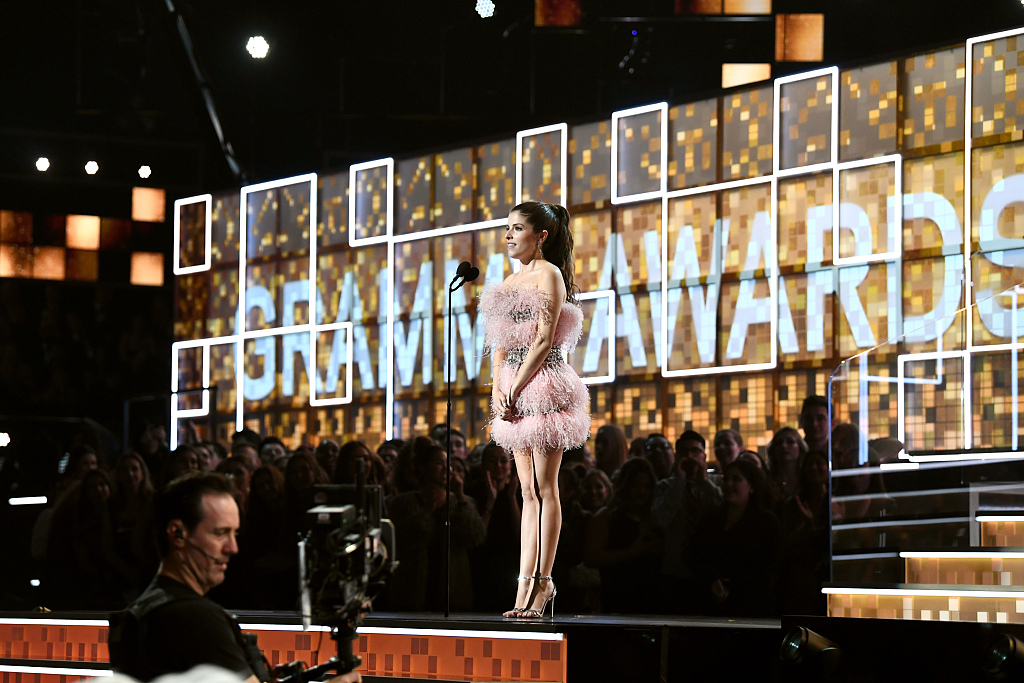 Kacey Musgraves' country-pop release "Golden Hour" won album of the year, and British singer Dua Lipa won best new artist — a year after female voices were somewhat muted at the 2018 ceremony and the Grammys were criticized for the low number of female nominees.

Six women were nominated for best new artist, and five of the eight album-of-the-year nominees were women, including Brandi Carlile, who described herself as "a kid from the '90s from Lilith Fair."

"Tonight gives me hope as a mother of two young daughters," said Carlile, who won three honors in the Americana category and was the most nominated women with six.

Ludwig Goransson, who co-wrote and produced Gambino's song, said he was surprised a rap song had never won in the past.

"If you listen to the radio or if just you watch our culture or look at the most downloaded and streamed artists and bought albums, you see what's at the top and what people listen to and you see what people get inspired by. It's about time something like this happened," he said backstage.

Gambino's historic win comes years after rappers have struggled to win in the top categories, including Jay-Z, Kanye West and Kendrick Lamar. Drake, who has lost in the big four categories over the years, told the room of musicians that winning awards isn't necessary if you have real fans attending your concerts and singing your songs.

"Look, if there are people who have regular jobs who are coming out in the rain and the snow, spending their hard-earned money to buy tickets to come to your shows, you don't need this right here. I promise you. You already won," said Drake, who won best rap song for "God's Plan."

He tried to continue speaking but was cut off as the ceremony suddenly went to a commercial.

The last time a rapper won album of the year was in 2004 with Outkast. Only a handful of rappers have won best new artist. Cardi B also made history as the first solo female to win best rap album (Lauryn Hill won as a member of the Fugees at the 1997 Grammys).

She was shaking onstage as she tried to give a thank-you speech with her rapper-husband Offset holding her arm.

"The nerves are so bad. Maybe I need to start smoking weed," she said as the audience laughed. "I just want to say thank you everybody that was involved ... I want to thank my daughter." 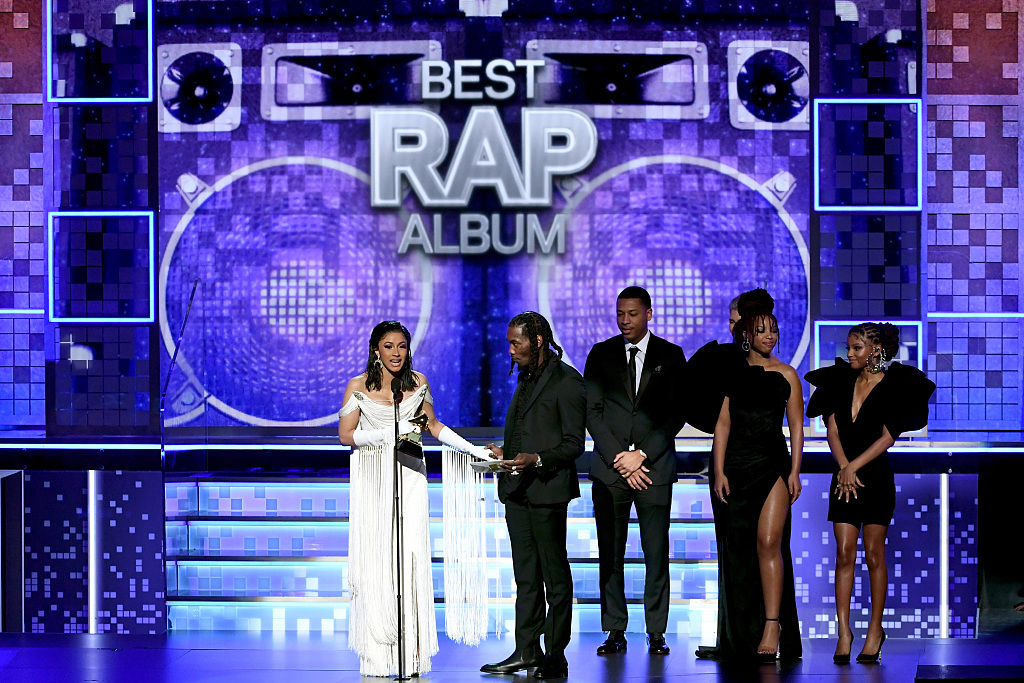 Cardi B, Offset, and Brooklyn Johnny accept the Best Rap Album for 'Invasion of Privacy' from Chloe Bailey and Halle Bailey of Chloe x Halle onstage during the 61st Annual GRAMMY Awards at Staples Center on February 10, 2019 in Los Angeles, California.

At the 2018 Grammys, male acts dominated in nominations, and the only woman competing for the top award, Lorde, did not get a chance to perform onstage.

Recording Academy CEO Neil Portnow, who last year said women need to "step up" and later acknowledged that it was a "poor choice of words," seemed to address his 2018 comments during Sunday's show.

"This past year I've been reminded that if coming face to face with an issue opens your eyes wide enough, it makes you more committed than ever to help address those issues. The need for social change has been the hallmark of the American experience, from the founding of our country to the complex times we live in today," said Portnow, who did not seek a renewal on his contract, which ends this year.

Lipa alluded to Portnow's 2018 words when she won best new artist: "I guess this year we've really stepped up."

The Grammys kicked off with a group of powerful women, including Michelle Obama, describing the role of music in their lives.

"Music has always helped me tell my story," said Obama, who surprised the audience with her appearance. "Whether we like country or rap or rock, music helps us share ourselves. It allows us to hear one another."

Gaga, Jada Pinkett Smith and Jennifer Lopez also spoke and stood in solidary with Obama, Gaga and Alicia Keys, who hosted the show. 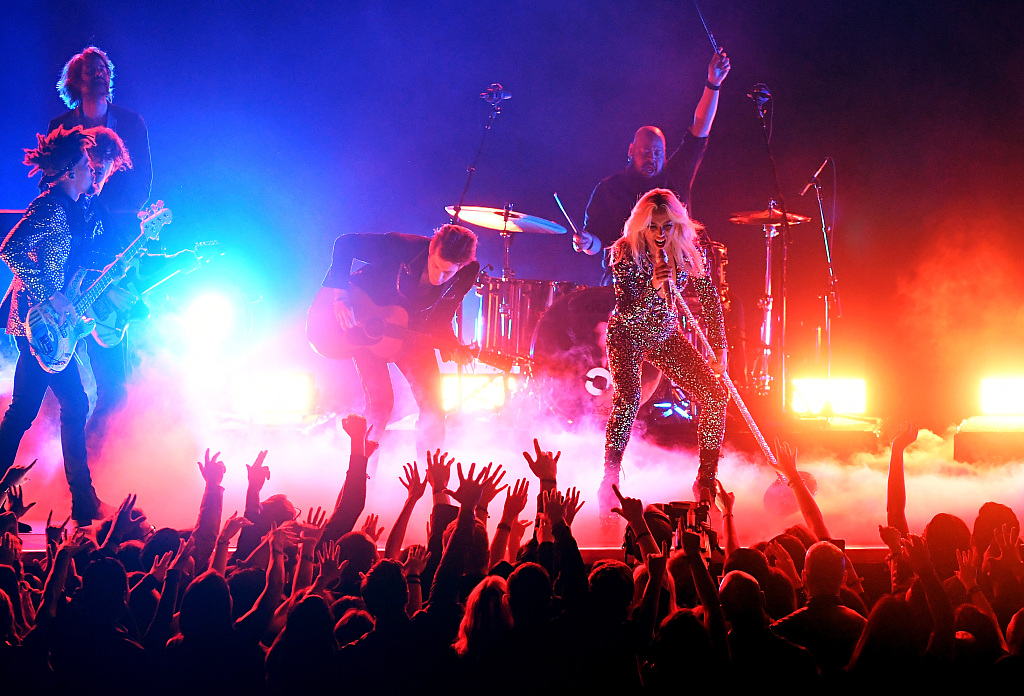 "Yes, ladies," Keys said. "There's nothing better than this."

Gaga won three Grammys, including best pop duo/group performance for the Oscar-nominated hit "Shallow," a win she shared with Bradley Cooper. Gaga performed the song solo since Cooper was in London for the British Academy Film Awards.

Yolanda Adams, Fantasia and Andra Day teamed up for a stirring performance of "(You Make Me Feel Like) A Natural Woman" in honor Aretha Franklin, who died last year.

Diana Ross earned a standing ovation when she emerged onstage in a bright red dress to perform "Reach Out and Touch (Somebody's Hand)" and "The Best Years of My Life." She celebrated her 75th birthday early with the performance, saying afterward, "Happy birthday to me!" Her actual birthday is March 26.

R&B singer H.E.R., who won two R&B awards, stunned as she played her guitar and sang. Chloe x Halle, nominated for two awards, impressed when they sang Donny Hathaway and Roberta Flack's "Where Is the Love."

Ariana Grande won her first Grammy in the same week that she publicly blasted Grammys producer Ken Ehrlich and accused him of lying about why she was no longer performing at the show.

Beck was a double winner during the pre-telecast, taking home best alternative music album and best engineered album (non-classical) for "Colors." Emily Lazar, one of the engineers who worked on the album and won alongside Beck, was the first female mastering engineer to win in the latter category.